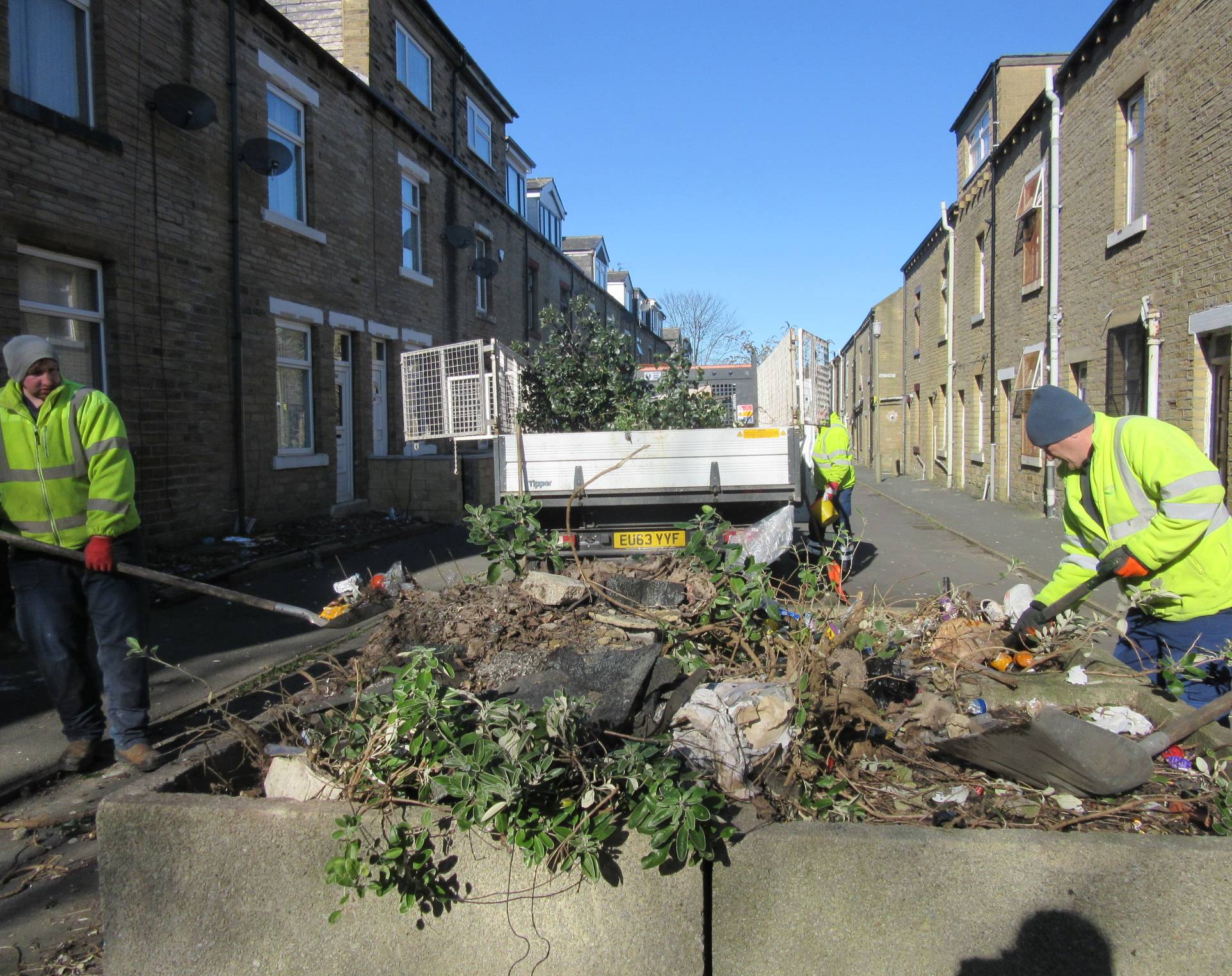 The Clean for the Queen campaign was a great success in Calderdale with Council staff and volunteers getting stuck in to tidy up the borough.

Clean for the Queen was a nationwide campaign to get the country looking its best ahead of the Queen’s 90th birthday on Thursday 21 April.

The Council and partners took to areas in and around Halifax and the Lower and Upper Valley, aiming to target spots in need of a royal clean up.

Approximately 800 bags of litter were collected, with the biggest successes coming from removing overhanging vegetation within terraced housing areas, and removing fly-tipping which approached 17 tonnes and was made up of mattresses, settees and builders’ rubble.

The clean up in Hipperholme saw great support from residents, businesses and councillors, with the efforts focussed on the area around Hipperholme crossroads.

There was a successful clean up in Park ward, with the Halifax Central Initiative lending a hand, focussing on litter picking around the St Augustine’s School area and then above the Queen’s Road Neighbourhood Centre to Mile Cross Road and Warley Road.

In Elland, Council staff filled rubbish bags around the Spire hospital area with the Lower Valley team spending the day working along the highway up to the Huddersfield boundary litter picking on the verges and banked areas and on the roundabout.

“The Clean for the Queen events were a great success in Calderdale, with staff, partners and volunteers getting involved to give the area a spring clean – even if there was snow on the ground in some parts!

“Our teams do a great job keeping the borough tidy, but a targeted effort with extra help gives us a further boost to make the places where we live more beautiful.”