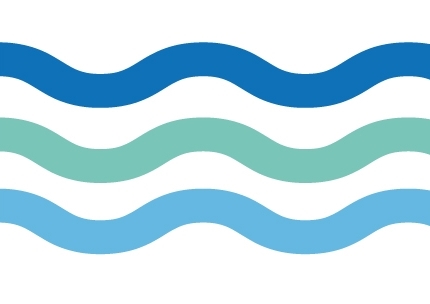 An extra £21m has been pledged by the Government to benefit communities in the Calder Valley as part of a new round of flood defence investment announced by Environment Secretary Theresa Villiers today (Tuesday 10 September 2019).

Thirteen flood defence projects across Yorkshire, Cumbria, the North East and the South East of England will benefit from a share of over £62 million, which as well as helping develop existing flood defences, will boost economic regeneration and increase prosperity in those areas.

More than 3,000 properties flooded in Calderdale during the 2015 floods, leaving communities in the area badly affected.

An extra £19m has been allocated to ensure the delivery of flood defence schemes in Hebden Bridge, Mytholmroyd and Brighouse.

Construction work in Mytholmroyd is progressing at pace with the defences expected to be completed by summer 2020. Plans for schemes in Hebden Bridge and Brighouse are also being developed with work due to start on site by winter 2020. Sowerby Bridge will also receive £1.7m additional funding so that defences can start to be developed.

“We are delighted to secure this additional funding from Government to help provide better protection for people and businesses in Calderdale who were devastated  by the 2015 Boxing Day flood event and continue to live and work with the risk of flooding.

“Construction of the Mytholmroyd Flood Alleviation Scheme is progressing at pace and we are working hard with partners and the community to finalise plans for Hebden Bridge and Brighouse.  This extra funding will also help us secure funding from other sources to ensure we can do even more for people, businesses and the environment.”

In total, more than 9,004 homes throughout England will be better protected against flooding through this round of funding. The extra funding is in addition the government’s commitment to invest a record £2.6 billion over six years up to 2021 to better protect 300,000 homes across the country.

“I am delighted to announce over £60m of additional funding to better protect communities which are vulnerable to flooding, particularly across parts of northern England.

“Events this summer have shown that investing in flood risk management is more important than ever, and this funding builds on our long-standing £2.6 billion commitment to better protect 300,000 homes from flooding and coastal erosion over six years.”

Funding will support the development of 11 projects in the Northern Powerhouse, including five in Yorkshire, four in Cumbria and Lancashire and two in the North East. Other projects include the Shonks Mill Flood storage Area on the River Roding and the Lincoln Defences.

Emma Howard Boyd, Chair of the Environment Agency and UK Commissioner on the Global Commission on Adaptation said:

“This extra funding will help us to go even further in our mission to better protect communities up and down the country from the terrible effects of flooding. We will work closely with these communities to design and build projects which not only reduce flood risk but which also benefit wildlife and the local economy for decades to come.

“These projects support our long-term vision to build greater resilience into our homes, businesses and infrastructure so that we are better prepared for the additional risks that climate change will bring.”

More information about the Mytholmroyd scheme is available at https://eyeoncalderdale.com/mytholmroyd-flood-alleviation-scheme(external link)