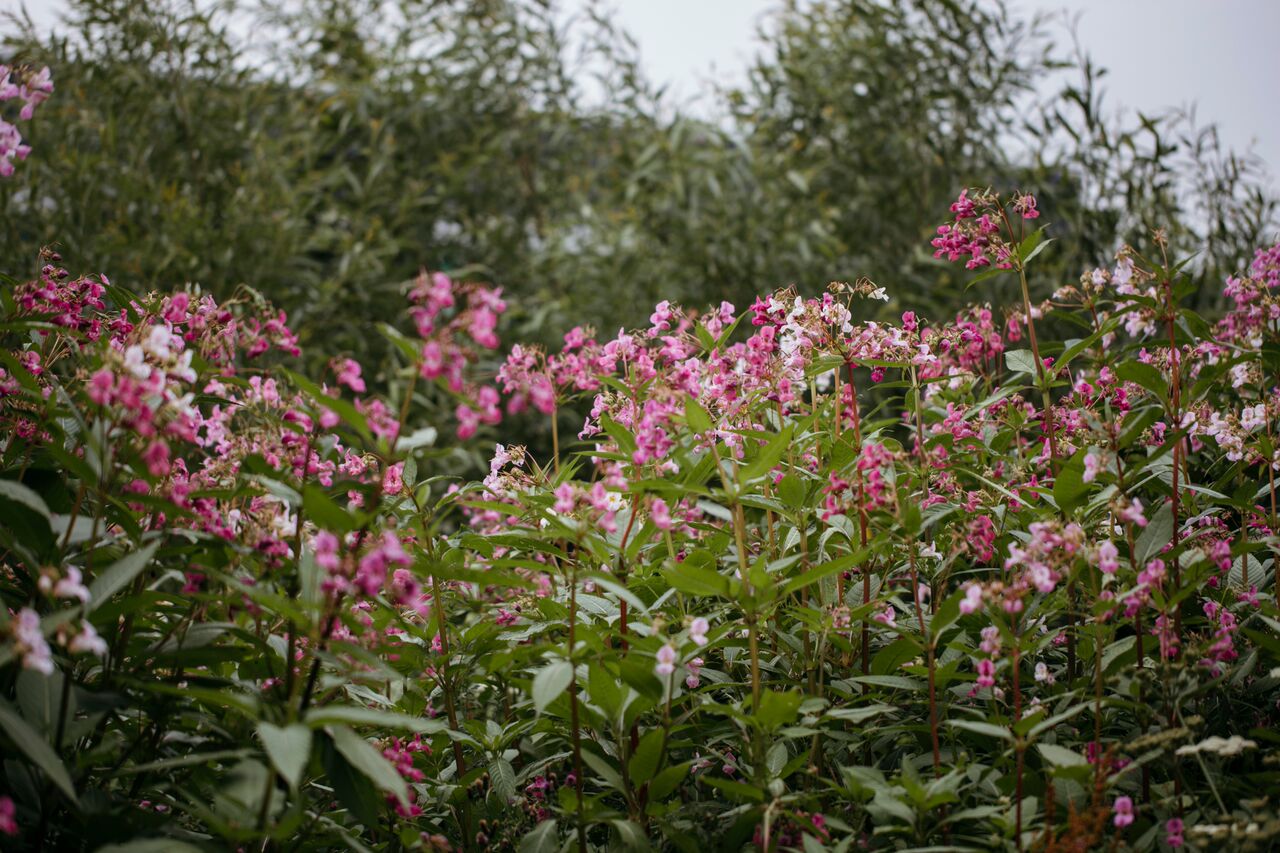 People living in Calderdale are being urged to do their bit and help clear any invasive species Himalayan balsam from their backyard and local neighbourhood this month (July).

As part of a social media campaign they are asking residents, gardeners, walkers, joggers, families, landowners and voluntary groups to take action throughout July quickly near to where they live to help prevent the spread of the species which is a widespread problem across the whole of the UK including Calderdale.

Himalayan Balsam thrives in damp habitats and can completely take over river banks and woodland, crowding our native species preventing them from growing. The plant has explosive seed heads so spreads very easily .After flowering the seed pods can explode when touched scattering seed up to 7 metres away. It is easy to accidently spread the seeds and in many cases this is caused by human activity.

Normally, Calder Future would organise groups of volunteers to carry out Balsam basing at hotspots across the district, but due to government social distancing restrictions following the coronavirus outbreak, it will not be possible this year. For further guidance and advice on how they can help, members of the public can email: info@calderfuture.org.uk

Sally Kelling, flood resilience officer with the Environment Agency, who is coordinating the local Balsam Bashing campaign in Calderdale, said:

“Himalayan Balsam has a very negative impact on our environment. It often results in bare river banks in winter increasing the chances of soil erosion, danger of landslides and risks of flooding which is a particular problem for the Calder Valley.”

“It would be great to involve as many local residents in this campaign as possible to make a big hit on the invasive balsam this year. The weather conditions for the plant will cause it to spread and grow tall this season, as we have had the heat followed by the rain.

“Areas where local activists have been pulling the balsam over the last years, such as Knott Wood near Charlestown and at Nutclough Woods near Hebden Bridge, have seen a marked improvement and an increase in native flora coming back after the removal of the balsam.”

“I would encourage everyone to play their part in removing this invasive plant species. Himalayan balsam has wide ranging impacts on biodiversity and the health of important habitats, particularly along Yorkshire’s river network. It is simple and easy to remove the plant by hand, breaking the stem to prevent regrowth and seed production. A small individual act of pulling balsam in your local patch can collectively provide more space for native species to thrive and restore these important habitats for people and wildlife ”

“Himalayan Balsam is a threat to our natural environment and is a particular problem around our riverbanks. It’s really important that we all take whatever action we can to help get this species under control as soon as possible.

“The plant is safe to touch but can spread very rapidly. Although we can’t organise our usual group events this year, we’re asking for individuals to look out for the plant close to their homes or when out and about and, if they’re able, help to clear it.”

Himalayan Balsam is a native plant of the western Himalayas. It is an annual species that can grow up to 3m in height and has purplish-pink slipper shaped flowers which appear in June

Areas where Himalayan Balsam is a particular problem in Calderdale are:-

Tips for clearing Himalayan balsam are: