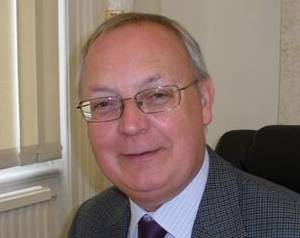 Delays and cancellations on the Calder Valley line are having a severe impact on businesses and commuters according to the Leader of Calderdale Council.

The latest performance figures published by Northern Rail, which owns the franchise across much of the North of England, including the Calder Valley line, show that only 39.7% of the company’s trains arrived at their destination on time.

The introduction of the new timetable in May 2018 caused chaos throughout the national rail network, with the Calder Valley line being particularly badly hit.

In the first three days 25 services were cancelled and over a third of services (36%) were delayed by three minutes or more.

The line is consistently one of the poorest performers across the West Yorkshire network.

“We deserve a 21st century rail service.  We need rapid, reliable trains and clean, good quality carriages with Wi-Fi, so that people can commute in comfort and arrive at their destination on time.

“It isn’t good enough that services are frequently late.  We need people to choose to travel by train as it’s a more sustainable form of transport but that’s not realistic if the service is unreliable.   And all too frequently passengers are squeezed into two carriages when four should have been provided.

“We demand better, it’s time for the Government to invest more and to upgrade the line.  Enough is enough.”

Major employers including Lloyds Banking Group and RSA main hubs are located in Calderdale, while Nestles International, Covea Insurance and SSP have global headquarters in Halifax.  The rail service is essential for these businesses and their workforce.  And many companies based in Leeds and Manchester depend upon employees living in Calderdale who commute by train.

One Calderdale company which regularly feels the impact of the poor standard of service along the Calder Valley line is Lucy Zodion, which designs and manufactures street lighting control and power distribution equipment.

The business premises are directly opposite Sowerby Bridge station, in theory providing the perfect transport links to Leeds and Manchester.

“We’re proud to be based in Sowerby Bridge.  We’re a global company in a beautiful location, however I do feel that the service creates a poor impression and doesn’t reflect well on an area with so much employment potential.  It doesn’t do us justice and it doesn’t reflect our ambitions. We’re developing next generation 21st Century solutions, yet our employees and visitors are let down by a poor public transport service, seemingly stuck in the 20th Century.

“We regularly have visitors from all over the UK and they’ll often choose the train, however it causes issues when there are delays and cancellations.  We’ve frequently had to shorten meetings and rearrange things, which reflects badly on our business.

“I know it’s had an impact on our workforce too. Some staff who tried to commute by train have reverted to driving, which is really shameful. Especially since we strive to consider the environmental impact in everything we do.

“We’d certainly support calls for investment in the line, it feels long overdue.”

Calderdale Council is committed to the campaign for the electrification of the Calder Valley line.  This would improve journey times; make train services more reliable, cheaper to run and less costly for passengers; help cut congestion on the roads; and reduce impacts on the environment through better air quality and fewer carbon dioxide emissions.