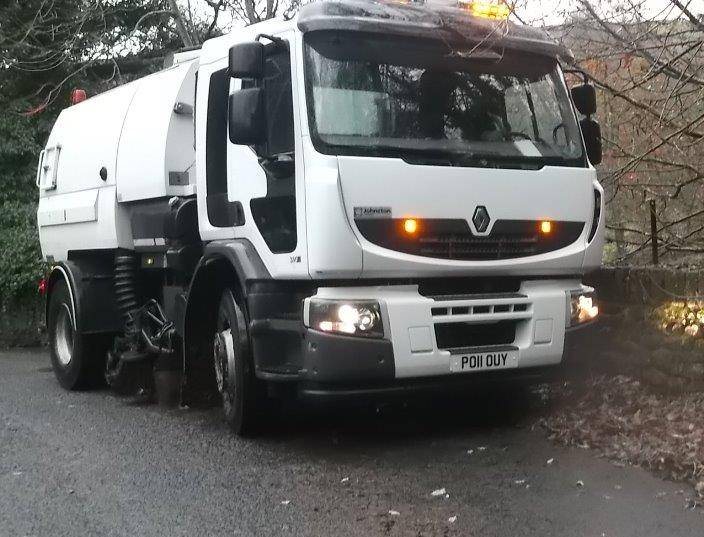 Calderdale Council’s Safer Cleaner Greener team has been working hard to make sure that no autumn leaves are left behind as we enter the winter season.

Since the start of November the team has been out in force using gully wagons, sweepers and manually clearing leaves across Calderdale.

Two large sweepers are working a ten-hour day, seven days a week, and are currently averaging between 60 and 70 loads, removing between 250 and 300 tonnes each week, depending on the area.

The sweepers are each covering between 550 – 600 miles per week, depending on where they are clearing and then disposing of the leaves.

“We know it’s vital to keep drainage clear of leaves and debris, particularly in areas where this can cause problems during periods of heavy rain. We’ve allocated extra resources to tackle the problem quickly, following the windy autumn weather which led to a build-up in some areas.

“Council teams have been working extended hours each week and over weekends to make sure that roads and drains stay clear throughout the autumn. Our Highways team has hired in an additional sweeper specifically for leaf clearance so that we can make sure that we stay on top of the problem.”

Mini-sweepers are keeping footpaths and minor roads clear.  Initially they prioritised flood prone areas but now they are sweeping their way across the rest of Calderdale.

Most trees have now shed their leaves so the clearance programme will continue until January, when it will be reassessed. The sweepers will then return to their usual routes across Calderdale.

It is important that people report any blocked gullies to the Council so that these can be cleared. This can be done online at www.calderdale.gov.uk – search for ‘blocked gullies’.

To see our sweepers in action, follow #CleanCdale on twitter for photos and videos of Council staff hard at work.