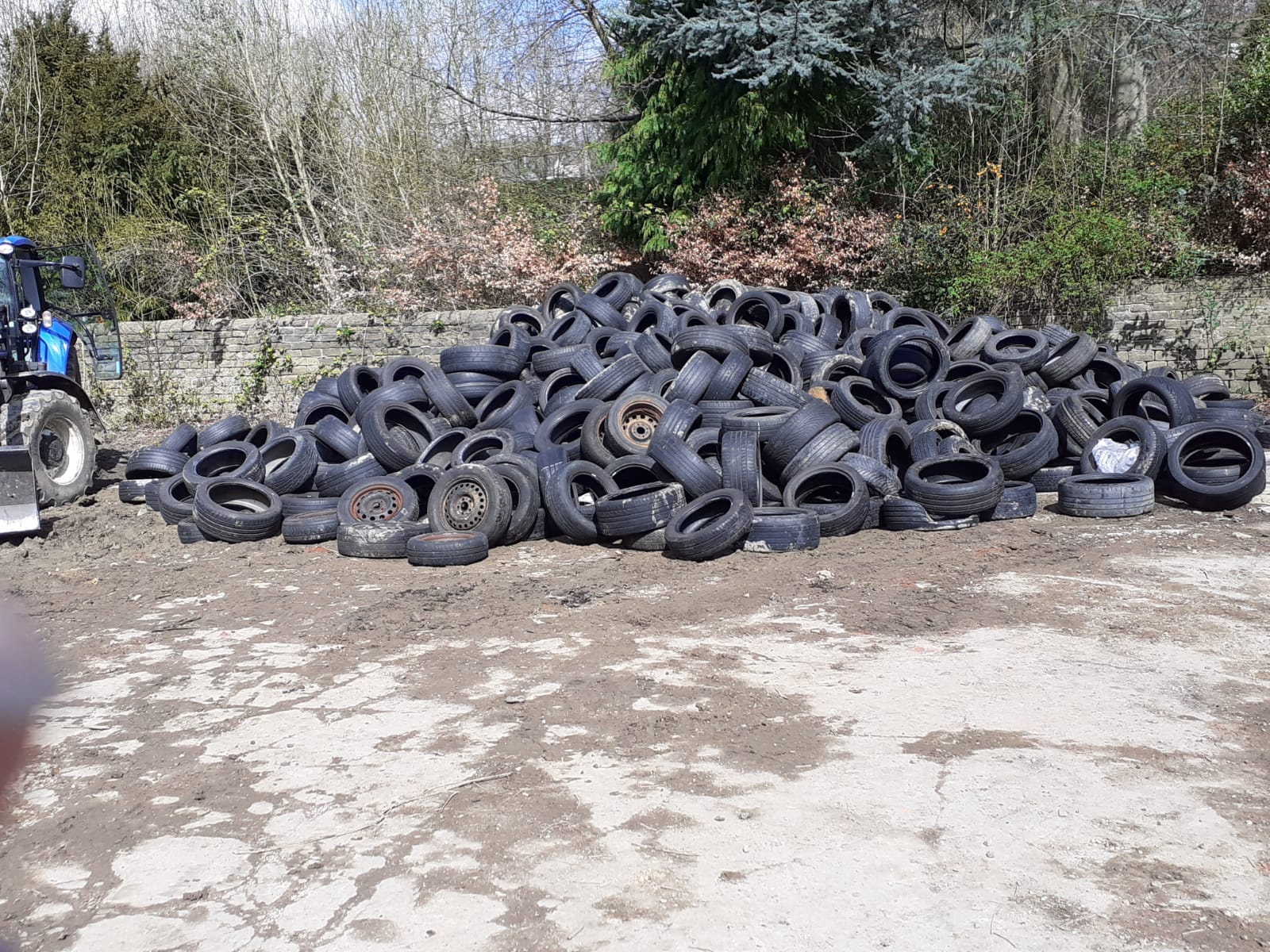 The clean-up effort involved 14 people, ten vans and additional traffic management operatives and vehicles. It took the group around five hours to clear a large amount of tyres and other rubbish which had been dumped along a long stretch of the road.

Three tonnes of rubbish was cleared, with over 800 tyres collected.  The whole operation cost the Council around £4500.

Although this was a serious example of fly tipping, unfortunately the Council continues to deal with a high number of illegal dumping/ fly tipping cases, costing an average of around £200,000 per year.

The Council works hard to tackle the issue and seeks to identify evidence within any rubbish found. Catching the culprits of this serious crime also relies heavily on eye-witness reports and any information provided by local people is taken seriously and is always treated anonymously.

Where evidence is found, the Council won’t hesitate to prosecute those responsible and it continues work with the Environment Agency and the Police to bring perpetrators of environmental crime to justice. Serious offenders could face a fine of £50,000 or up to five years in prison.

“The recent case of fly tipping along Cold Edge Road was a serious and selfish crime, which not only caused a danger to the environment, but also blighted the landscape on one of our most scenic, moorland routes.

“Incidents like this one require a great deal of resource to resolve and cost a significant amount of taxpayers’ money to clear away. We do all we can to tackle the issue, but also rely on eyewitness reports to provide key evidence to catch the culprits and prevent issues in future.

“If you witness fly tipping or are aware of who might be involved in these crimes, please don’t hesitate to let us know, alternatively it can be reported to Crimestoppers (https://crimestoppers-uk.org(external link)). All reports are taken seriously and are always anonymous.”

For more information about the laws around fly tipping and for advice on how to dispose of waste responsibly, visit: https://www.calderdale.gov.uk/v2/residents/community-and-living/clean-streets/fly-tipping