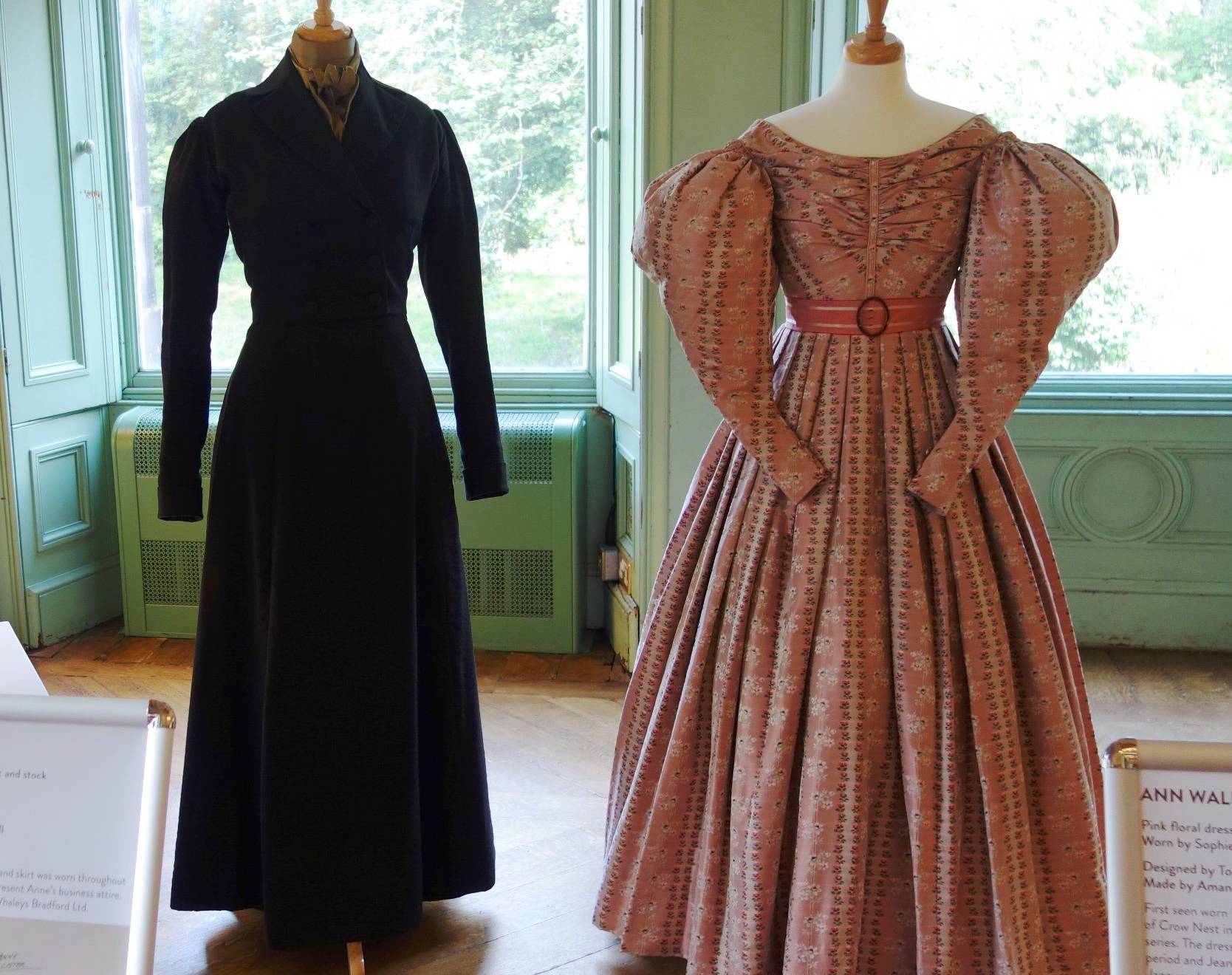 Fans of Gentleman Jack have an exclusive opportunity to get up close to costumes worn in the hugely successful BBC and HBO series about Anne Lister of Shibden Hall, Halifax.

Calderdale Council has teamed up with the costumes’ designer, Tom Pye, to display a selection of outfits and accessories at Bankfield Museum in Halifax, from Friday 12 July to Saturday 26 October 2019.

“We’re extremely excited to be showcasing these iconic costumes, which can only be seen in Halifax. For Gentleman Jack fans, or anyone with an interest in period fashions, this is a unique opportunity to see the impressively detailed outfits and props.

“With visits to Shibden Hall and Calderdale rocketing thanks to the drama’s popularity, the costume display is yet another distinctive reason to visit the area.”

It’s also a great chance to combine a visit to Bankfield Museum with nearby Shibden Hall – where Anne Lister lived and Gentleman Jack was filmed – and the many other attractions that Halifax and Calderdale have to offer. That includes walking in Anne Lister’s footsteps in the places she visited, like The Piece Hall and the 900-year-old Halifax Minster.

The costumes are on loan from Lookout Point, the production company that made the series, which was written and directed by the Bafta-award winning writer Sally Wainwright. The outfits were worn by a range of the show’s characters, including Anne Lister, Ann Walker, Anne’s lady’s-maid Eugenie, and the Queen of Denmark.

Highlights include the famous top hat worn by Suranne Jones in her portrayal of Anne Lister – businesswoman, traveller and first modern lesbian; and the stunning pink dress with ‘leg of mutton’ sleeves worn on screen by Sophie Rundle as Ann Walker.

Tom Pye designed the costumes for the drama series and worked with the Council’s curator to create the striking display. He revealed behind-the-scenes information about the costumes, which the museum staff are ready to share with visitors. Tom said:

“I was lucky enough to know about the series well in advance, so I bought every book I could find on that period. I also really wanted to see as many pieces of original clothing as I could. So I made appointments at museums with good fashion collections in Bath, Chertsey, Bankfield Museum in Halifax, Winchester as well as the John Bright collection in Cosprop, London. It’s so much better seeing [fashion collections] in person. True fabrics and construction. In your hands you can see how they were made inside out.”

Visitors to the costume display in Bankfield Museum’s Oak Gallery can also see the fantastic new Fashion Gallery on the museum’s top floor, with original clothing from the time of Anne Lister and fashions ranging from ancient Egypt to the modern day.

Harnessing the long-term impact of Gentleman Jack on tourism and Calderdale’s visitor economy is one of the Council’s key ambitions during the first 100 days of its new Cabinet. Plans will look at taking Calderdale’s distinctiveness as a heritage destination to the next level, especially now a second series of the hit show has been confirmed. The plans will also aim to ensure that Shibden Hall and Estate maintain their high-quality visitor experience as visitor numbers increase, looking at a number of options such as signage and merchandise improvements.