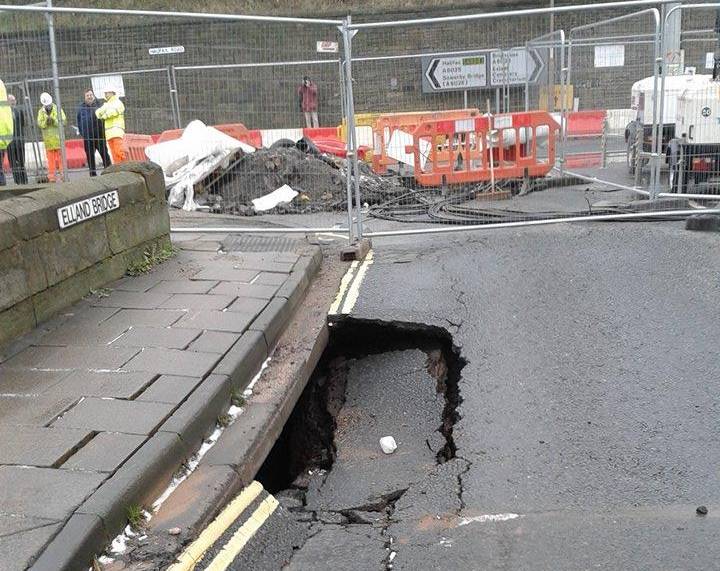 Ministerial Flood Recovery Envoy for Yorkshire Robert Goodwill today (17 January) announced up to £5.5 million of funding to rebuild Elland Bridge in Calderdale, West Yorkshire and construct a temporary foot bridge nearby, after the historic crossing was damaged in the recent floods.

This new funding will enable Calderdale Council to rebuild this listed bridge following structural assessments that have been undertaken by specialist engineers and construct a temporary crossing needed to reconnect the local community.

The money is in addition to £3.3 million provided by the government to repair Tadcaster Bridge in North Yorkshire and build a temporary footbridge, announced by Robert Goodwill last week.

“We are determined to help the hardworking families and businesses of Yorkshire get back on their feet as soon as possible after these devastating floods. A good local transport system is the lifeblood of the region, and key to a thriving economy.

“I am pleased to announce that we are providing a further £5.5 million to restore this important crossing and construct the temporary footbridge. This is an important step in keeping the recovery effort on track in Yorkshire and illustrates how the government is standing shoulder to shoulder with the hard working Elland community as they recover from the floods.”

The government and Calderdale Council have worked together on the plans for Elland Bridge.

“The Boxing Day floods have had a devastating impact on homes and businesses across Calderdale. I welcome this announcement as it allows us to replace the damaged bridge at Elland given its strategic importance to the local community, for local businesses and for tourism.

“We are continuing discussions with government about further assistance they can provide to enable Calderdale to recover following this event.”

The government has invested nearly £200 million in recovery from Storm Eva and Storm Desmond, with £50 million to repair and improve flood defences since Storm Eva. Money pledged to Cumbria, Lancashire and Northumberland after Storm Desmond earlier in the month included £60 million for communities and local authorities; and £1 million in matched funding for charities. £1 million has already been paid to the Cumbria Community Foundation in its joint appeal with the Community Foundation for Lancashire.

Pledges so far in response to Storm Eva are at least £50 million for communities and local authorities; £40 million for flood defences; and £2 million in matched funding for charity flood appeals for affected areas.

The government is now working closely with other affected authorities as they determine the level of damage caused following Eva and Storm Frank.