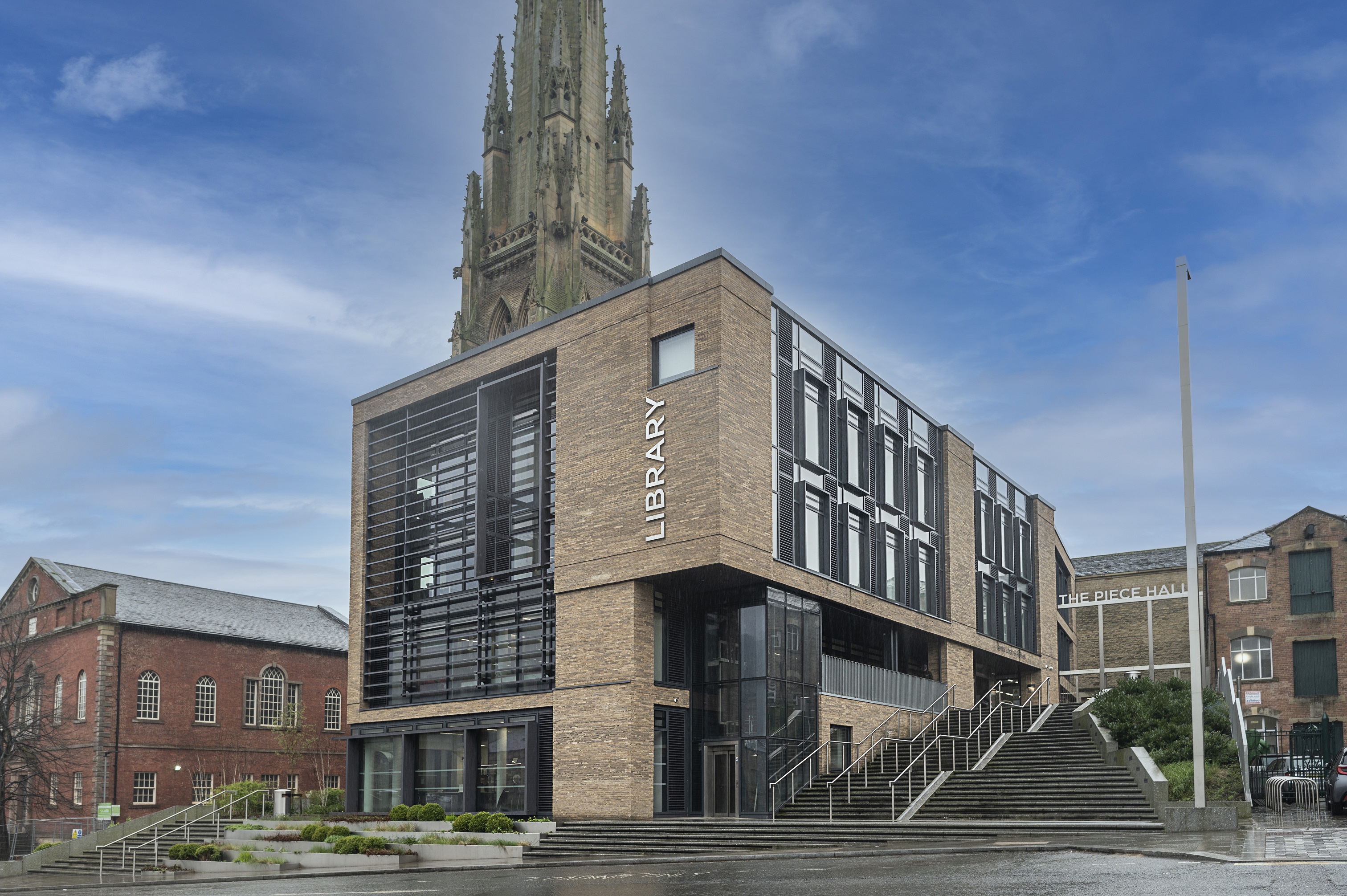 Calderdale Council is celebrating the fifth anniversary of the opening of Halifax Central Library and Archives.

The bright and modern facility in the centre of Halifax was officially opened on 9 September 2017 by the writer and architectural historian, Dr Jonathan Foyle, in the presence of the Mayor of Calderdale at the time, Cllr Ferman Ali.

The impressive library building was fully funded by Calderdale Council and designed to incorporate the spire and steeple of the former Square Church, including the stunning rose window.

This contrast of modern and historic architecture has received many accolades. The building was awarded the 2018 Halifax Civic Trust Award and four national awards from the Royal Institute of Architects; the Regional Award; Building of the Year; Project Architect of the Year (for Mark Hopton at LDN Architects who designed the building); and the Conservation award.

The facility now provides a 21st Century library service for residents in Calderdale. Since opening, the library has issued nearly half a million loans, and features a top-class selection of books, DVDs and audio books.

When the library reopened following the COVID pandemic, it expanded the services available, including allowing access to additional digital platforms and the provision of a select-and-collect service for members. It also supported young people by offering free homework printing while schools were closed and expanded its home library service offer.

Calderdale’s library service continues to add new and exciting events to its calendar and works closely with partners to deliver the best possible range of services for the community.

“A very happy birthday to Halifax Central Library and Archives!

“The opening of a brand-new library in 2017 was a bold move, but one which has provided local communities with a magnificent, well-used and much-admired facility.

“Five years on, the stunning restoration project, with its mix of historic features and modern facilities, remains as impressive as ever, and its location next to the Piece Hall and Industrial Museum has created a real cultural hub in the town centre.”

For more information about the libraries service, visit https://www.calderdale.gov.uk/v2/residents/leisure-and-culture/libraries