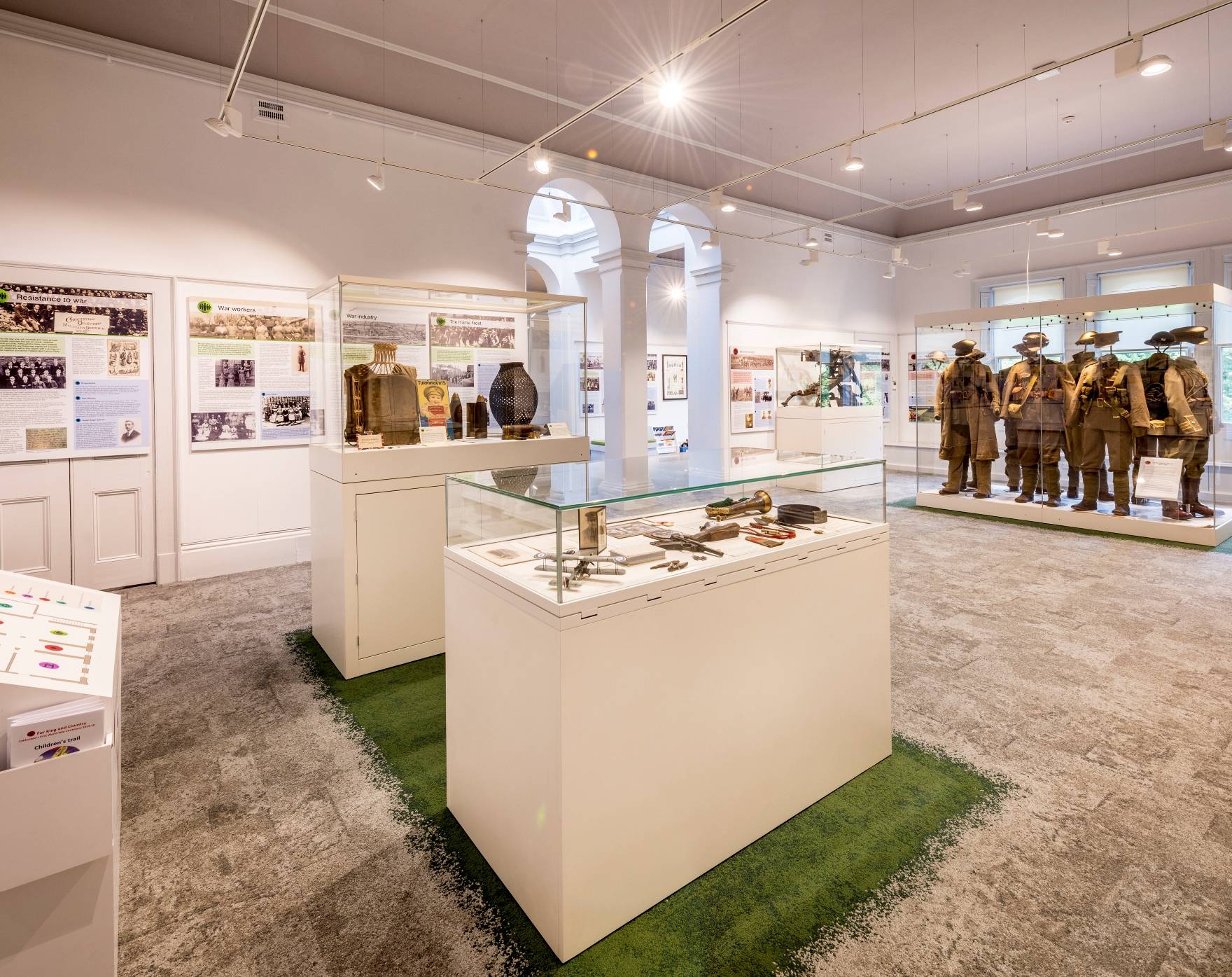 Calderdale’s contribution to commemorating the 100th anniversary of the end of the First World War was recognised with a prestigious invite to the National Service of Thanksgiving at Westminster Abbey on Sunday 11 November 2018.

Staff from Calderdale Council’s Museums Service attended the ceremony, which marked the Centenary of the Armistice. This was thanks to their work on the successful ‘For King and Country’ First World War exhibition and project, which is nearing the end of its four-year run at Bankfield Museum, Halifax.

Members of the Royal family and religious and political leaders were joined at the Service by members of the public who have contributed to the Centenary on a national, regional and local level, including Richard Macfarlane (the Council’s Museums Manager) and Angela Clare (Collections Officer).

Recognising the huge contribution that the Heritage Lottery Fund (HLF) and its First World War projects have made to the Centenary, the Department for Digital, Culture, Media and Sport invited the HLF to nominate people to attend the Service.

The For King and Country exhibition was made possible by a HLF grant. The last chance to see it is on Saturday 22 December 2018 and entry to the exhibition and Bankfield Museum is free.

“It was a huge privilege for Council staff to be involved in such an important national ceremony, to honour those who lost their lives in conflict. The work that our museums team has put into the For King and Country exhibition over the past four years has been remarkable, and a fitting tribute to the local people involved in the First World War. I encourage people to visit this fascinating exhibition in its last few weeks.”

Over 125,000 people have visited For King and Country since it opened in August 2014. The exhibition commemorates Calderdale’s wartime contribution and features over 200 objects, 200 images and archives and 60 local stories exploring local experiences during the First World War – from soldiers, sailors and nurses to those at home working in munitions, hospitals and fundraising.

Each year the museum has also hosted a range of related events and talks. The final event to mark the end of the project takes place at Bankfield Museum on Saturday 24 November 2018. The Centenary Open Day will run from 10am to 4pm with a range of talks, tours and activities throughout the day.

At 2pm in the top floor gallery, the Mayor of Calderdale and Deputy Lord Lieutenant for West Yorkshire will join staff and visitors to thank everyone who has contributed to the exhibition’s success, which includes winning the Royal Historical Society’s Public History Prize.

Members of the Halifax Great War Heritage Society will be in the museum’s Research Room during the day to help assess any photos, diaries, postcards, trench art, uniform items, medals, souvenirs or other artefacts relating to your ancestor’s military or civilian service during the First World War.

You can find out more about the For King and Country exhibition and buy a souvenir guidebook featuring its stories and collections either from Bankfield Museum or online(external link).

Saturday 24 November is also the opening day of Bankfield Museum’s new Women Travellers exhibition in the Link Gallery, which will be open to view from 10am.