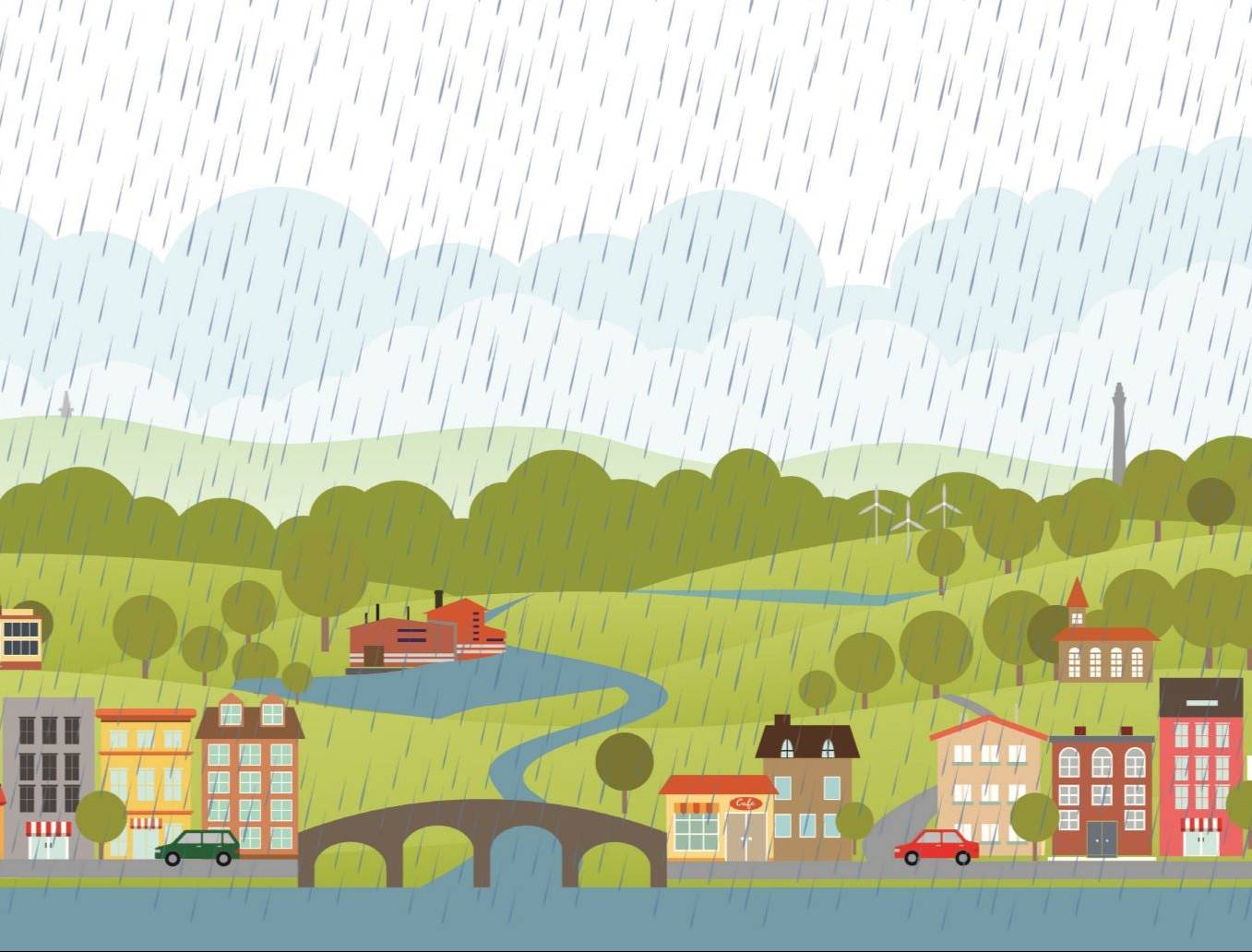 A £41 million scheme to better protect 400 homes and businesses from flooding in Mytholmroyd is being officially opened.

Mytholmroyd’s new flood alleviation scheme, providing greater protection to 400 homes and businesses, as well as local infrastructure, schools and other public amenities is being officially opened.

Over £41 million has been invested in the new defences, as part of partnership working to make the village more resilient to the impacts of climate change.

Funding was secured for the scheme following the devastating floods of Boxing Day 2015 when 2,781 homes and 1,008 businesses were affected throughout Calderdale.

Mytholmroyd experienced its highest ever recorded flood with approximately 300 properties and 70 businesses being flooded as well as the church, church hall, two schools and the community centre.

The Environment Agency has worked in partnership with Calderdale Council and alongside members of Calderdale Partnership Board to provide Mytholmroyd with the best possible flood protection. Design and construction was completed by VBA Joint Venture.

The completed scheme includes the construction of new, raised and improved flood walls, the relocation of Caldene Bridge, widening of the river channel at two key locations and flood proofing of many buildings next to the River Calder and Cragg Brook.

The project is being officially opened by the chair of the Environment Agency, Emma Howard Boyd, and West Yorkshire Mayor, Tracy Brabin.

“I first visited Mytholmroyd in the aftermath of Boxing Day 2015 and I am delighted this scheme has been conceived, designed and built since then. It provides better protection for the village and will also create valuable time for people to prepare when flooding is about to happen.

“Climate change is increasing the frequency and the severity of floods everywhere and everyone needs to adapt. The combination of engineered and natural approaches to flood risk here should inspire future projects all over the country.

“Thank you to local residents, businesses and commuters for their patience and cooperation while the construction of this complex project has been carried out.”

“The completion of the Flood Alleviation Scheme is a landmark moment for the entire Mytholmroyd community. Bringing greater protection to residents and businesses is a long-standing priority for the Council and our partner organisations, as we continue to work together to increase flood resilience and tackle the climate emergency.

“The increased risk of flooding is sadly one of the devastating impacts of climate change that we are living with across the borough due to our unique landscape.

“The complex Mytholmroyd scheme has been a challenging part of the range of measures to reduce flood risk throughout Calderdale, but one that we’ve been proud to be involved in, because of what it means to the local community to have extra protection.

“Thank you to all the organisations and funders who have made this happen, and to the people of Mytholmroyd for their patience.”

“This scheme is a brilliant example of how the Combined Authority, Calderdale Council and the Environment Agency can work together to protect thousands of homes and businesses from the ever-growing threat of extreme flooding caused by climate change.

“When I became Mayor of West Yorkshire, I pledged to tackle the climate emergency and protect our environment, as well as supporting local businesses and championing our regional economy.

“We know that extreme weather and major floods are more likely to happen in future and, as Mayor, I will continue to work in partnership to ensure more communities around our region are better protected and to lobby government for the funding we need.”

“I am incredibly delighted that the flood alleviation scheme has now been completed. I would like to thank the Environment Agency for co-ordinating this scheme and would also like to thank residents in the area for their patience over the duration of works. The village has been hit with severe flooding in the past, and it is hoped that the completed work will now provide adequate protection from severe weather conditions in the future.”

“We are very pleased to be able to join the Environment Agency and Calderdale Council in marking the completion of this important and complex project to build and improve Mytholmroyd’s flood defences, helping better protect some 400 homes and businesses.

“VBA – a joint venture comprising VolkerStevin, Boskalis Westminster and SNC Lavalin’s Atkins business – is proud to have had the opportunity to deliver this significant work, and I would like to thank everyone involved for their commitment, dedication and collaborative approach shown throughout.”

The £41m project has been funded partly by government and partnership funding, through Defra, and contributions from the West Yorkshire Combined Authority, European Structural Investment Fund (ESIF), the local levy and the Department for Education.

The project has been successfully completed despite facing challenges of working in a constrained location, working through the coronavirus pandemic, and construction during the February 2020 floods.

The project team is working with the Department for Education to look at installing property flood resilience measures to Burnley Road Academy which will be in addition to the completed flood defence works to help better protect the school and reduce the disruption to school children, parents and teachers from future flooding.

With the increasing impact of climate change, it is impossible to completely stop the risk of flooding, particularly in the Calder Valley due to the geography of the area. While the scheme won’t prevent the frequency of floods or their severity, it will give residents a better standard of protection and give valuable time to prepare for the risk of flooding.

The Mytholmroyd FAS was part of the Environment Agency’s previous six-year programme of capital flood defence schemes, which has successfully protected more than 314,000 homes since 2015.

Last year, a record £5.2 billion government investment to create around 2,000 new flood and coastal defences and better protect 336,000 properties across England by 2027 was announced. Further locations across the Calder Valley are to benefit from this investment with the start of the construction of flood defences at Hebden Bridge to better protect 400 properties as well as a scheme at Brighouse which is being developed.

Whilst the Environment Agency is progressing with these schemes, Government funding has enabled the agency to explore other potential projects across the Calder Valley at Walsden, Sowerby Bridge, Copley and Elland.

The Environment Agency continues to work with partners including Yorkshire Water, The Source Partnership, Moors for the Future and The National Trust to look at a range of measures to reduce flood risk across the Calder Valley including natural flood management and upstream storage. This work will not eliminate the risk of flooding, but help to increase the resilience of communities to mitigate against climate change and the risk of extreme weather events becoming more common.