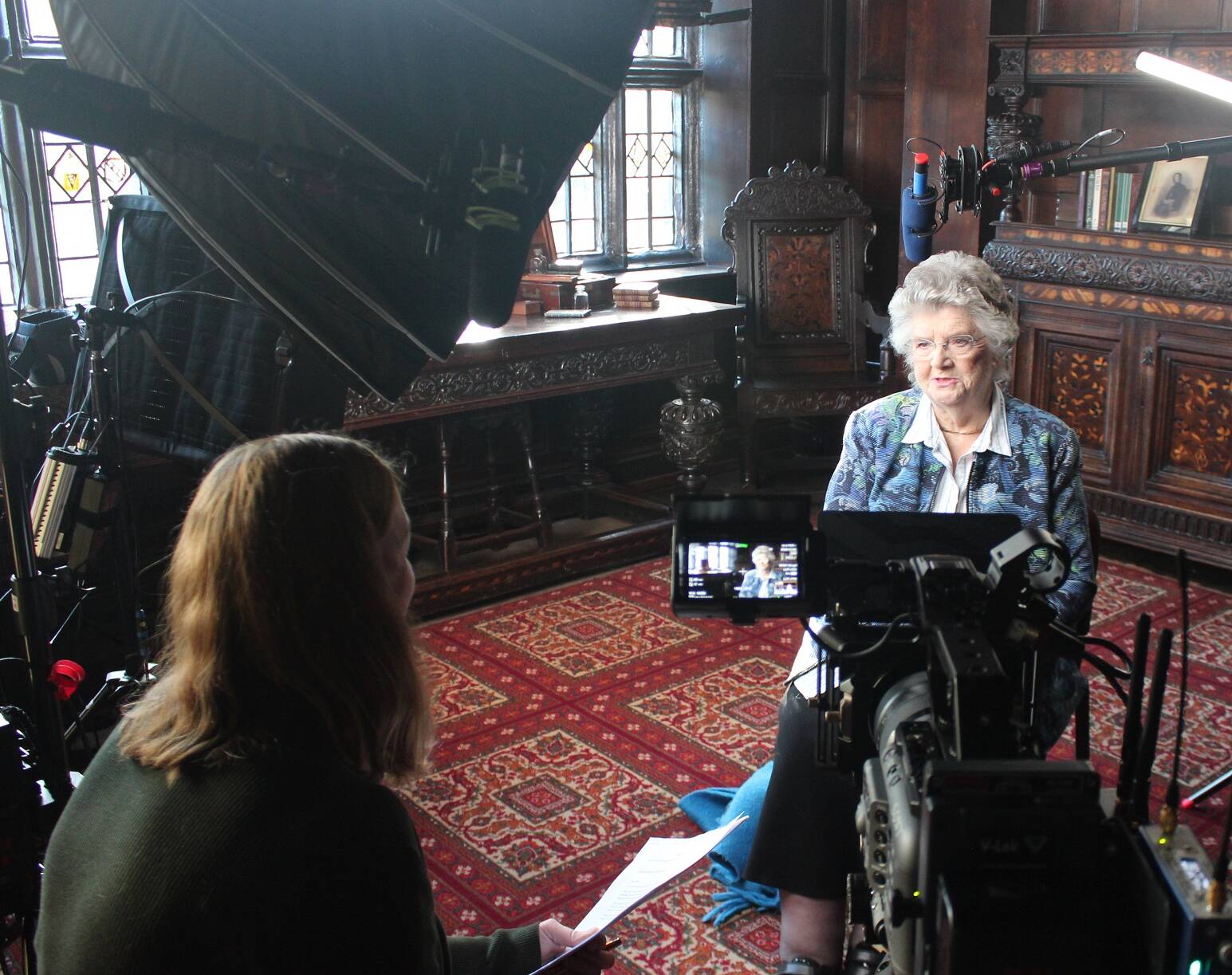 An exclusive new film showcasing the story of world-famous Anne Lister biographer, Helena Whitbread, is in the making.

Keen to maximise the impact of the ‘Gentleman Jack effect’, Calderdale Council will release its recent interview with Helena to the world through a special film on Anne Lister’s 232nd birthday, 3 April 2023.

The film will delve into the fascinating work of the renowned historian, who discovered and decoded Anne Lister’s diaries and has published three books covering the diaries and life of Shibden Hall’s remarkable resident.

Anne lived from 1791 to 1840 and was a landowner, entrepreneur, mountaineer, scholar, traveller and lesbian. Her diaries, totalling over five million words, detailed her life, loves, health, business interests and politics, and were brought to an international audience through Sally Wainwright’s BBC / HBO series, Gentleman Jack.

Angela has interviewed Helena several times over the years, including at Shibden Hall, Holdsworth House and for a conference with the Brontë Parsonage Museum in 2019.

Filmed on site at Shibden in 2015 by Limehouse Films and released in early 2016, one of Angela’s interviews with Helena has now been viewed online over 770,000 times by people across the globe, and by thousands of visitors to the Hall.

The sequel film, ‘The Helena Whitbread Story’ will be premiered after a live talk with Helena and Angela at Bankfield Museum in Halifax on Anne’s birthday, Monday 3 April 2023 at 2pm. Tickets to the live interview are now available to book at https://museums.calderdale.gov.uk/whats-on. The film will be launched at www.calderdale.gov.uk/museums and on social media to be seen and shared throughout the world.

“We were blown away by the phenomenal success of Gentleman Jack and the impact it had on visitor numbers at Shibden Hall, Bankfield Museum and in Calderdale as a whole. To keep the ‘Gentleman Jack effect’ and Anne Lister’s legacy alive, we’re thinking of new, exciting ways to showcase our local heritage and to help more people experience our distinctive ‘CultureDale’.

“It was great to have cameras rolling again at Shibden Hall – this time capturing the amazing story of Helena Whitbread, who has lived and worked in Calderdale all her life and has played such a valuable role in Anne’s story.

“We’re excited to host a live interview with Helena at Bankfield Museum next year, and for those who are unable to go along, our exclusive new film will showcase the talents of the extraordinary Helena and Anne.”