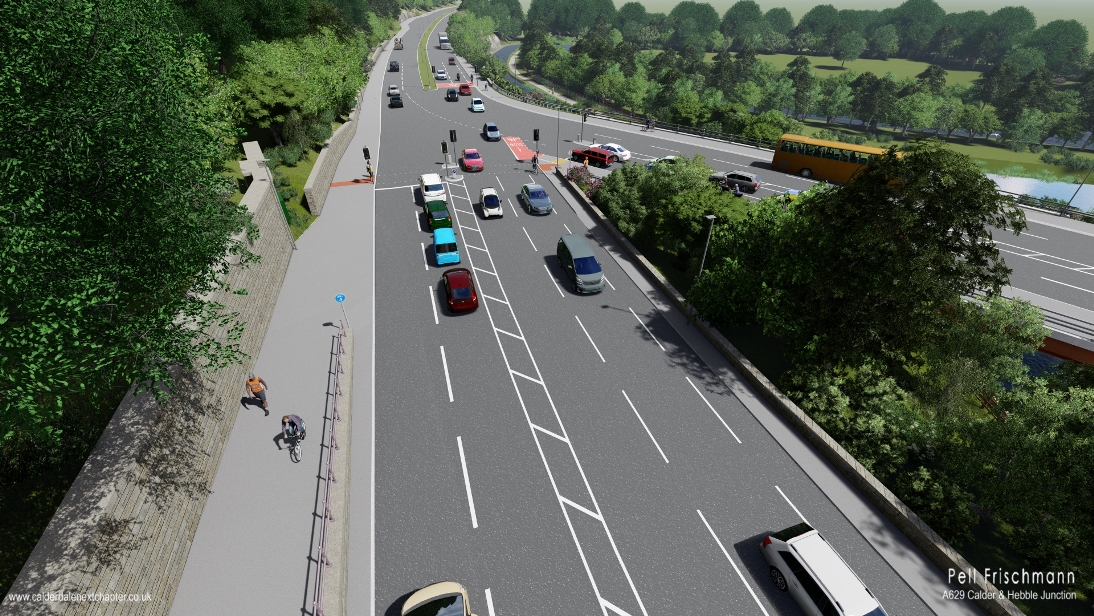 The next phase of improvement works on the A629 between Halifax and Huddersfield has moved a step closer, with the submission of the planning application for the Calder and Hebble junction.

The A629 is a key route through the borough, and the planned major upgrade will reduce journey times, relieve congestion and improve pedestrian and cycling accessibility.

The improvement plans, funded by the West Yorkshire-plus Transport Fund, focus on the key areas of Huddersfield Road, Stainland Road and Wakefield Road. A new link road will be created via a bridge spanning the Calder and Hebble Navigation to a roundabout on Stainland Road. This project will also include a full width footway and cycle path and a new northbound bus lane on Stainland Road.

Last year, the most up to date plans were displayed online, at Halifax Central Library and at a drop-in event at Clay House in West Vale. Surveys were available and the response was mostly positive, with 80% of respondents feeding back that they either support or strongly support the proposals.

The planning application, which includes initial designs for the scheme, is now available to view online on the Council’s planning pages at www.calderdale.gov.uk under the reference: 18/01544/FUL.

“Following the completion of work at Salterhebble, this is the next step in the important planned improvements along the A629.

“It would focus on the Calder and Hebble junction, further reducing congestion on this busy route as well as improving facilities for walking and cycling.”

“The five-phase upgrade of the A629 is currently the largest scheme in our West Yorkshire-plus Transport Fund programme, to which we have already committed around £150 million of investment.

“It will result in reduced congestion, improved journey times, better public transport reliability and new cycling and walking facilities along the key route between the towns of Halifax, in Calderdale, and Huddersfield, in Kirklees.”

The A629 project is part of the Next Chapter portfolio, a series of economic regeneration and growth projects that are supporting the ambition for Calderdale.