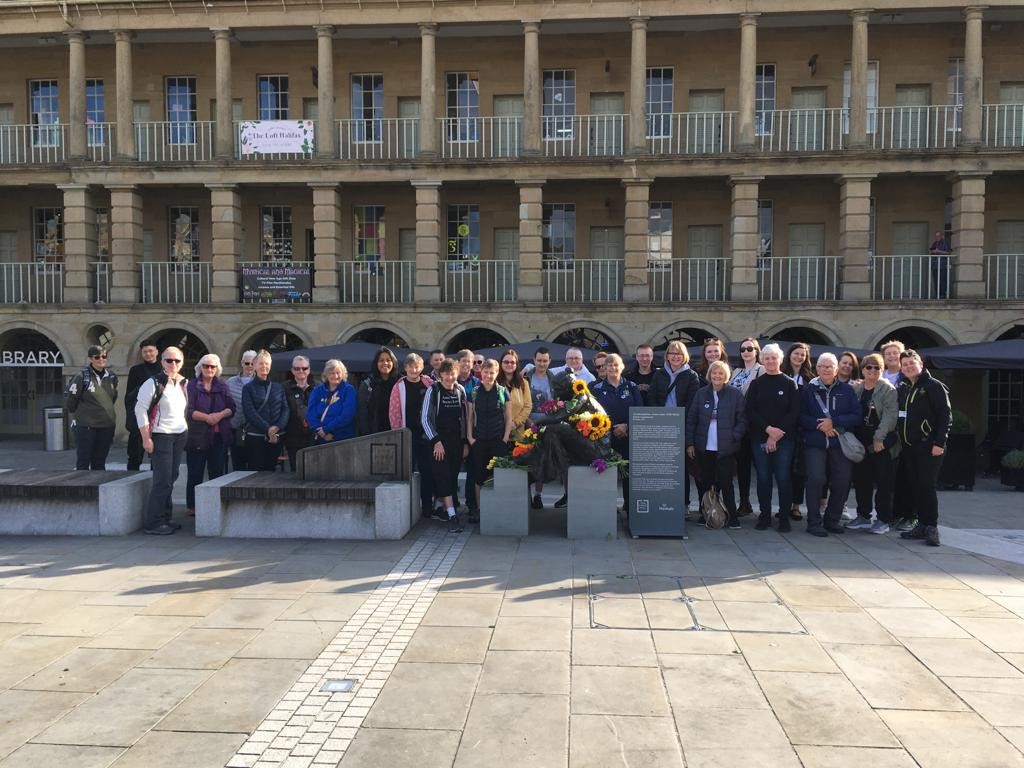 People from across the world have taken part in a programme of events in Calderdale to celebrate the life and legacy of Anne Lister.

Thursday 22 September 2022 marked 182 years since the death of Anne Lister. To commemorate this anniversary, a variety of events were held across Calderdale as part of the Anne Lister Memorial Weekend.

Anne, who lived from 1791 to 1840, was a remarkable woman: landowner, entrepreneur, mountaineer, scholar, traveller, and lesbian. Her fascinating diaries of over five million words detailed her life, loves, health, business interests and politics and her story became world-famous through Sally Wainwright’s BBC/HBO series, Gentleman Jack.

The Memorial Weekend was a huge success and the borough welcomed visitors from all over the UK, as well as from as far away as the USA and Australia. The programme of events provided opportunities for visitors to celebrate Anne’s life and reflect on her legacy. Highlights included:

Visitors also took the opportunity to lay flowers at the Anne Lister statue in the Piece Hall courtyard on the Saturday morning. Many also enjoyed trips to Bankfield Museum and Anne’s former home, Shibden Hall as part of their weekend.

“Anne Lister’s life may not have been especially long, but it was incredibly full. The impacts of her legacy continue to be felt across the globe, thanks in no small part to the worldwide success of the series, Gentleman Jack.

“The Anne Lister Memorial Weekend was another opportunity for people to come together and celebrate Anne’s life, as well as delve deeper into her fascinating history.

“The focus is now turning once again to the annual celebrations for Anne Lister’s birthday, in April. Many who attended the memorial weekend are already talking excitedly about coming back to Calderdale in 2023 and we’re looking forward to welcoming them.”

“We’ve received some amazing feedback from those who attended events for the Anne Lister Memorial Weekend.

“I’m delighted that so many of our cultural venues were involved in the programme, hosting a variety of events including talks, displays and exhibitions. Shibden Hall was especially busy as visitors took the opportunity to see Anne’s former home.

“The popularity of events like this highlight the growing appeal of our distinctive heritage and cultural attractions, exemplified by our CultureDale brand, showcasing the varied experiences available in the borough.”

Visit www.visitcalderdale.com(external link)  for all the latest information about attractions and events happening around the borough, as well as details of where to stay and what to do in Calderdale.