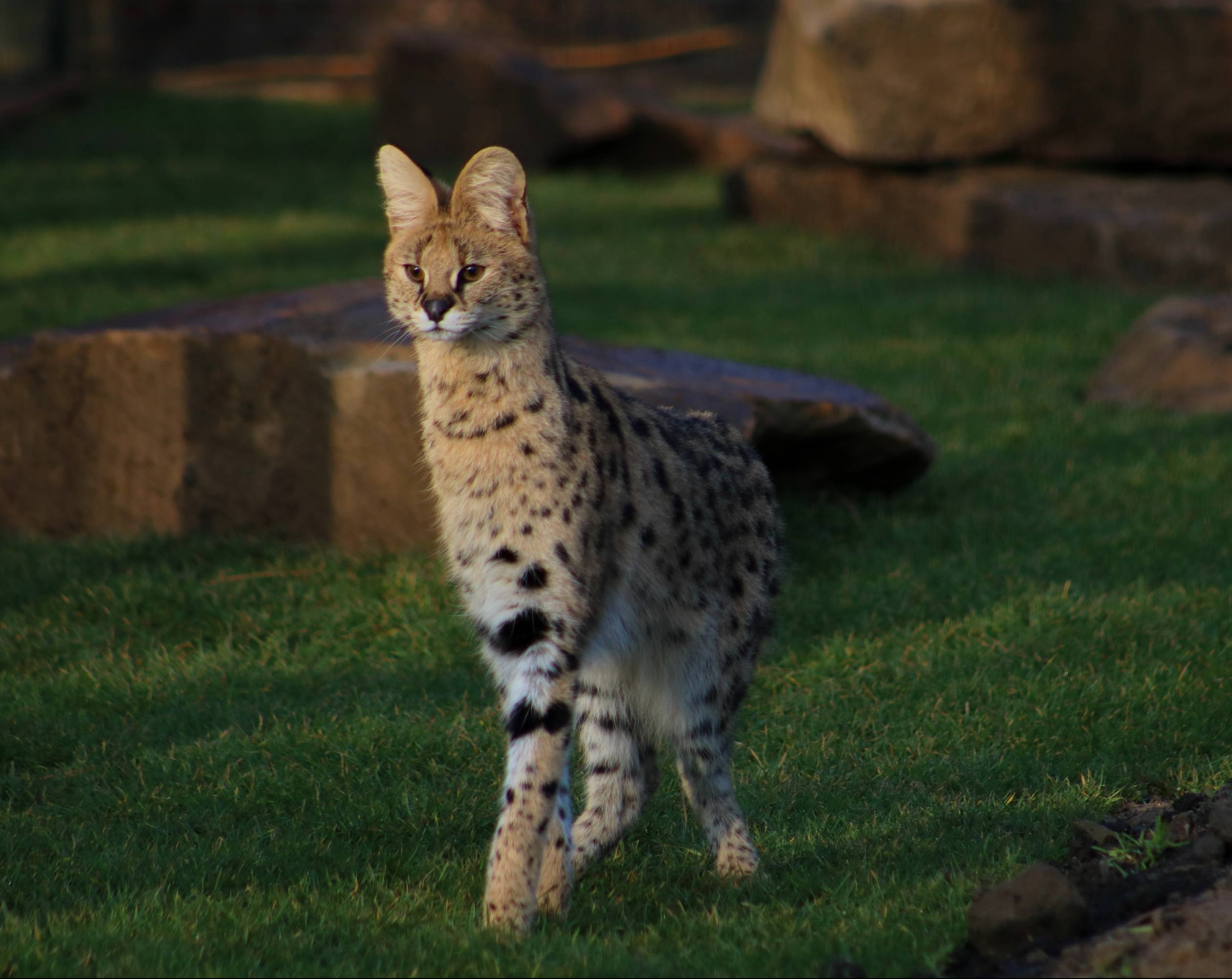 Calderdale Council’s work is certainly varied, as its licensing and environmental health teams found when they had to seize a wild serval cat, native to Africa, from a home in Southowram.

The unlicensed cat was taken away from its owner under the Dangerous Wild Animals Act 1976. Under the Act, owners of certain animals must have a licence from the Council to keep them. They risk prosecution and confiscation of the animal if they don’t follow strict rules to protect the animal and the public.

In May 2018, William Harris from Brighouse applied to Calderdale Council for a dangerous wild animal licence to keep a serval. Servals are wild cats found in Africa, which can grow up to 2ft tall and weigh up to 40lbs. They have a small head, large ears, a golden-yellow spotted and striped coat, a short, black-tipped tail and long legs.

Council officers specialising in licensing enforcement and animal welfare visited Mr Harris’s sister’s home in Southowram, where it was proposed the serval would live. They checked the garden where the proposed enclosure would be built, and advised Mr Harris of the need for a secure and spacious enclosure. They informed him that they would prepare a list of conditions that would need to be met, and that a vet’s report would be required before the granting of a licence would be considered.

The Council later became aware that Mr Harris had bought the exotic cat and was keeping her at the premises without a licence. The Council gained a warrant to access the property in September 2018 and attended with the Police, a community safety warden, representatives from Ponderosa Zoo in Heckmondwike and vets who specialise in dangerous wild animals. They found a serval at the property, which was living in inadequate conditions without free access to the outside enclosure, and was becoming feral in nature.

The Council served a seizure notice, and vets and representatives from the zoo entered the property and safely removed the serval. The cat – now known as Venus – was carefully transported to Ponderosa Zoo, where she now lives permanently in a large enclosure. She is settling in well and her needs as a wild animal are being met.

Mr Harris attended Court in April 2019 and pleaded guilty to the offence of purchasing, transporting and keeping a dangerous wild animal without a licence. He received a conditional discharge for 12 months and was ordered to pay £500 in costs to the Council.

“This case highlights the broad range of our enforcement work and sends out a clear message that we’ll do everything possible to ensure Calderdale communities stay safe. Mr Harris was brought to justice thanks to excellent joint working within the Council and with partner organisations.

“Keeping a wild animal is not the same as having a domestic pet. They have very specific needs and strict rules must be followed to ensure their welfare and public safety – that’s why we have a licensing system and won’t hesitate to enforce and prosecute. We urge anyone thinking of getting an exotic animal to seriously consider all the requirements and possible risks, to decide whether it’s a realistic option.”

For information on how to apply for a dangerous wild animal licence, please contact the Council’s licensing team at licensing@calderdale.gov.uk

The Council’s approach to enforcement supports Calderdale’s Vision2024 and its key themes of resilience and protecting our distinctive environment. It also contributes to the Vision by improving people’s quality of life and helping Calderdale to be a place where people want to live, work and visit.

Where do we want to be by 2024? How will the Calderdale of 2024 be different from the place it is now? What ambitions do we share? Join the conversation by following #VisionCdale2024 on social media and visit www.calderdale.gov.uk/vision