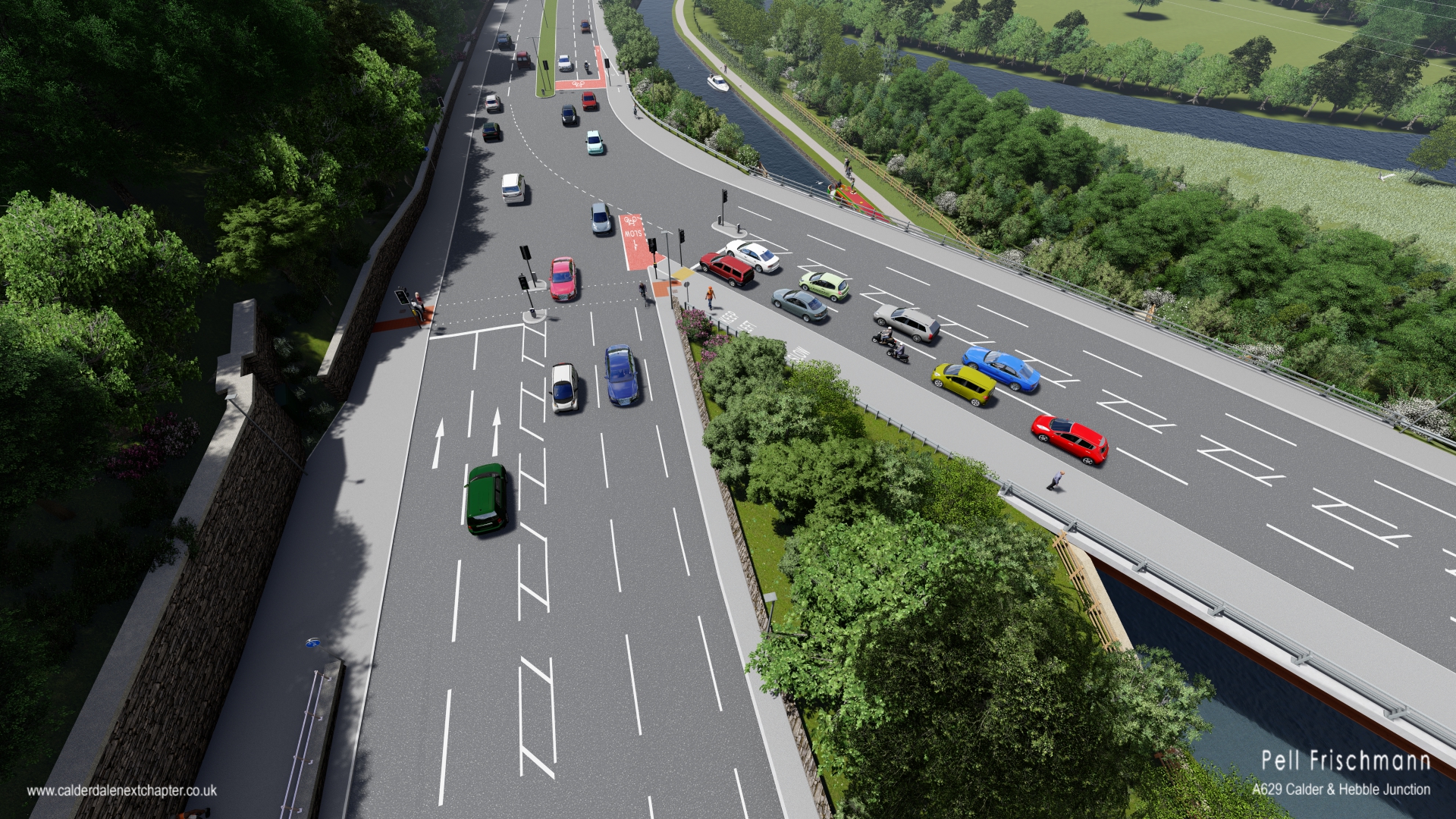 Plans to improve the A629 between Halifax and Huddersfield have taken a step forward with the appointment of John Sisk & Son as contractor for Phase 1b of the project – the Calder and Hebble junction.

Following a tender exercise, construction company John Sisk & Son has been appointed to carry out the construction work of the A629 Phase 1b – a £27m project which is fully funded by the West Yorkshire Combined Authority through the West Yorkshire Plus Transport Fund. As part of the design and build scheme, Sisk and Son has appointed consultants WSP to work on the design elements

The improvement plans focus on the key areas of Huddersfield Road, Stainland Road and Wakefield Road. A new link road will be created via a bridge spanning the Calder and Hebble Navigation to a roundabout on Stainland Road. The project will include facilities for pedestrians and cyclists and a section of new northbound bus lane on Stainland Road.

A new signal-controlled junction at the interchange of A629 / Jubilee Road and an improved approach lane will also be introduced, as well as landscaping along Stainland Road and additional access points to the canal tow path.

When complete, the scheme will deliver improved access to Copley, Sowerby Bridge and Halifax and aims to improve journey times between Huddersfield and Halifax by up to 30%.

“Phase 1b of the A629 project represents the largest civil engineering project Calderdale will have undertaken for several decades. It will see the landscape around the Calder and Hebble junction completely transformed.

“The new link road bridge and other improvements will make a real difference to traffic flow in the area, subsequently improving air quality and reducing ‘rat running’ on smaller village roads in the area. The landscape around the area will also be improved with the demolition of the derelict former Punchbowl Pub, making a real difference to the gateway to Halifax.

“I’m pleased that a contractor has now been appointed for the project, allowing initial work to begin this year.”

“I’m delighted that John Sisk & Son has been awarded the A629 project. It’s a fantastic opportunity to collaboratively develop Calderdale and the surrounding area. We’re excited to start work on this project and help provide these benefits to the people of Calderdale.”

“We’re thrilled to be part of this collaborative team delivering Phase 1b of the A629 corridor improvements. The purpose of this scheme is to deliver a range benefits to the local community, including improved traffic flow and enhanced bus and cycle connectivity, all of which will help Calderdale Council deliver upon its Vision 2024 aspiration for both residents and businesses.”

“We are pleased to be working in partnership with Calderdale Council on this scheme, which will make it easier for people to walk, cycle and use public transport, as well as improving journey times for people travelling by car.

“The Combined Authority is committed to leading the economic recovery from the pandemic and schemes such as this one will play a vital role.”

Preparation work will begin in early this year and it is anticipated construction will start in the summer. Completion of the Phase 1b scheme is expected to be late 2022.

For more information on the West Yorkshire Plus Transport Fund programme in Calderdale, visit www.calderdalenextchapter.co.uk(external link)