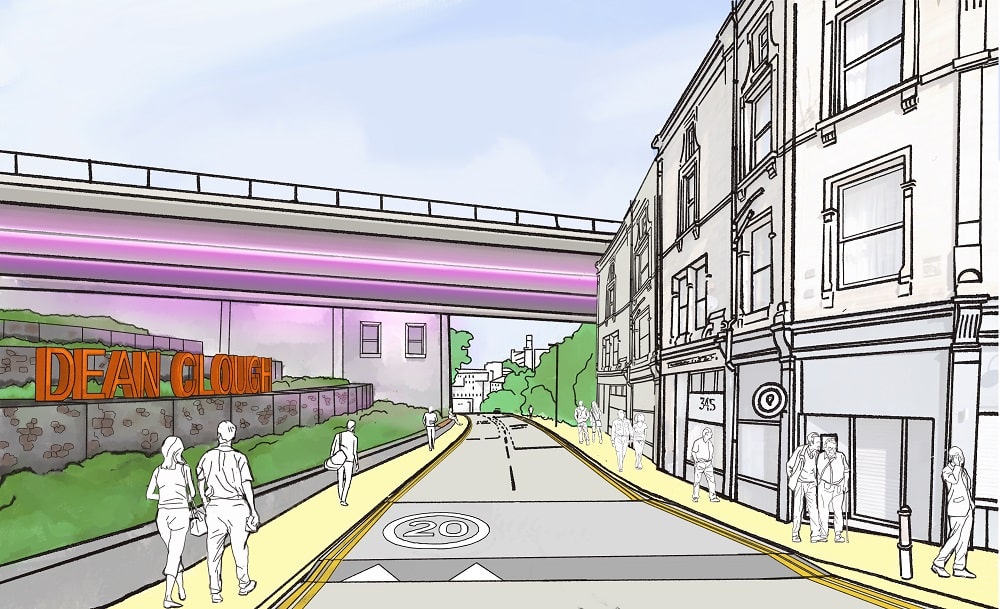 There’s still time to have your say on plans to improve options for walking and cycling journeys in north and west Halifax.

Calderdale Council, in partnership with the West Yorkshire Combined Authority, have been asking for people’s feedback on proposals to create safe, healthy and more inclusive places where people choose to walk, cycle and use public transport.

To ensure as many people as possible can have their say on the plans, the deadline for sharing feedback has been extended until Sunday 30 January 2022.

Anyone who lives, works or travels around north and west Halifax is encouraged to have their say. Proposals cover the areas of Dean Clough, Lee Mount, Ovenden and Illingworth in north Halifax and on and around Gibbet Street, Queen’s Road, Hanson Lane, Parkinson Lane and the Beech Hill estate in west Halifax.

Detailed plans, which are split into different sections on a clearly presented map, are available to view at www.yourvoice.westyorks-ca.gov.uk/north-halifax-2(external link) and www.yourvoice.westyorks-ca.gov.uk/west-halifax-2(external link). These links also include additional information for each area including plans and pictures to help people understand the proposals, as well as answers to some frequently asked questions.

“We’ve had a really positive response so far to our call for feedback on proposals for north and west Halifax and thank you to everyone who’s responded already. We know that this is a busy time of year, so to ensure that as many people as possible have chance to have their say and to allow us to continue engaging with local community groups, we’ve extended the deadline to Sunday 30 January 2022.

“The proposals for both north and west Halifax look at ways in which we can make walking, cycling and the use of public transport more appealing. We want to ensure that improvements are shaped by local communities, so I encourage people to have a look at the proposals on the Combined Authority’s YourVoice website and share feedback.”

Feedback on proposals can be submitted until Sunday 30 January 2022. Those who do not have access to the website can contact West Yorkshire Combined Authority via Metroline on 0113 245 7676 for a printed copy of the designs and survey along with a freepost envelope. Details of all current live consultations are also available at www.calderdalenextchapter.co.uk/live(external link)