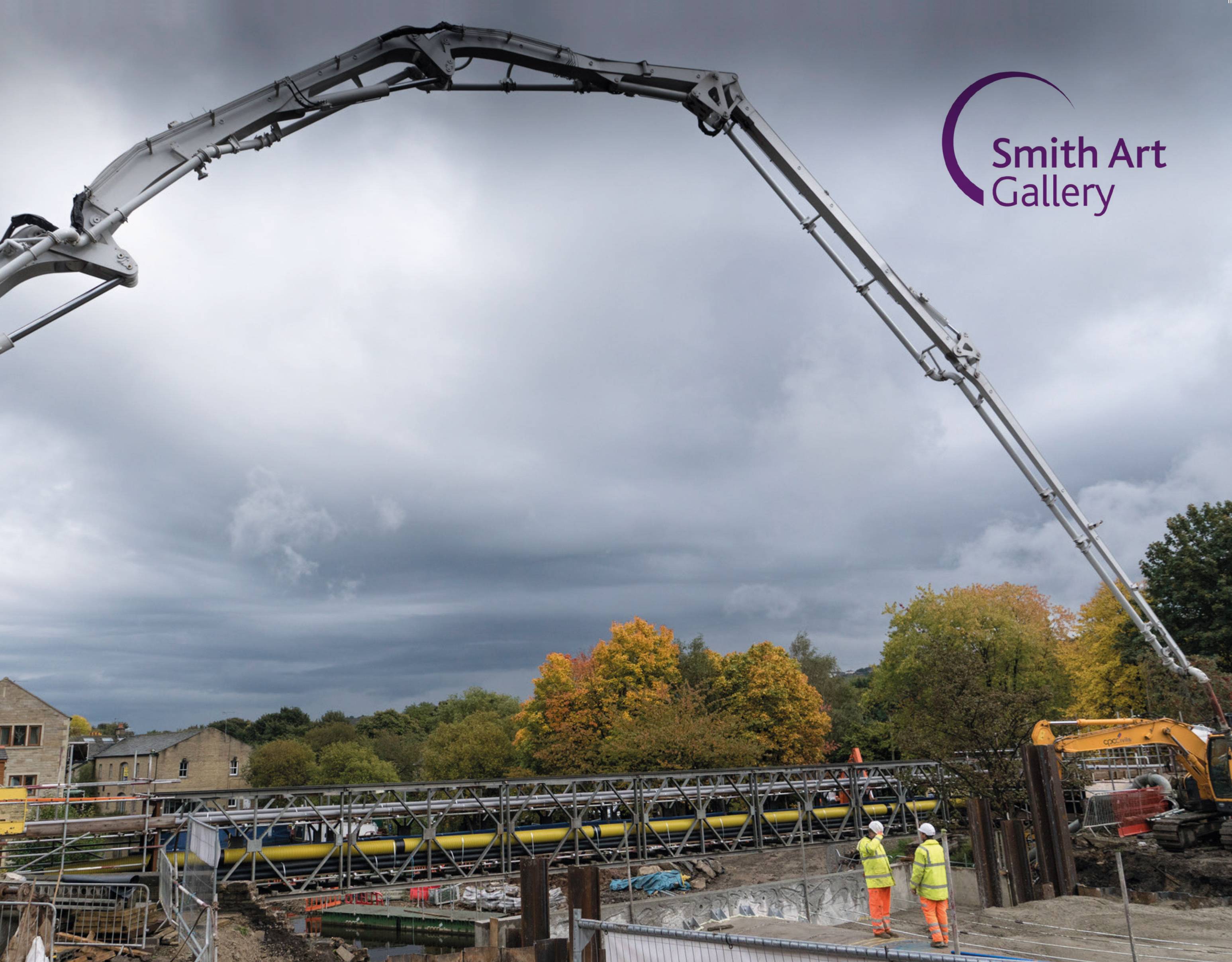 A photography exhibition documenting the rebuilding of Elland Bridge is coming to Smith Art Gallery in Brighouse.

Elland Bridge was severely damaged in the Boxing Day floods of 2015, along with many other areas in Calderdale. The rebuilding of the bridge was a very complex and careful process and the construction is now being documented in Smith Art Gallery’s latest photography exhibition – ‘After the Flood: Rebuilding Elland Bridge’.

The exhibition opens on Saturday 12 August and features photographs taken by local photographer Mike Bentley, telling the story of the recent demolition and rebuilding of the structure.

“The image of the damaged Elland Bridge is one of the most iconic of the Calderdale floods and the subsequent demolition and rebuilding will live long in the minds of the people of Elland and further afield.

“Seeing the stages of the rebuilding process in this series of photographs really demonstrates the scale and complexity of the project. It’s fascinating to see the changes from the desolation of the flood to the celebration of the re-opening.”

The photographer, Mike Bentley, has been interested in photography since receiving his first camera from his grandad who was a Halifax chemist, and notably, the first in Halifax to stock film and offer a processing service to members of the public back in the 1930s.

Mike estimates that he visited the Elland site on over 100 occasions and took approximately 2500 photographs during the project. All of the images were taken from publicly accessible areas, and the selection displayed in Brighouse is presented in approximate chronological order to show the progression of the works and the subsequent re-opening of the new bridge and canal.

Mike said of the project:

“Initially I visited the bridge in March 2016 out of interest to see what was going on. As the demolition of the old bridge progressed, its original structure was revealed and I became interested in how the bridge must have been built all those years ago without the use of modern excavators and cranes.

“I became fascinated with the complexities of what goes into the building of a new bridge and it was then that I decided to record the rebuilding works through photography.”

The exhibition also features contributions from the Canal & River Trust and ‘The Landlubbers’ Halifax’s very own industrial sea shanty band who wrote a song about Elland Bridge which was sung by pupils from Elland C of E Junior School on Wednesday 8 February, the day the bridge reopened to traffic.

“The scenes that these images capture, of destruction followed by revival, remind us not only of the traumatic events surrounding the floods, but also of the resilience and good-will of the residents and businesses that they so dramatically affected. In the aftermath of Boxing Day 2015, sites and landmarks around Calderdale like Elland Bridge now act as reminders of how communities have been tested, but also reinforced.”

The exhibition will open on Saturday 12 August at 2pm with free refreshments and an introduction from the photographer. The show runs until Saturday 11 November 2017.

Smith Art Gallery is open Tuesday to Saturday from10am-4pm. There is free parking on site and the gallery and exhibition is free to enter.