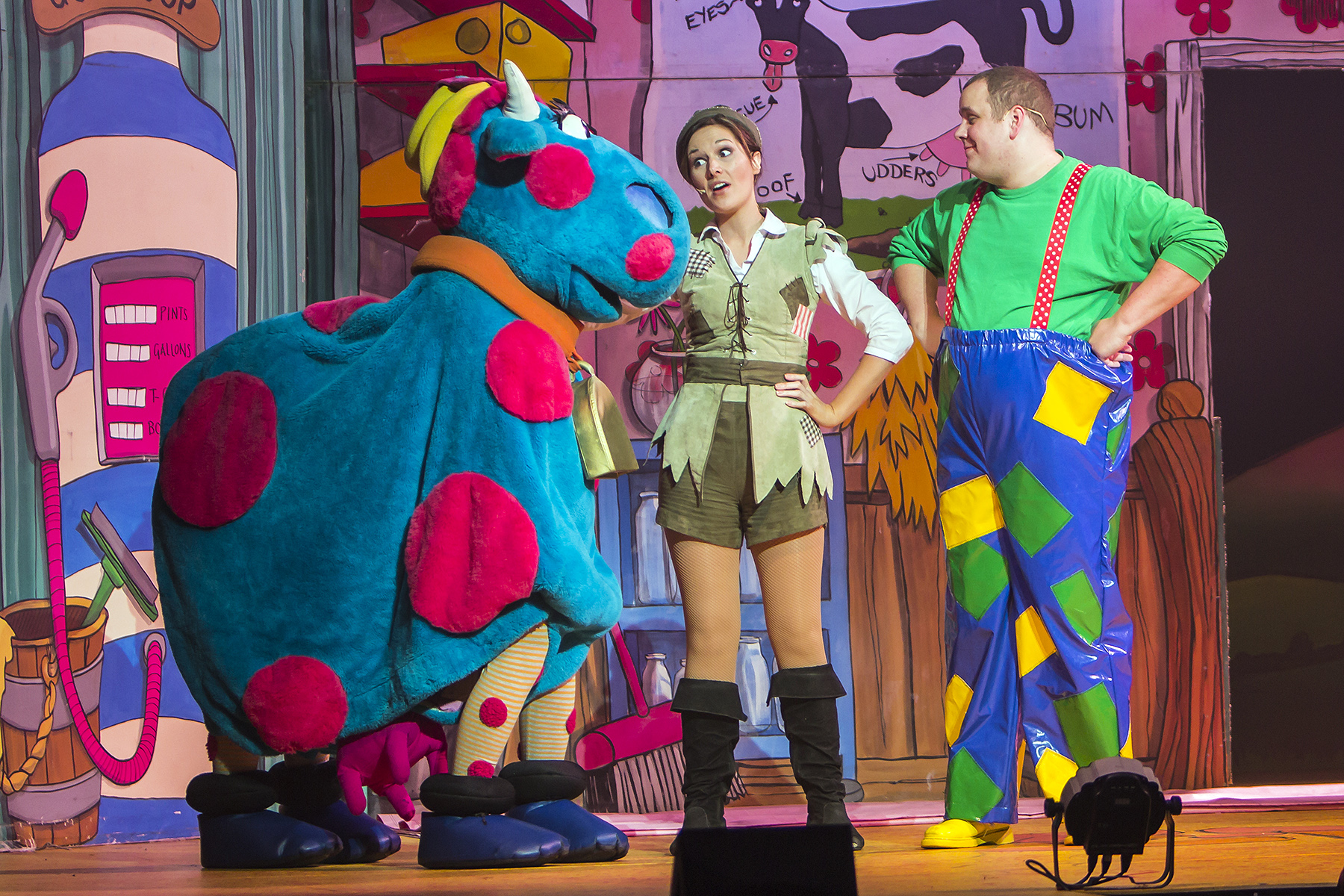 The Christmas pantomime season may be behind us (oh yes it is), but for the Victoria Theatre in Halifax it is far from forgotten, as this year’s production of Jack and the Beanstalk has broken box office records.

Over 24 000 people saw the  wonderful pantomime this year, with nearly 1700 more admissions than last year and  almost a 20% increase in box office takings.  This is a great start to 2015 for the Calderdale Council supported venue, and the Theatre continues to offer wonderful, popular shows for thousands every year.

“I’m delighted but not surprised that the Victoria Theatre has broken box office records for the fantastic pantomime, Jack in the Beanstalk. Every year the pantomime gets more exciting and memorable– just one of the reasons why visitors keep returning, not just from local areas, but also from further afield.

“I’ve heard amazing feedback about the show, and know an enormous amount of work has been put in to the production, not only by the cast and crew, but also by Council staff. I’m so pleased that this hard work has been rewarded with great ticket sales.

“This hopefully signals the start of a successful year for the Theatre, which has an exciting programme of productions lined up.”

Jack and the Beanstalk was the fifth consecutive pantomime to be produced for the Victoria Theatre by Imagine Theatre. The show gained a huge amount of positive audience feedback by word of mouth, on social media, and in the electric energy during the performances themselves. Audience favourites included the terrifying and spectacular combination of stilts, costume and electric mechanics that was the giant, the set design and the ample opportunities for audience participation.

“In my fifth year as director for Imagine Theatre’s pantomimes at the Victoria Theatre, it has been wonderful to see a sharp increase in audience numbers. It’s a real pleasure to return to direct for the venue year after year and build on the quality of the production.  All the theatre staff, from the box office to the front of house and stage team, go out of their way to welcome audiences and make a truly welcoming festive experience for the public. It’s a real privilege to be asked to return each Christmas to direct the panto and is one of the highlights of my year.”

The Theatre is now looking forward to next year’s pantomime, Cinderella, which is on sale and has already had very good advanced sales and reservations. This includes another integrated performance, which is already on sale, as well as several other tailored performances, which will allow the production to reach wider audiences.

For more information and to book tickets, call the Theatre box office on 01422 351158 or online at www.victoriatheatre.co.uk(external link).