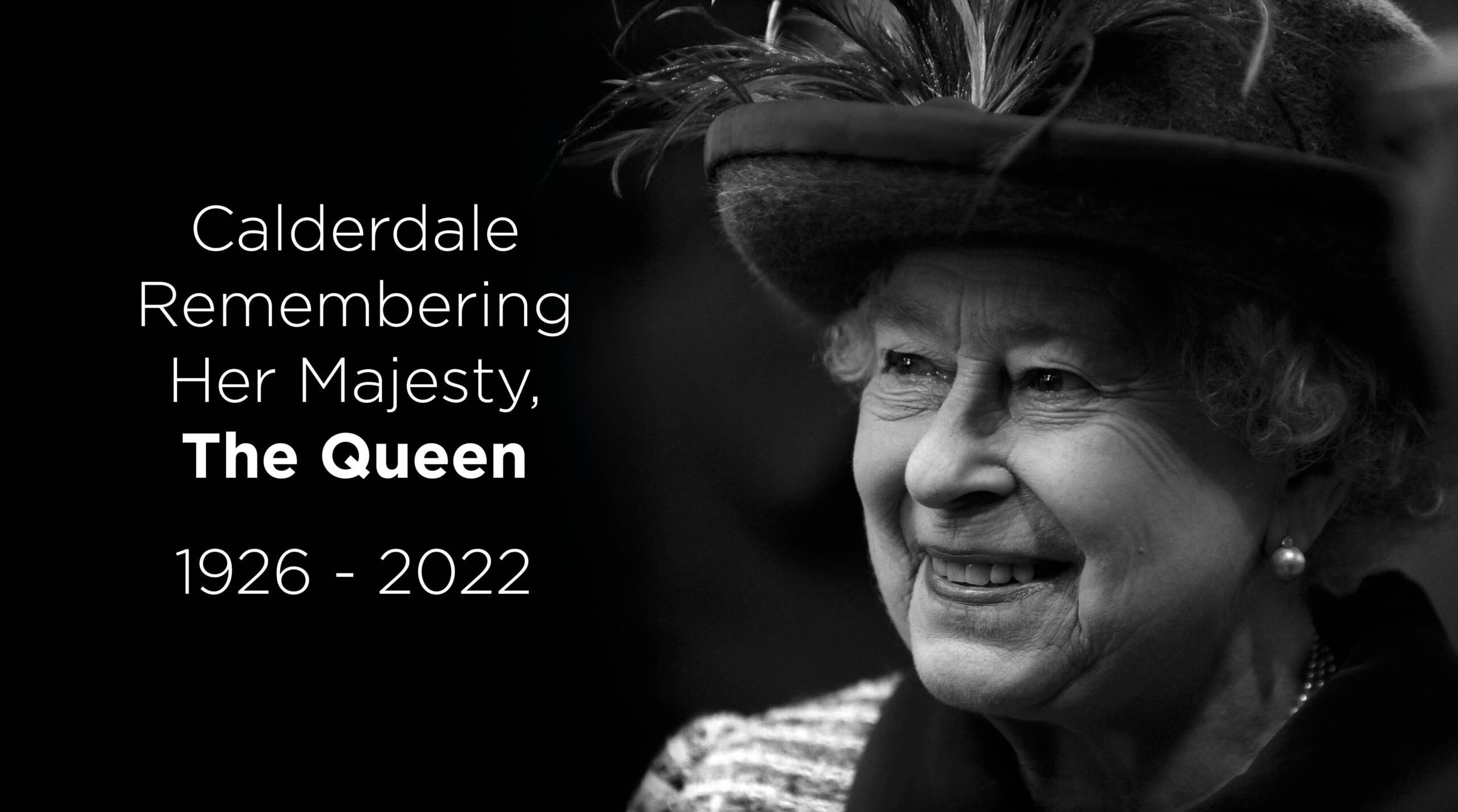 “We are deeply saddened by the news yesterday of the death of Queen Elizabeth II.  The Queen has played a unique role in the life of the nation for over 90 years.  Throughout her long reign she represented the country at home and abroad with dignity and grace.

“Our thoughts today are with the royal family.”

A letter of condolence will be sent by the Mayor, on behalf of the residents of Calderdale, to the new Sovereign, King Charles III.

Since the formal announcement by Buckingham Palace yesterday evening, the Union Flag has flown at half-mast at Halifax Town Hall.

Tomorrow will be Proclamation Day, when the new King will be officially proclaimed.  At 11am the flag will be flown at the mast-head at Halifax Town Hall to coincide with the reading of the Principal Proclamation at St James’ Palace in London.  The flag will remain at full mast until 4pm on Sunday 11 September 2022, when it will return to half-mast.

In West Yorkshire the proclamation will take place in Leeds at 1pm on Sunday 11 September 2022 by the High Sheriff.

The proclamation of the new Sovereign will then be made in Calderdale at 3pm on Sunday 11 September 2022, at Halifax Town Hall by the Deputy Mayor of Calderdale, Cllr Stephanie Clarke.

As a mark of respect, a black ribbon bow will be attached to the Council mace and to the Mayor and Consort’s chains. The Mayor and Deputy will wear black rosettes on their robes.

A book of condolence is open in the Victoria Hall at Halifax Town Hall.  The book will remain in place until 5pm on Tuesday 20 September 2022.  The Town Hall will be open from 8am until 6pm from Monday to Friday and from 10am to 4pm on Saturdays and Sundays.

Condolences can also be recorded online in the ebook of condolence on the official website for the Royal Family https://www.royal.uk/send-message-condolence(external link)

Floral tributes may be laid outside Halifax Town Hall.

A civic service in memory of the Queen Elizabeth II will be held at Halifax Minster at 7pm Saturday 17 September 2022.