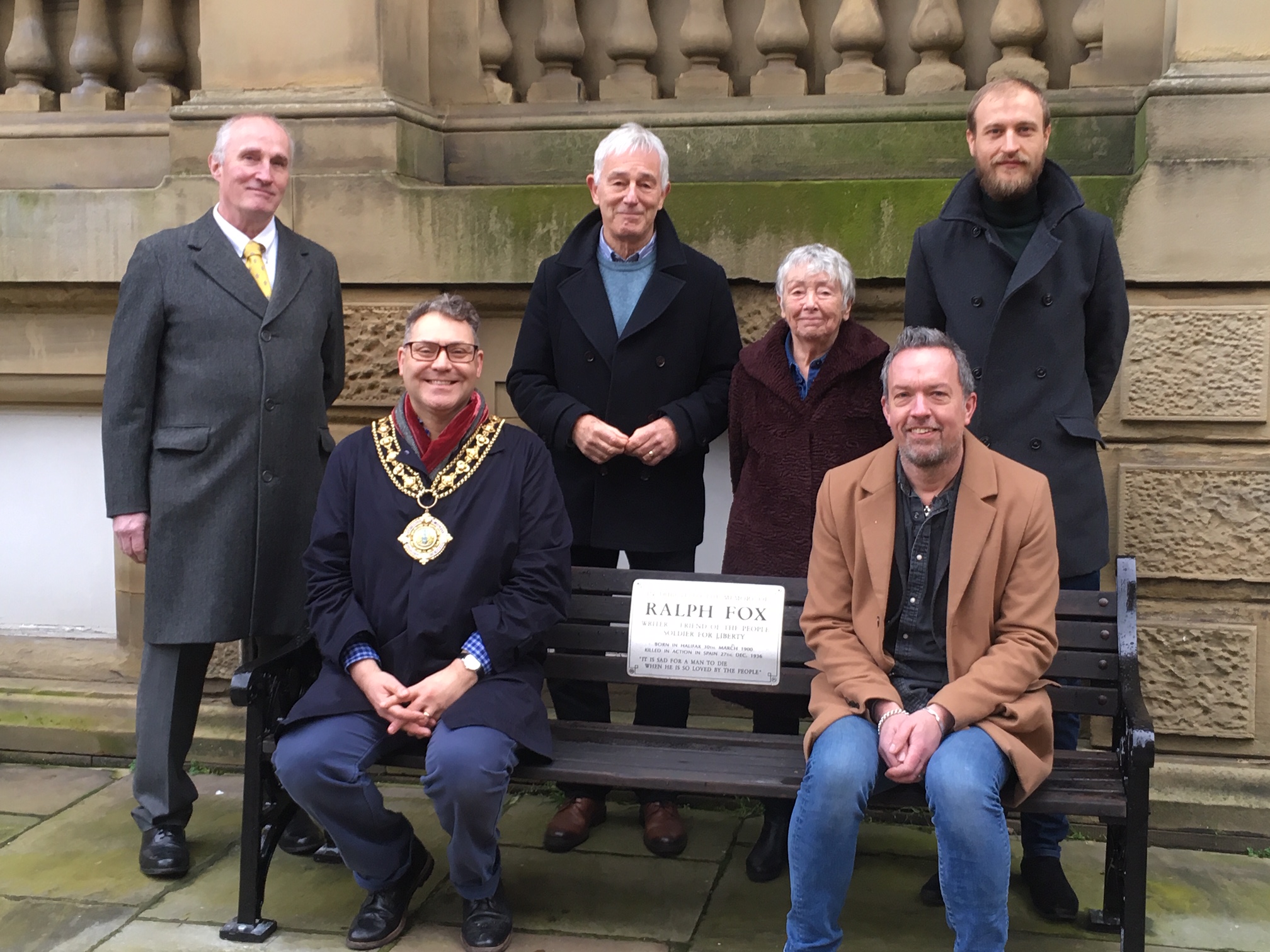 A memorial bench dedicated to Halifax-born Ralph Fox, who died in the Spanish Civil War, has been moved to Halifax Town Hall.

The bench was originally placed at Bull Green, and then moved to The Piece Hall before more recently being situated at Manor Heath Park.

It has now been permanently moved to Halifax Town Hall, in a central location outside one of the most prominent buildings in the town centre.

Fox was born in Halifax in 1900. He was educated at Heath Grammar School before attending Oxford University where he gained a degree in modern languages. He was a prolific writer and was one of the first to join the International Brigade – a group of volunteers from across the world who joined the fight against fascism in Spain during the Spanish Civil War of 1936-39.

He was killed just six weeks after arriving in Spain, during heavy fighting around the town of Lopera near Cordoba.

His memorial has now been rededicated by the Mayor of Calderdale, Cllr Marcus Thompson.

“The memorial bench and plaque commemorates the sacrifice of one of Halifax’s sons, who chose to fight in the Spanish Civil War, where he sadly lost his life.

“The contribution of nations across the world in this war is sometimes overlooked, as people think of it as solely a Spanish conflict. The memorial to Ralph, also reminds us of the many other British fighters who travelled to Spain at this time to fight for a cause they felt passionately about.”