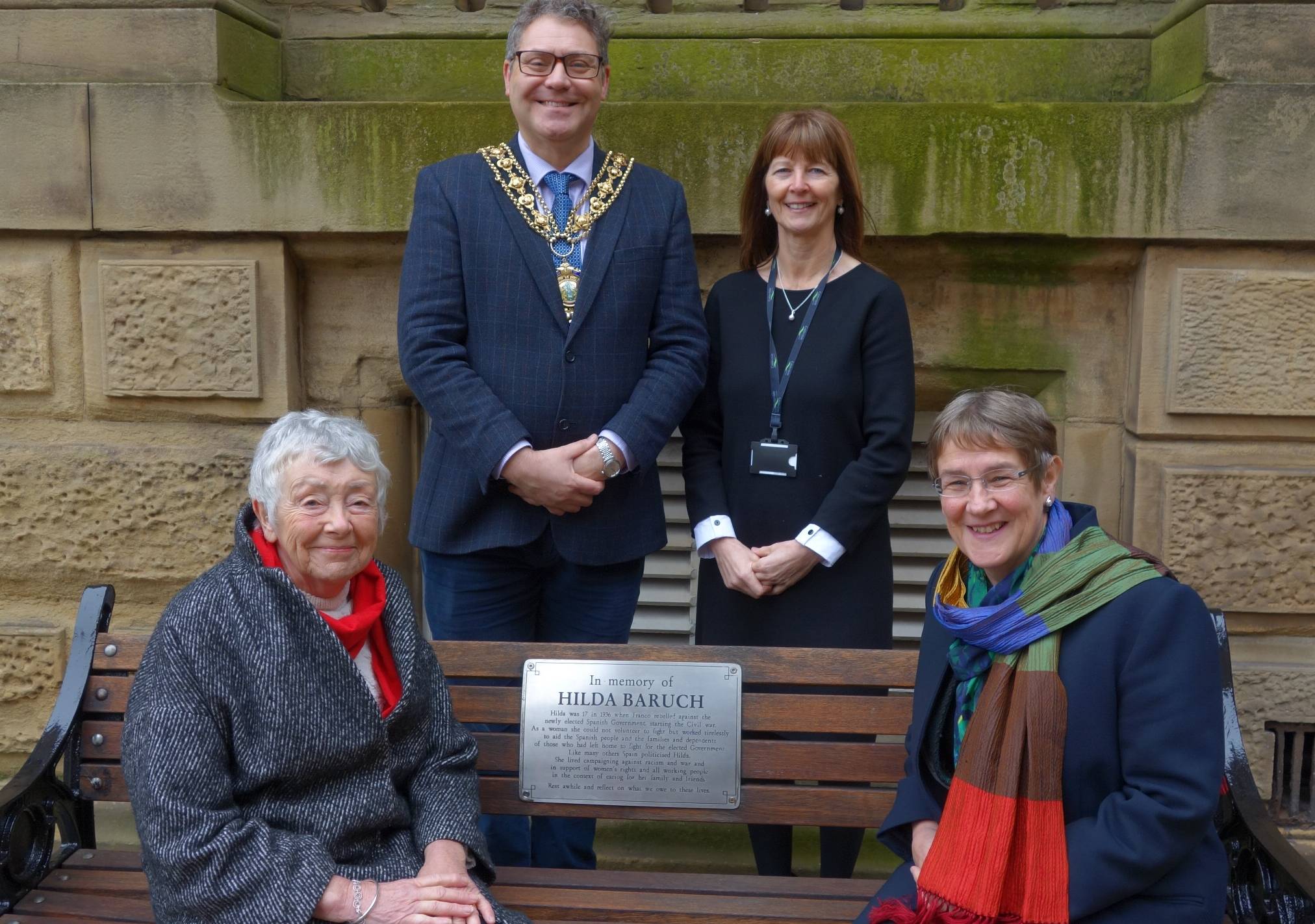 A memorial bench dedicated to Hilda Baruch, a committed advocate of women’s rights, has been moved to Halifax Town Hall.

The bench was previously located at Manor Heath Park, but has now been moved to the Town Hall. On Friday 8 March, International Women’s Day, the Mayor of Calderdale, Cllr Marcus Thompson rededicated the bench in its new prominent location.

Hilda Baruch was born in Liverpool in 1918, but spent most of her life in the Clayton area, near Halifax. At just 17 years old, she joined the struggle against fascism in the Spanish Civil War.

Although as a woman she was unable to fight, she worked tirelessly to support the Spanish people. This work to support victims of conflict continued during the Second World War, where she helped refugees fleeing from Europe.

Hilda lived campaigning against racism and war, and supporting the rights of women and working people all over the world. She died in 2009.

“It was fitting that on International Women’s Day this year we were able to reflect on the life of a remarkable local woman, Hilda Baruch, whose bravery and achievements are truly inspirational.

“Her memorial bench is now positioned outside Halifax Town Hall, next to that of Halifax-born Ralph Fox, who died fighting in the Spanish Civil War. Both are remembered for their strength of character and determination to support causes they felt passionately about.”