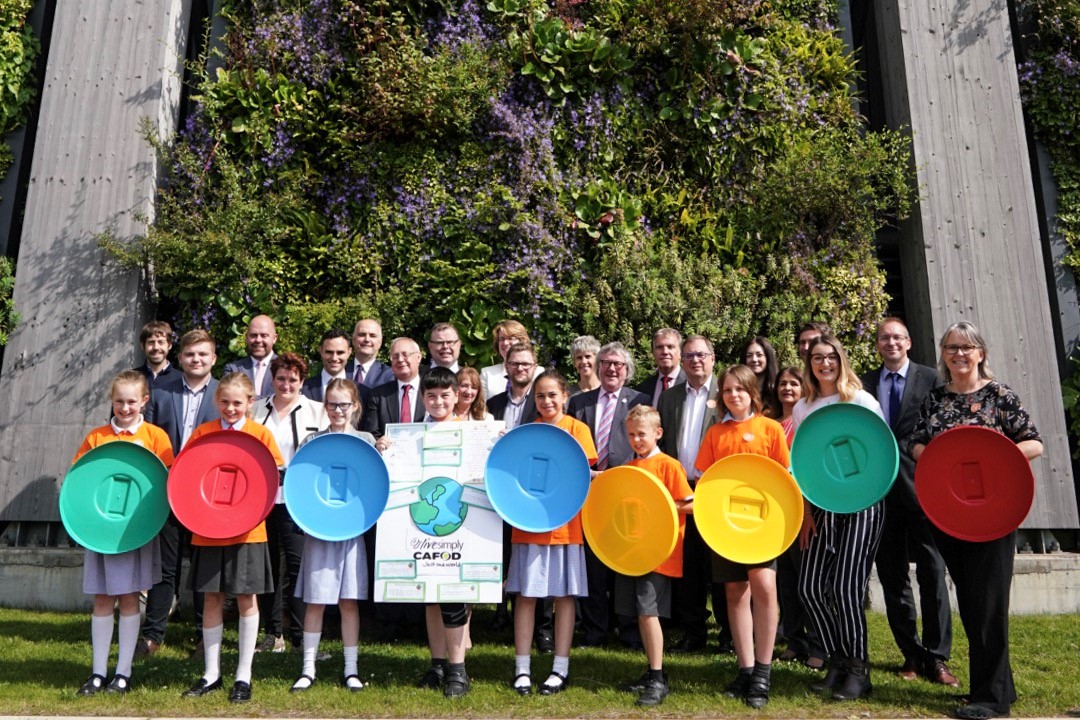 The creation of the Climate Coalition follows research commissioned by the Combined Authority from the respected Tyndall Centre for Climate Change Research to identify a science-based target for the City Region to become carbon zero. This research has identified that the City Region needs to halve its emissions every five years and should become net zero carbon by 2038.

The Coalition builds on many years of work by City Region partners to reduce carbon emissions, which has contributed to an overall 38% reduction in carbon emissions in the City Region since 2005, compared to 27% nationally. It follows the declaration of a climate emergency by the Combined Authority on 27 June.

“We’re creating our Climate Coalition to bring people from different parts of the City Region together as we fight for a cleaner, greener future where our children, and their children can thrive.

“We commend our constituent authorities’ ambitious commitments to their carbon reduction targets. We will have made significant progress by 2030 and the city region will be net carbon zero by 2038 at the latest.

“The Combined Authority has already developed an energy strategy and delivery plan and declared a climate emergency to reflect the seriousness of the problem we’re facing. We’ve already engaged with more than 150 individuals and organisations to be part of our collective effort to meet this challenge by working in partnership.

“Investment in clean growth could add £11 billion to our economy and create 100,000 extra skilled jobs for local people. People can also enjoy lower energy bills and better health for everyone in the region thanks to warmer, more efficient homes, greener transport and cleaner air.”

“The Leeds City Region is in a unique position to drive forward the green revolution – we’re already doing a lot as a region including generating 30% of the UK’s renewable or low carbon energy and we have aspirations to increase that as we look for new and innovative ways to bring emission levels down.

“As the work by the Tyndall Centre for Climate Change makes clear – meeting our 2038 target will not be easy required coordinated action by local government, industry, business and people of all ages.

“We cannot shy away from this challenge. Now is the time to harness our region’s distinctive and diverse strengths to realise these opportunities and deliver a future our young people deserve.”

Those signing up to the Climate Coalition have pledged to play their part in reaching the target of making Leeds City Region net zero carbon economy by 2038 at the latest, with significant progress by 2030. They will do so by taking action within their individual organisations and by working in partnership with others.

The launch was held at Veolia’s state-of-the-art Recycling and Energy Recovery facility in Leeds – a partnership between Veolia and Leeds City Council to manage black bin household waste in the city, increase recycling rates and produce energy from waste.

“We all know that reducing greenhouse gas emissions is absolutely critical to help control the potentially devastating effects of climate change. We will continue to work with Leeds City Council to help residents to reduce their impact on the environment and to help reach this goal.”

The Energy Heroes, who attend St Joseph’s School in Wetherby, showed off art work which depicted what they would like a zero carbon Leeds City Region to look like. The UK-wide Energy Heroes network helps schools become a model of energy efficiency.

A group of 10-year-old primary pupils from Wetherby, known as the Energy Heroes who help reduce emissions at their school, were invited to launch the coalition and be some of the first to pledge their support.

“I have loved learning about how to live a better life. It’s all about respect for people and the planet – living in harmony for eternity.”

Working with businesses around the region is one of the key aims of the Leeds City Region Climate Coalition.

“We have to take action and work together if we are to tackle the climate emergency – and we firmly believe that delivering for the environment is also an opportunity to deliver for the region’s economy.

“At Drax we’re working with partners to explore the potential to create the UK’s first net zero industrial cluster here in the north. By scaling up our successful bioenergy with carbon capture and storage pilot project, Drax could become the world’s first negative emissions power station and act as the ‘anchor’ for a new net zero, hydrogen economy – creating clean growth, new jobs and export opportunities.”

For more information on how the Combined Authority is helping to create a zero carbon City Region visit www.westyorks-ca.gov.uk(external link) or visit www.the-lep.com(external link) to find out about support available for businesses.