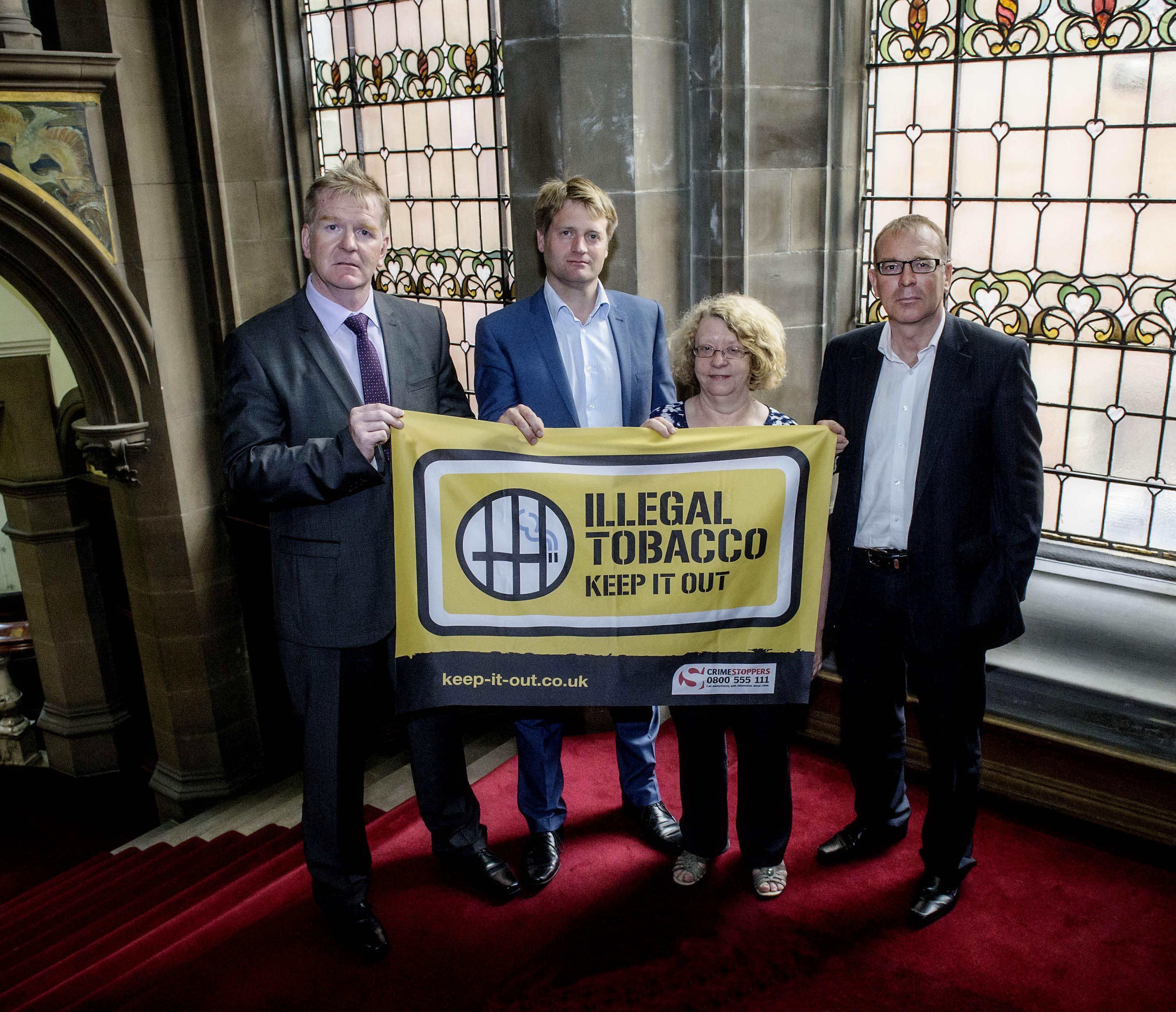 Calderdale Council has joined forces with Bradford, Kirklees, Leeds, Wakefield, York Council and West Yorkshire Trading Standards to launch a new campaign to tackle the trade in illegal tobacco and stop dealers who sell to children.

The ‘Keep It Out’ campaign is launching across West Yorkshire and York on Monday 14 July, aiming to put a stop to cheap, illegal tobacco which makes it easier for children to smoke and brings crime into local communities.

Smokers are being asked to think about the impact that local illegal sales have on enabling children to smoke before they buy. Anyone who knows where it is being sold is being urged to call Crimestoppers confidentially on 0800 555111.

A major independent survey of over 1,200 smokers and non-smokers across West Yorkshire and York revealed:

“It’s alarming that children are being targeted, and as a community we need to protect them. This is how children buy cigarettes underage. Smokers also tell us that they want to give up smoking but their attempts are harder if somebody offers them cheap tobacco.

“Calderdale Council is taking this issue seriously as part of wider efforts to reduce the harm caused by smoking and to reduce the number of children who take up smoking every year.”

“Smoking is responsible for 360 premature deaths a year in Calderdale. We know that eight out of ten smokers regret starting, so we want to put a stop to the illegal cigarette trade which targets children and may encourage them to take up smoking.

“While all smoking kills half of all long term smokers, illegal tobacco makes it easier for children to smoke, and makes it harder for adults to give up.”

“Children and young smokers are often targeted by people who sell illegal cigarettes, making it even easier for them to get hooked on smoking. The people making money out of this do not care who they sell to.

“If you don’t want local children to smoke, and you know where illegal tobacco is being sold, we would encourage you to call Crimestoppers in complete anonymity.”

To find out more about the problems with illegal tobacco visit http://www.calderdale.gov.uk/KIT/

Anyone with information can call Crimestoppers in confidence on 0800 555111 or tell their local trading standards team or Police.