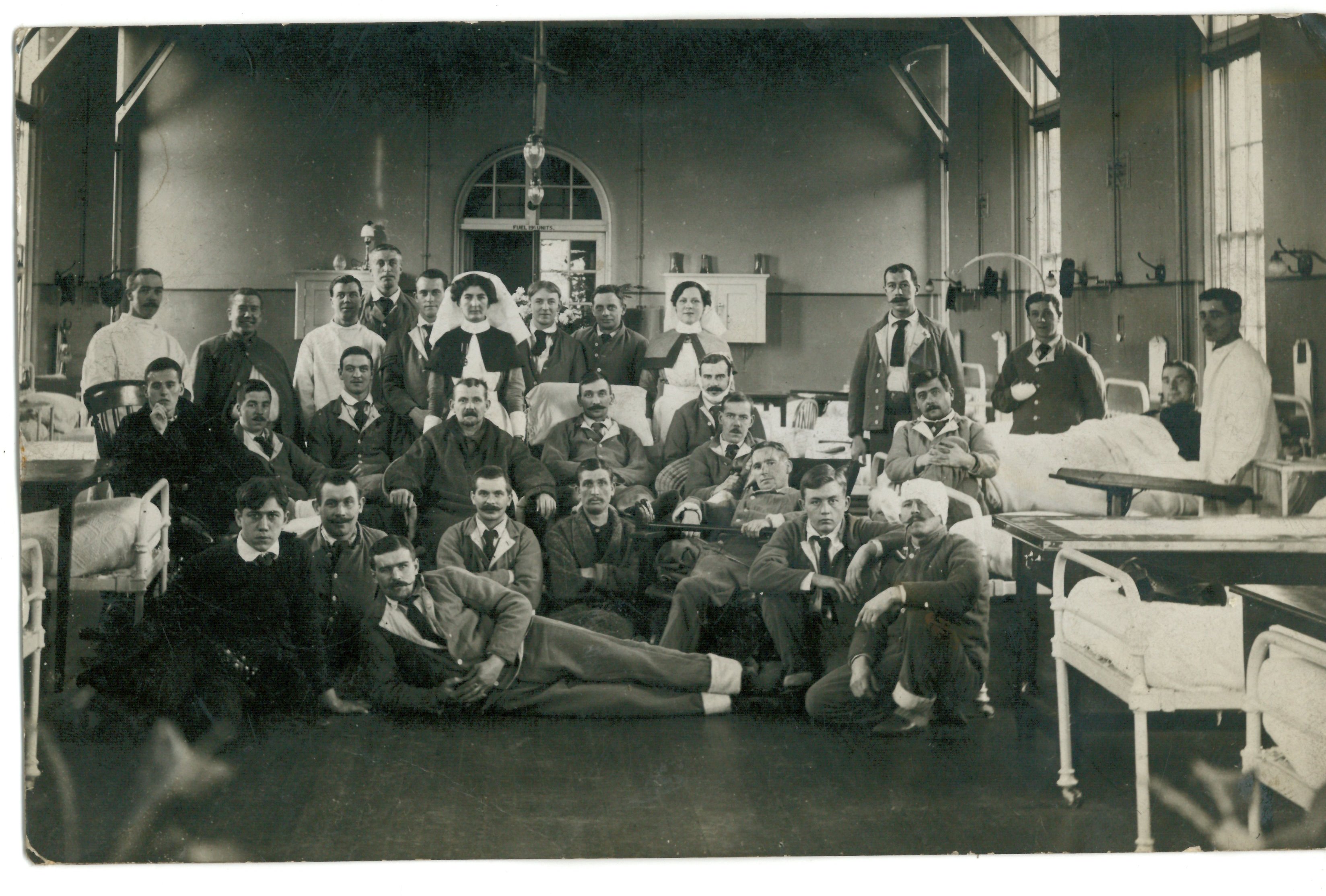 The First World War affected cities, towns and villages all over the country, and Calderdale is no exception. Many people who were not in active service found new ways to help the war effort, and many buildings were used for different purposes.

There are sites all over Calderdale that played a key part in World War One. Throughout the centenary period, there’ll be small displays popping up at significant sites, supplementing the extensive new exhibition ‘For King and Country’ which opened on Saturday 1 August at Bankfield Museum, Halifax.

One of the buildings which will feature a display is Spring Hall Mansion, near Halifax. Today the Mansion is known as being a magnificent setting for a wedding, civil ceremony or naming ceremony, but you might not know that during the First World War, Spring Hall was used as a convalescent and auxiliary hospital for servicemen.

Spring Hall opened as a hospital on the 1 February 1916. Initially it had 84 beds, until nearby Shaw Lodge was added and by 1 April 1917 220 beds were available. The hospital was run by Dr Shaw and his wife Mrs W. Shaw, who was in charge of administration. It was staffed by War and Voluntary Aid Detachment nurses.

Before its closure on the 28 February 1919 the hospital had treated 3619 patients. Mrs Shaw received an award from the Royal Red Cross for her work and another 20 to 30 nurses from the region were also given honours in 1919.

“There are landmarks relating to the First World War all over Calderdale, some are obvious, such as the war memorials which we are carefully restoring for the centenary, but others are less clear, such as Spring Hall’s story.

“Many people living in Calderdale today will have ancestors who gave their lives for their country, or were injured in the line of duty and may even have been treated at Spring Hall. It’s a fitting tribute that stories like this one will soon be commemorated with displays, revealing the forgotten history of their contribution to the War.”

To mark the centenary, Calderdale Council has a number displays planned, which will be installed at landmark sites throughout Calderdale during centenary period. The For King and Country exhibition at Bankfield Museum in Halifax explores the region’s involvement in the war and the impact on the area, and will be open until December 2018.

For more information about the exhibition visit http://museums.calderdale.gov.uk/king-and-country or call 01422 352334. Bankfield Museum is open Tuesday to Saturday 10am to 4pm, and is free to attend.