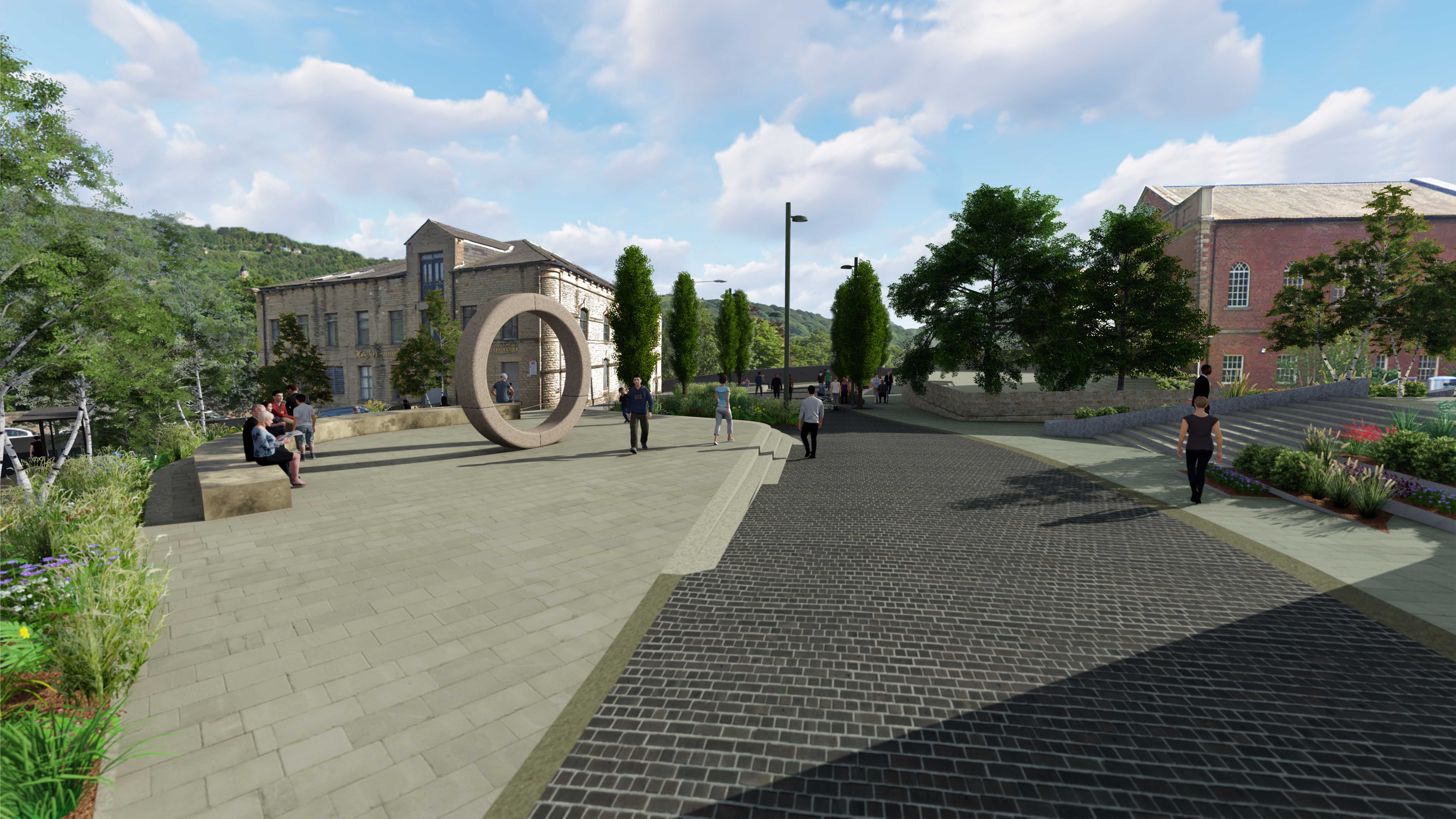 Designs for the area between Halifax rail station and The Piece Hall, known as the ‘Eastern Gateway’, have been redeveloped, following the listing of the former Hughes Corporation building. The improvements to the scheme now fully incorporate the building into the plans, enhancing the overall look of the scheme with minimal impact to the original highway proposals.

The Halifax town centre scheme is one part of the Council’s wider plans to tackle congestion on the A629 between Halifax and Huddersfield, helping to boost the local economy, with funding from the West Yorkshire Combined Authority’s West Yorkshire-plus Transport Fund.

This phase of the project includes the creation of a modified route into and out of the east of Halifax, to allow through traffic to avoid the town centre. It also includes improvements to the western route to reduce congestion – both enhancements helping towards reduced emissions and better air quality.

Designs include significant changes to make it easier to walk and cycle around the town, encouraging active travel, and bus users will see a revised bus network to allow for better connectivity with the rail station. There will be increased bus services and much improved facilities, with a new bus station planned for the existing site.

In addition the proposals introduce high quality improvements to the look and feel of the town centre, including the proposed pedestrianisation of Market Street.

Subject to planning approval and further agreement with the West Yorkshire Combined Authority, work on the Halifax town centre project is due to start on site in spring 2021.

“This is a key milestone in the much anticipated transformation of Halifax town centre.  The revised proposals around the Piece Hall and rail station are really exciting, as the former Hughes Corporation building is cleverly worked into plans to make the area more attractive and accessible.

“This phase of the A629 project will make it much easier to get around the town and will especially benefit users of public transport, cyclists and pedestrians. The benefits of the scheme and investment in and around the town centre will also provide opportunities for workers, residents and visitors to the town.”

For more information on the A629 project and other major improvements to transport, public spaces and business premises, visit, www.calderdalenextchapter.co.uk(external link)

The Next Chapter helps to form Calderdale’s Vision 2024. But where do we want to be by 2024? What’s our ambition and what will be different? Get involved with the debate on twitter with #VisionCdale2024 and find out more https://www.calderdale.gov.uk/vision/(external link)