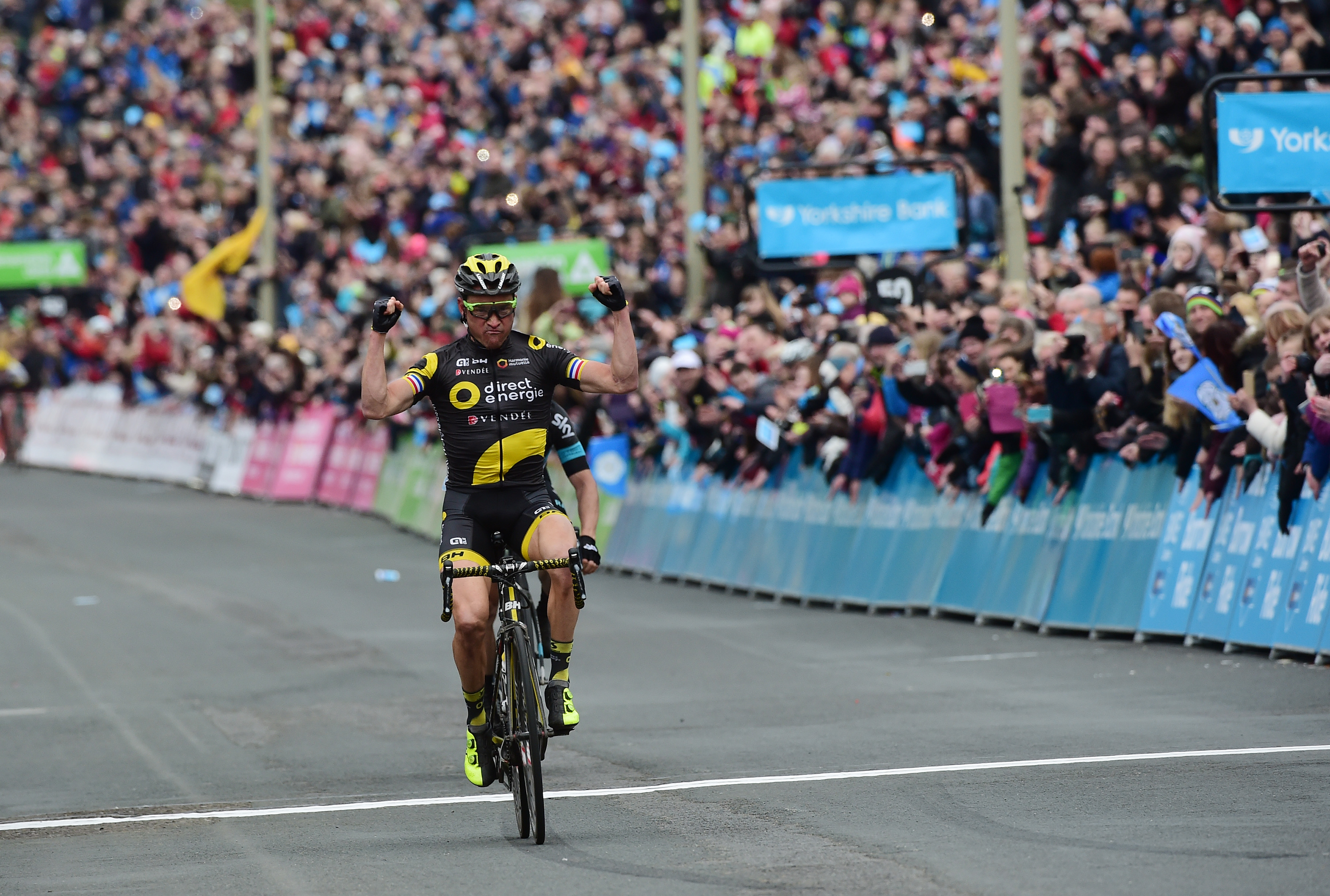 Thomas Voeckler will be back to defend his Tour de Yorkshire title after being unveiled as the first star rider of 2017.

Welcome to Yorkshire announced Voeckler today, who emerged triumphant last year when he broke away with Nicolas Roche (Team Sky) on the final climb of the third stage.

He then outsmarted his rival in a two-way sprint for the overall victory along Scarborough’s North Bay.

That win proved the highest-profile success of the season for the Frenchman, who is one of the most celebrated cyclists of his generation.

He has earned a cult following due to his attacking style and never-say-die attitude.

The 37 year old has also won four Tour de France stages, held the iconic yellow jersey for no less than 20 stages, and even topped the mountains classification in a glittering career.

Last September he announced plans to retire following this summer’s Tour de France, meaning the Tour de Yorkshire on 28-30 April will be his last-ever appearance on British soil.

As such, the Direct Énergie rider will be firing on all cylinders and cannot wait to return to the county which he holds in such fond regard.

“I fell in love with the Tour de Yorkshire two years ago and it was a huge honour to win it after finishing third in 2015.

“This race feels like home for me because the crowd are always shouting my name, holding up banners or writing it on the road. I have never seen anything like it.

“I am looking forward to competing in Yorkshire one last time and I hope to have a major impact on the race, however I can.”

Welcome to Yorkshire chief executive Sir Gary Verity is delighted to see Voeckler return for a third successive season and insists he is just the first in a long list of world-class riders to be unveiled over the coming months.

“Thomas has been a tremendous ambassador for the Tour de Yorkshire so I am thrilled he will be on the start line again.

“His swashbuckling style is a joy to behold and that tenacity has endeared him to supporters young and old.

“Riders of his ilk are what makes the Tour de Yorkshire so special and we will have a stellar field lined up once again in April.

“The word is now truly out on what a special and well supported race the Tour de Yorkshire is, and with the 2019 World Championships now firmly on the horizon, the interest in the race has never been higher.”