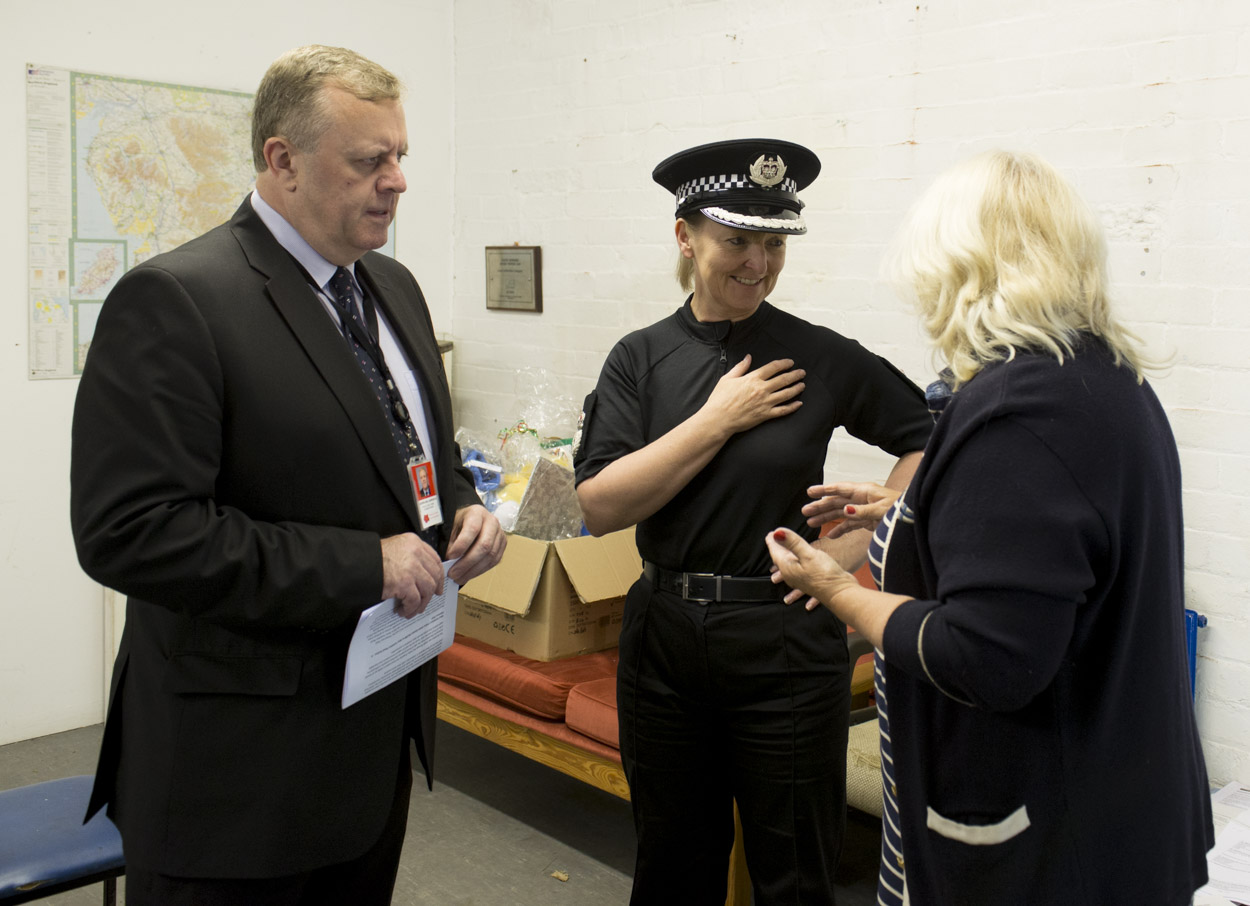 The floods which devastated parts of Calderdale, Leeds and Bradford on Boxing Day left an untold amount of damage across the areas which affected thousands of local people.

The visit follows a donation of £40,000 to West Yorkshire flood victims from the PCC and T/CC with the money being used to support the most vulnerable victims in all three areas.

Yesterday, PCC Mark Burns-Williamson and T/CC Dee Collins visited Calderdale and heard about and saw first-hand the damage done to local businesses and how residents are helping to repair and move forwards.

The visit began at Mytholmroyd Community Centre where the PCC and T/CC met local police officers and community centre staff who have been helping with relief efforts. From there they visited the Environment Agency office and affected business including the Village Garden Hut and Headquarter Hair Salon to hear about the impact of flooding on their trading. The last stop was theMytholmroyd Hub where the Chiefs met volunteers who have been assisting with the clean-up operation and residents whose homes have been affected.

“It’s difficult to fully imagine what the people from these flood affected areas have been through; being faced with your home or place of business being ruined, especially at that time of year, is horrendous. The people and organisations of these affected areas have shown extraordinary resilience and courage in tackling the clean-up operation.

“I was delighted that we are able to provide some money to help support the most vulnerable people impacted by the floods, the effects of which are very much still being felt and I hope this visit reminds people of that.

“I have thanked West Yorkshire Police for leading the initial co-ordination of the response to the flooding in West Yorkshire through the local resilience multi-agency forum. The response was a credit to them and the other emergency services involved and particularly to our communities who rallied round tremendously to help.”

“While the devastation caused by the Boxing Day floods may no longer be in the headlines, its impact is still acutely felt in our local communities.

“I continue to be heartened by the resilience of local people as the clean-up operation goes on.”

“The impact of the flooding across Calderdale has been far reaching, affecting almost 2000 homes and over 1000 businesses.

“Since then I’ve been impressed by the determination of our communities, which have worked so hard to bounce back.  Last weekend, for example, we marked the six month anniversary of the floods with Hebden Bridge’s Alternative Christmas Day and the Mytholmroyd Gala, which were real celebrations of how far these vibrant communities have come.

“This very generous donation will support the continuing recovery work across Calderdale.”

The £40,000 came from the Police Property Act Fund which is made up of monies received by the police from the sale of found property and from property confiscated by order of Court and then sold. Funds can be used to support local projects and charitable organisations that solely benefit West Yorkshire’s communities.

The one-off donation has been made via the Calderdale and Leeds Community Foundations who have both established a flood appeal in conjunction with their local Councils.