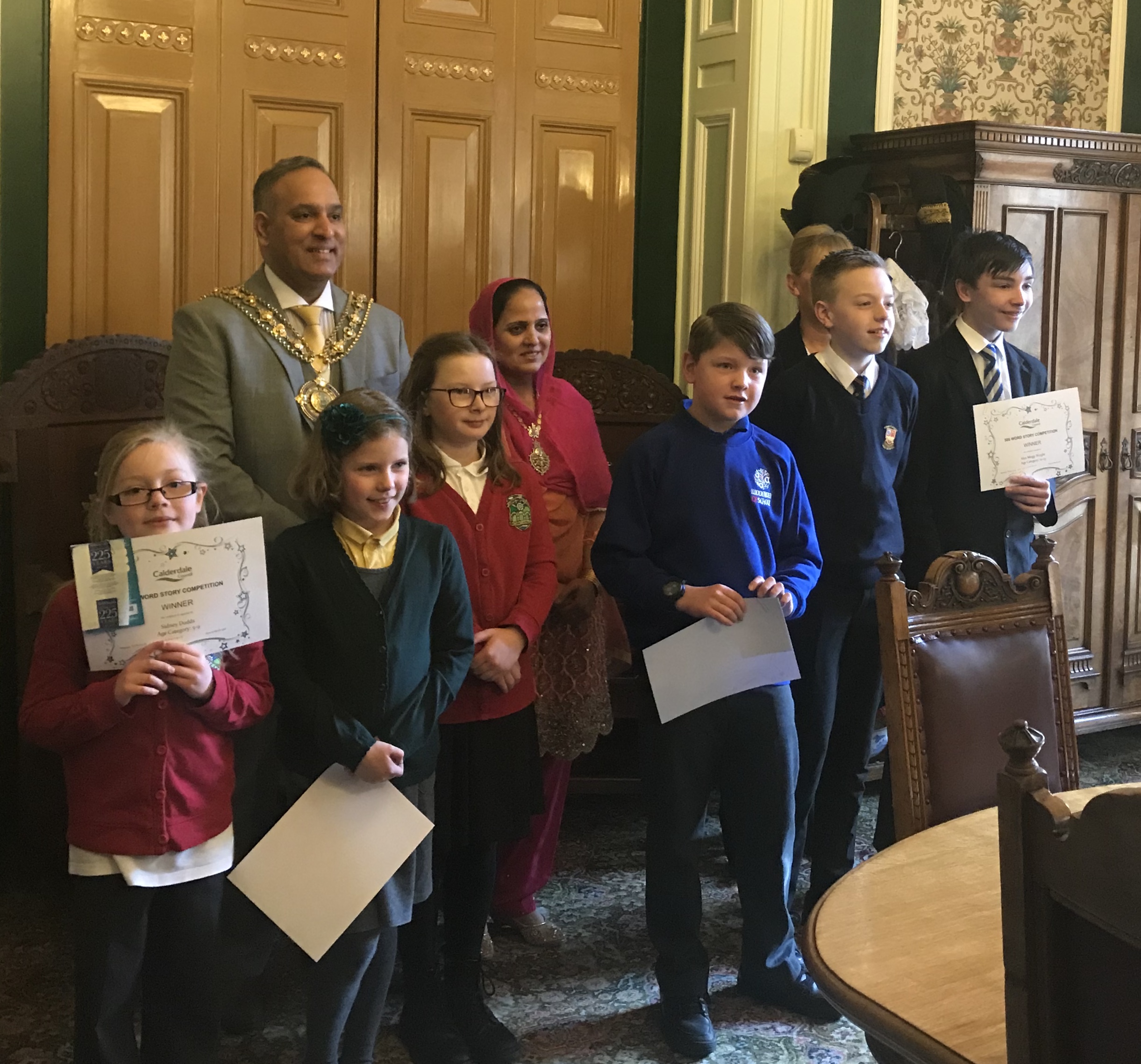 Budding young writers in Calderdale have been taking part in a short story writing competition based on BBC Radio 2’s 500 words contest.

Children from Calderdale schools have been writing their own short stories on any theme or subject, with entries split into two age categories, 5-9 and 10-13.

Overall, over 80 entries were received and three winners from each age category were chosen as winners by judges from Calderdale Council.

In the 5-9 year old category the winners were Imogen Petty from St Patrick’s Primary School in Elland, Thomas Pegg from Luddenden CE school, and Sidney Dodds from Calder Primary School.

The winners were given prizes of books, donated by the Book Corner book shop in the Piece Hall and a book token from the Council. The children received their prizes from the Mayor of Calderdale, Cllr Ferman Ali and the Mayoress, Mrs Shaheen Ali at the Mayor’s parlour at Halifax Town Hall, before receiving a tour of the building.

Calderdale Council’s Cabinet Member for Children and Young People’s Services, Cllr Megan Swift, who was also one of the judges in the competition, said:

“We were delighted to receive so many entries this year and our thanks go to all schools entering the competition for their enthusiasm and hard work.

“There has been a tremendous amount of work going on across schools in the borough to further improve standards in writing and we were thrilled with the very high quality of the stories entered in the competition.

“There were some amazing pieces of writing making the job of judging very pleasurable but also incredibly difficult indeed!”