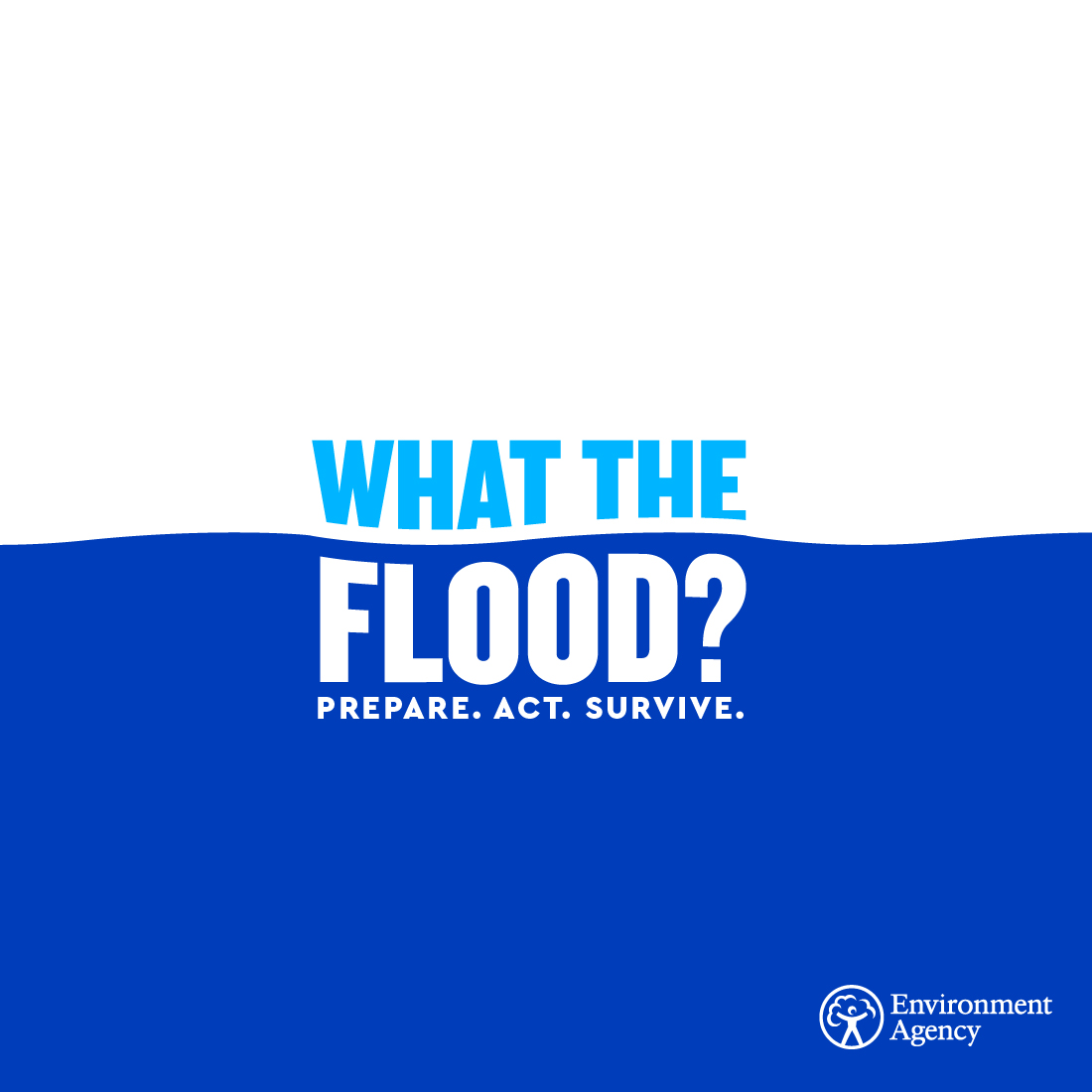 Press release from the Environment Agency

People who experience damage caused by extreme weather such as storms or flooding can be 50 percent more likely to face stress and depression.

A quarter of people who have been flooded still live with issues such as stress and depression at least two years after the event.

This is according to research highlighted by the Environment Agency during national Flood Action Week which runs from 20 January as officers urge people to be better prepared for the potentially devastating impacts of flooding.

“With climate change already causing more frequent, intense flooding and sea level rise, it is crucial that we all know what to do, should the worst happen.

“People living in parts of Calderdale are at particular risk due to the geographical nature of the valley.

“We are working hard with our partners to improve protection for the communities by developing flood defences and using natural flood management techniques but there are also some simple things you can do to help keep you and your family safe such as moving possessions upstairs and preparing a grab bag with medicines and important documents.

“Knowing what to do in a flood event can save you thousands of pounds in damages and disruption.”

“Anyone who has experienced a flood will know just how extensive the impact can be on their lives – it’s not just the financial stress, it’s the loss of irreplaceable sentimental belongings and the strain it can have on those affected.”

Flooding can have a negative impact on mental health for several reasons – from the financial repercussions of fixing extensive damage to the loss of sentimental items and the stress it places on victims’ relationships. It often results in people having to move out of their homes, displacing them from their community for many months.

But taking action to prepare for a flood can reduce damages by around 40% as well as reducing the likelihood of suffering from mental health impacts in the future, which is why the Environment Agency is calling on those at risk to familiarise themselves with its ‘Prepare, Act, Survive’ guidance – a simple set of instructions to help keep people and their possessions safe in a flood. The guidance includes simple but effective advice such as preparing a bag with medication and important documents and moving valuable and sentimental items upstairs or to higher ground.

With support from Community Foundation for Calderdale and the Environment Agency, Healthy Minds, a charity based in Halifax, has been working over the past few years to help people recover from the emotional aftermath of flooding in and around Todmorden and Hebden Bridge.

“We have found that many people remain anxious and our focus is on building communities’ resilience by bringing people and organisations together for mutual support.

“The response has been great, showing that a collective effort, alongside practical clean up and preventative work, puts people in a much stronger position to deal with whatever happens in the future.”

Worryingly, low income households are eight times3 more likely to live in tidal floodplains than more affluent households, but 61% of low-income renters do not have home contents insurance, meaning they’re more susceptible to a financial shock as a result4. According to data from insurance company Aviva, most low-income renters would struggle to meet typical insurable losses with nearly three quarters (73%) unable to meet an unexpected bill of £500 without help5. In addition to meeting the financial costs, flooding can cause heart-breaking sentimental loss with the likes of photographs, keepsakes and ornaments among some of the most common non-replaceable6 items to suffer from water damage.

Worcester resident and flood campaigner, Mary Dhonau, 58, has seen her house flooded on many occasions, with the worst bringing a torrent of waist-height sewage into her family home in 2000. It had a devastating impact on her family and their neighbours. She said:

“When my street flooded in 2000, we had just found out my youngest son was severely autistic. The bewilderment when he realised the flood had ruined his toys was devastating. One of my neighbours who is severely agoraphobic had to move out of her house, and another who had been recently widowed found all her wedding photographs had been ruined by the floodwater. Living through a flood is the most appalling experience and really does compound issues you are already dealing with.

“I campaign to raise awareness of flooding because I know – first-hand and through thousands of people’s stories I’ve heard through my work – what the true impact of a flood can be. Check whether you are at risk, sign up for flood alerts and make the necessary preparations. You will need all the mental strength you have if the worst should happen.”

To support its campaign this year, the Environment Agency has created a short film showing the devastating impacts that flooding has on a home and family. The film, narrated from a child’s perspective shows a dolls house with mouldy walls and carpets, ruined family photographs and toys, simulating the real damage that flooding causes. The film will be shown throughout flood action week to encourage people to think about taking action to prepare for flooding.