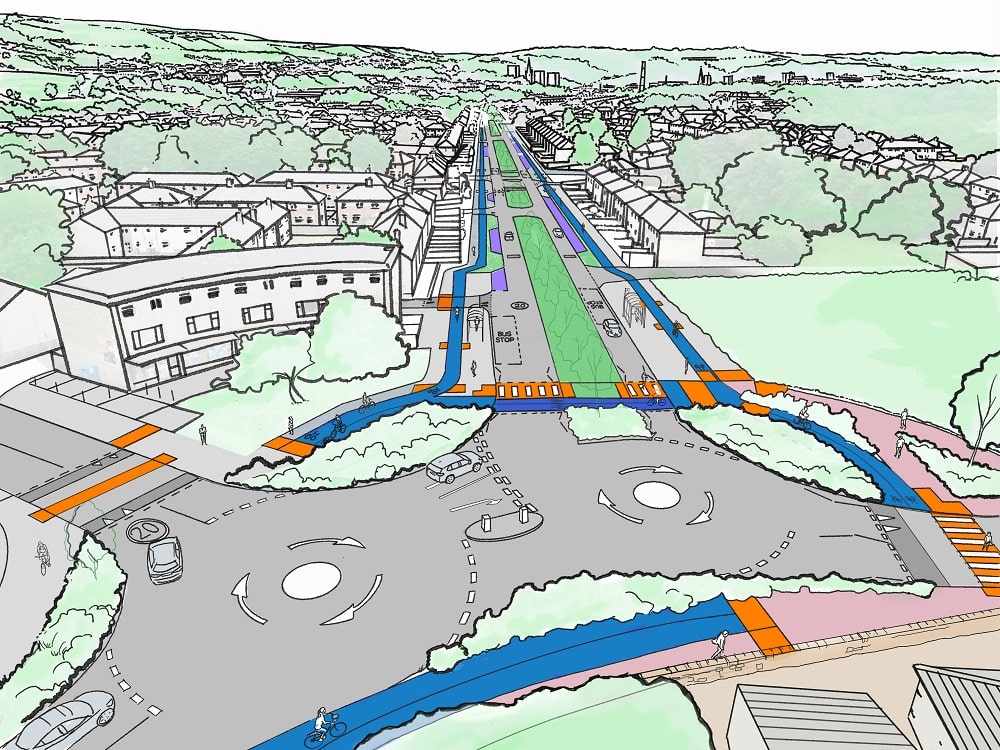 Calderdale Council, in partnership with the West Yorkshire Combined Authority, is asking for feedback on plans to improve walking and cycling journeys in north and west Halifax.

Improvements to options for making trips on foot, bicycle, scooter or bus are planned for areas to the north and west of Halifax town centre. This includes the areas around Dean Clough, Lee Mount, Ovenden and Illingworth in north Halifax and on and around Gibbet Street, Queen’s Road, Hanson Lane, Parkinson Lane and the Beech Hill estate around west Halifax.

The proposals have been developed with the aim of creating safe, healthy and more inclusive places where people choose to walk, cycle and use public transport. The designs have been developed following a feedback exercise earlier this year, with several changes made to previous designs.

“Choosing to make trips on foot, by bicycle or public transport is not only beneficial for our health, but also is an important part of our work to tackle the climate emergency. We want to support people to choose these methods of travel and our plans for north and west Halifax look at ways in which we can make walking and cycling more appealing.

“The areas where improvements are proposed are relatively close to the town centre, but currently have few facilities for walking and/or cycling. We’ve developed the latest designs using feedback from local people who know these areas better than anyone and we’re asking people to have their say on these amended proposals.

“The feedback we receive as part of this consultation will be used as part of the development of final designs, to ensure the proposals meet the needs of local people.”

Detailed plans which are split into different sections on a clearly presented map, are available to view at www.yourvoice.westyorks-ca.gov.uk/north-halifax-2(external link) and www.yourvoice.westyorks-ca.gov.uk/west-halifax-2(external link). These links also include additional information for each area including plans and pictures to help people understand the proposals, as well as key changes since March 2021 and answers to some frequently asked questions.

Feedback on proposals can be submitted until Sunday 19 December 2021. Those who do not have access to the website can contact West Yorkshire Combined Authority via Metroline on 0113 245 7676 for a printed copy of the designs and survey along with a freepost envelope.