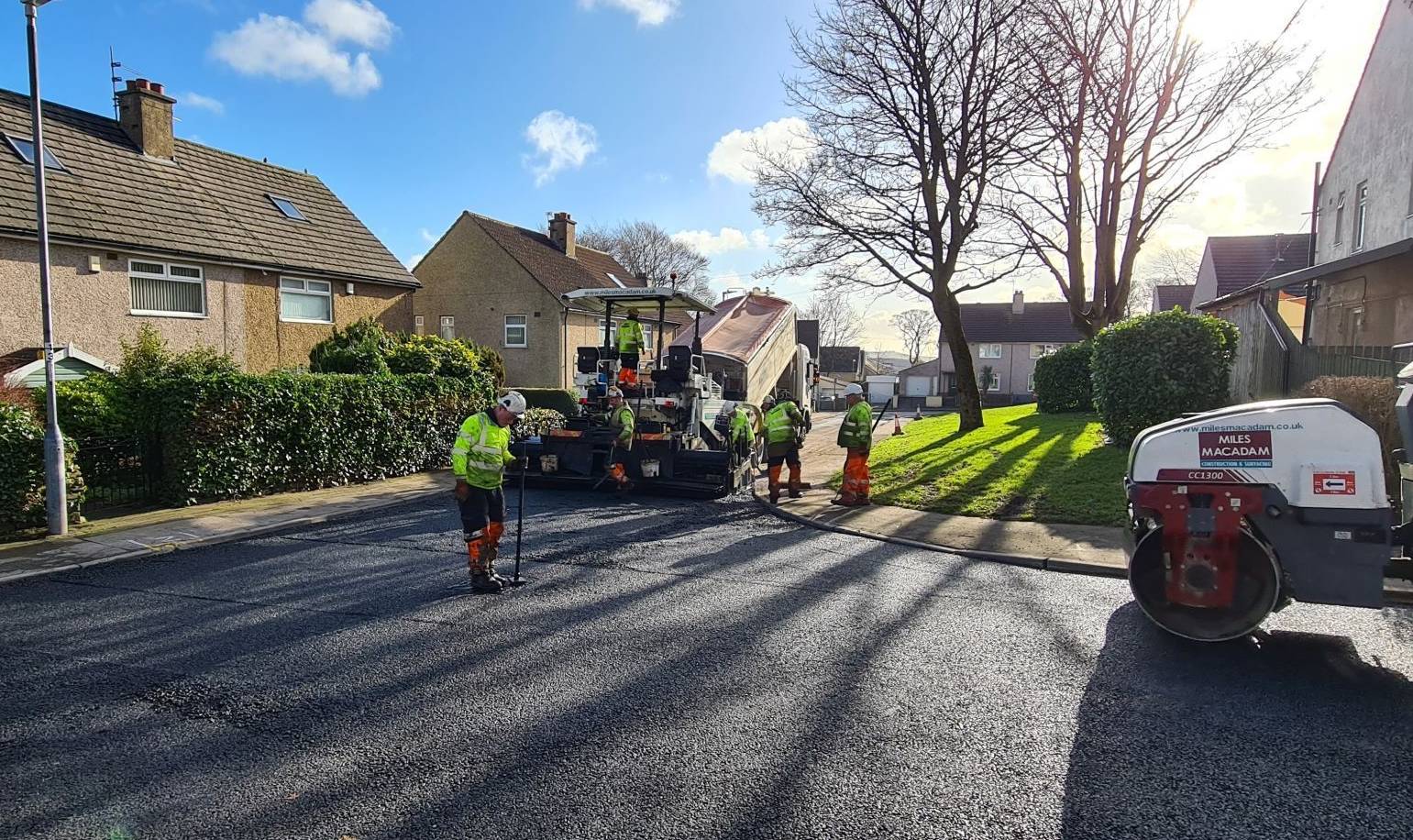 Over £7million is set to be invested in Calderdale’s highways network over the next 12 months, with the proposed work plan being considered by the Council’s Cabinet.

Calderdale Council is responsible for more than 1000km of adopted highway, 365 highways bridges, 122 culverts and 730km of wall.  These assets are regularly inspected, and a programme of work agreed within the available budget.

The Highways Capital Programme for 2022/23 not only addresses highways maintenance and road safety, but also looks to incorporate measures to support the Council’s response to the climate emergency, supporting active travel and carbon reduction wherever possible.

Over £3million has been allocated to carriageway improvements. More than 40 roads across the borough have been identified for resurfacing or surface dressing with the programme split between classified (A,B,C roads) and unclassified roads. Additional work is also proposed for Birds Royd Lane in Brighouse, as well as on various roads around Halifax town centre to support the planned town centre improvements.

The roads included have been identified following thorough assessments of the entire network, using methods including visual inspection of condition, ground scanning and computer algorithms. The results are analysed and additional thorough staff inspections take place, with identified priorities being included in programme proposals.

Funding is also allocated for the structures programme with over £1million due to be spent on supporting improvements to bridges, culverts and walls. This includes proposals for two arch-strengthening schemes at Hebble End Bridge and Hippens End Bridge.

Around £1.7million has also been set aside for additional works around the borough which includes highway safety initiatives, speed management programmes and improvements to white lining to help traffic flow.

Reducing the environmental impacts of highways infrastructure and supporting active travel is also a key part of the programme. Proposals include focused improvements on cycle infrastructure and upgrades to reduce the amount of carbon emitted by current illuminated signage.

“Our highways network is made up of roads, bridges, cycle routes, public rights of way and more. Improving and maintaining these elements is much more than helping people get from A to B; it supports safe and welcoming communities, encourages active travel, prevents accidents and contributes to our work to tackle the climate emergency.

“The Highways Capital Programme 2022/23 includes work across the borough and has been informed by regular inspections across the whole network, targeting the areas most in need and making our limited budget stretch as far as possible.”

Improved and well-maintained highways are an essential element of the Council’s progress towards the delivery of the Vision2024 for Calderdale – strengthening the borough’s resilience and providing a platform for talent and enterprise to flourish. A well-functioning network also supports the Council’s priorities – reducing inequalities, tackling the climate emergency and supporting strong and resilient towns.

The Highways Capital Programme 2022/23 will be discussed at the meeting of Calderdale Council’s Cabinet on Monday 6 June 2022 at Halifax Town Hall from 6pm.