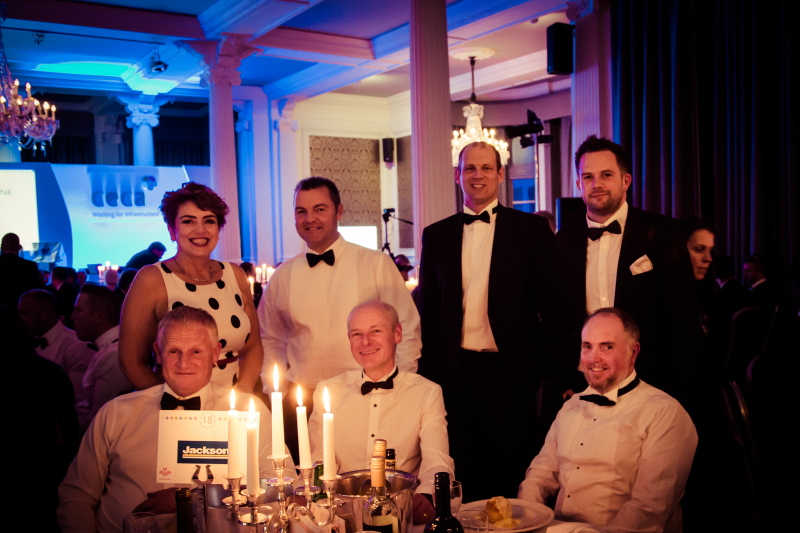 The partnership was nominated in the ‘Project of the Year over £2 million’ category for the Salterhebble phase of the A629 project, and received the prestigious Highly Commended rating.

The project was funded by West Yorkshire Combined Authority’s Transport Fund, which has been part-funded through the Leeds City Region Enterprise Partnership (LEP) Growth Deal – a £1 billion package of funding to drive growth and job creation across the Leeds City Region.

Calderdale Council worked with Jackson Civil Engineering to undertake works and as part of the project, 5000 tonnes of rock was removed to widen the highway to four lanes on Salterhebble Hill.

Two junctions have been remodelled and 6000 soil bags plus seven million seeds have been used to help create a living wall, assisting to improve local air quality by absorbing carbon dioxide and nitrogen dioxide. Pedestrian and cycle lanes have also been included, making for safer journeys.

Pelican crossings have been upgraded and smart ‘Mova’ technology has been installed on all of the traffic signals, which monitor traffic flow throughout the area and adapt the signals to help keep vehicles moving.

Together with the proposed A629 Calder and Hebble Junction project, it is estimated that journey times from the M62 to Halifax town centre will be reduced by 30% for cars, and up to 50% for buses. The built major improvement is forecast to generate an additional £2.3m of growth to the local economy per year, rising to £27.6m when the future phase is delivered.

“This complex scheme is a vital part of the wider improvements to the A629, which will bring significant and lasting economic benefits to Calderdale.”

“The project was delivered in a truly collaborative manner. This fostered an excellent site culture and aided planning and the smooth delivery of the scheme.

The team also engaged with the local community and worked hard to minimise the impact of the project on the travelling public and the local residents along the widening route.”