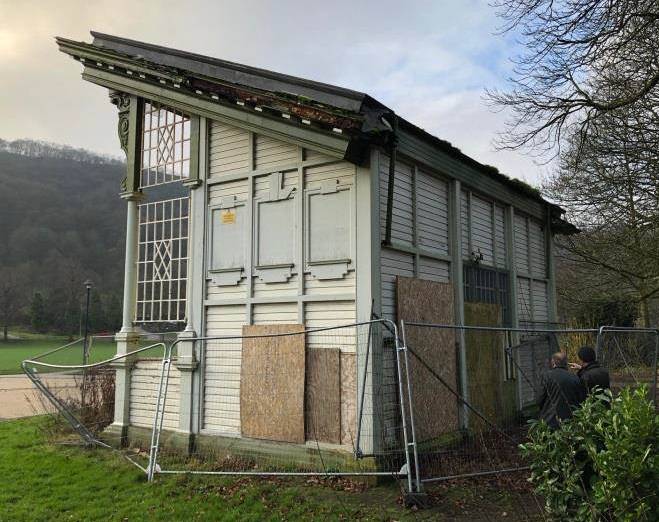 Proposals for the future of the bandstand in Centre Vale Park, Todmorden, will be discussed by Calderdale Council’s Cabinet on Monday 29 July.

A proposed new performance space to replace the current structure is being recommended to Cabinet, which would bring a focal point for shows and events back to the park.

This would involve demolishing the bandstand, which would reduce the risk of further anti-social behaviour, including attempted break-ins, fire damage and graffiti.

The bandstand is in very poor condition due to deterioration and repeated vandalism. It has been closed and fenced off for several years as it is not safe to use.

“Our great parks are a major part of Calderdale’s distinctiveness, and it’s important that they’re safe and enjoyable. We’re proud to have a large number of Green Flag parks, but unfortunately Centre Vale Park lost this status, largely due to the bandstand’s bad condition and the anti-social behaviour that it’s attracting. We’re working with Todmorden Town Council and community groups like Friends of Centre Vale Park to secure the best possible solution within available budgets.”

“The current state of the bandstand is putting people’s safety at risk, and would require costly works to secure or repair it. We have worked hard over the years to try to bring the bandstand back into use, seeking support from community groups to help with fundraising. But we have now reached the point where, with no interest expressed formally by any community organisations to take on responsibility for the bandstand, an urgent decision is needed on its future.”

As the bandstand is located within the Todmorden Conservation Area, further consultation and planning permission would be required to demolish the structure.

To protect local heritage if the bandstand was removed, information panels about its history and a possible model of the structure could be installed in the park to become part of its heritage trail.

The Council would monitor the success of any new performance space. If it was well used and funding identified, it may be possible to build a replacement structure in the future.

All options for the bandstand will be discussed at the Cabinet meeting on Monday 29 July at Halifax Town Hall from 6pm.