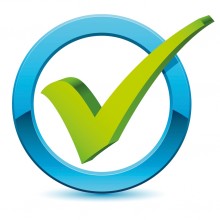 Calderdale Council is set to save up to £600,000 a year, slash its electricity use and cut its carbon footprint by switching to LED street lighting.

Initially, about 450 street lights are being replaced with energy efficient LED (Light Emitting Diode) technology as part of a pilot in Elland, Brighouse and Illingworth, which is due to be complete by the end of March 2017 before a Calderdale-wide rollout over the next three years.

Many of Calderdale’s street lights are old, with significant energy costs and carbon dioxide emissions. To address this, the Council is investing £22 million into replacing 29,000 lights in total across Calderdale by the expected completion date of autumn 2021.

“Switching to LED street lights will bring huge benefits for the whole borough. They help the environment by using less energy. They more than halve our public lighting energy bill, meaning the scheme will pay for itself and we can use the savings to fund other services like fixing potholes. LED lights are more reliable, lasting around four times longer than standard street lights. They are also brighter, helping pedestrians, cyclists and drivers to feel safer at night.”

When installing the new street light columns the Council is also considering future flood resilience, looking at options such as Wi-Fi connections in the columns, higher level connections and battery backup in the event of power cuts.