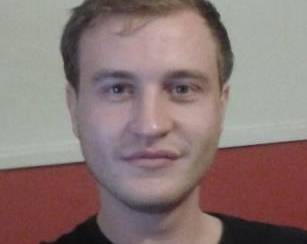 Calderdale Council has completed a review of the green belt across Calderdale, as part of the development of the Local Plan.

Green belt policy was introduced by the Government in the 1950s to prevent uncontrolled urban sprawl by keeping land permanently open.

The current boundaries in Calderdale were put in place by the former West Yorkshire Metropolitan County Council during the 1980s and are included in the Council’s Unitary Development Plan.

The review provides an assessment of the contribution land makes to the existing green belt in Calderdale but does not change its status. The green belt review has been undertaken as an independent exercise and has not been informed by the potential need for development.

“We live in a beautiful part of the world, with pretty rural towns surrounded by stunning countryside and we need to carefully balance this against our need for more homes and local businesses.

“We are required by the Government to review our green belt and have undertaken a professional assessment of how it currently contributes to the purposes set out in the National Planning Policy Framework.

“We have a responsibility to make sure that we can build the homes we need for local people, in the places where they want to live, but not at the expense of our scenery and heritage.”

The first phase of the review identified all the areas in Calderdale which are protected, such as the South Pennines Special Protection Area and Special Area of Conservation and any areas which could not be developed sustainably.  These sites were then removed from the review.

The next step was to identify areas of land, known as ‘parcels’.  These are clearly defined and self-contained areas of land which do not cross a significant boundary, such as a motorway, river or protected woodlands.

The planning team identified 454 parcels in Calderdale which were then tested to measure whether they still meet the Government’s criteria for green belt. To be recognised as ‘green belt’ the land must:

–        prevent unrestricted development which would create an urban sprawl;

–        act as a barrier to prevent neighbouring towns from merging together;

–        safeguard the countryside from development;

–        preserve the special character of historic towns; and

–     assist in urban regeneration, by encouraging the recycling of derelict and other urban land.

The review found that 390 parcels were marked ‘most sensitive green belt’.

Sixty-four ‘mid sensitive green belt’ parcels were found, which are considered to make a less significant contribution to the green belt, however this does not necessarily mean that they will be released for development.  Such land may not be suitable for sustainable development, since it may not be located close to local infrastructure or at sites where people want to live.

The Government requires local councils to find enough land to meet their needs for new housing and economic development. The latest estimates are that Calderdale needs to identify land for nearly 14,000 new houses through to 2032.

If it becomes clear during the preparation of the Local Plan that Calderdale cannot meet its housing and employment needs from the land available within the urban areas, then in exceptional circumstances the Council may consider whether some of the green belt might be released to allow sustainable development. However, the Council would need to demonstrate ‘exceptional circumstances’ to any changes to the green belt.

For more information on the green belt review visit the Calderdale Council website.

The Council has prepared interactive maps which identify the areas of green belt across Calderdale.  These can be viewed at: http://map.calderdale.gov.uk/connect/?mapcfg=Green_belt_review

Further public consultation on the Local Plan for Calderdale and a public inquiry will take place later in 2016 with an Inspector examining the final plan during 2017.

To receive regular updates on the Local Plan and to comment on its proposals, register at http://calderdale.objective.co.uk/portal/planning_services/lp/lp(external link)