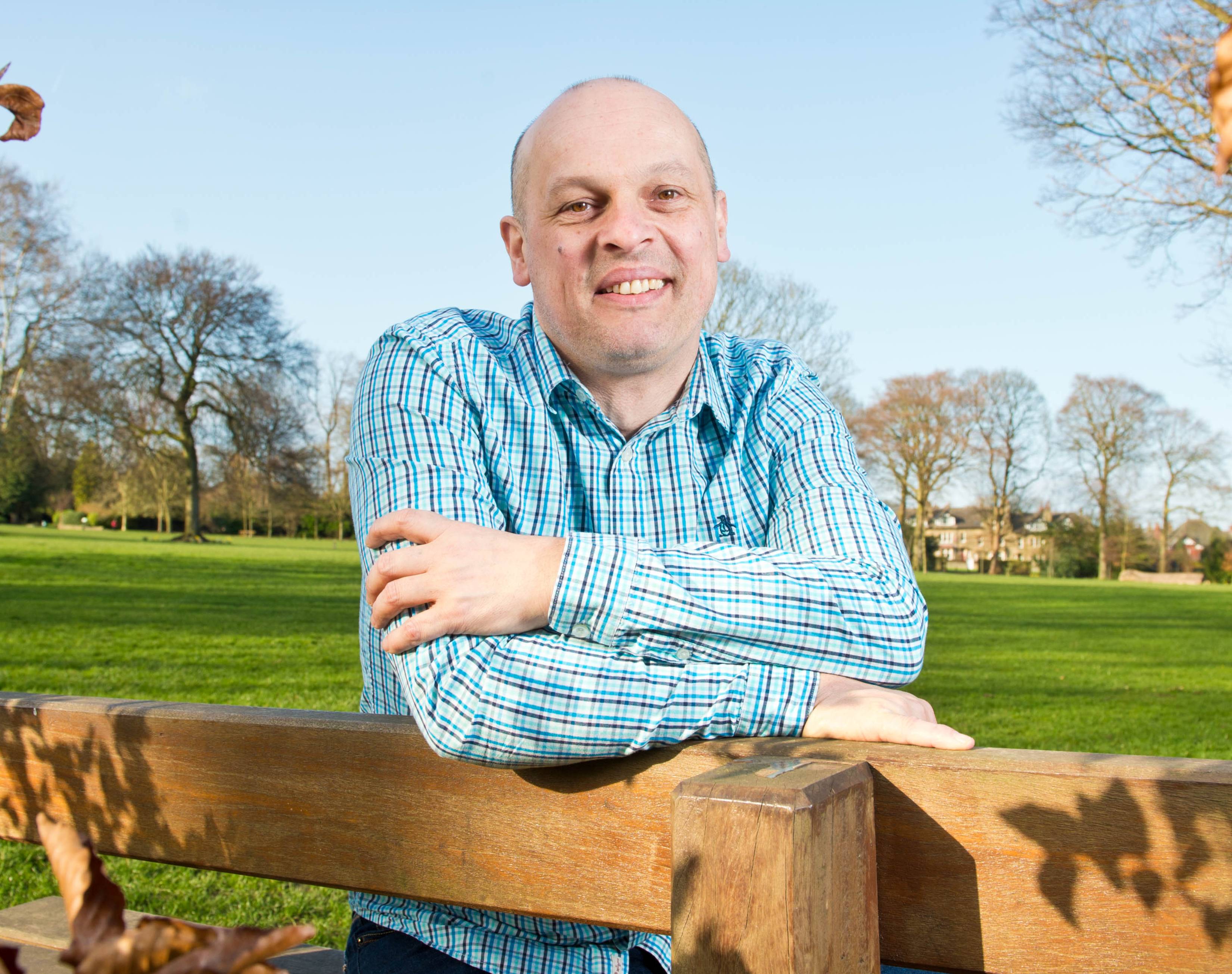 Smokers in Calderdale are being targeted by a new campaign to highlight the effectiveness of local Stop Smoking Services.

Cancer Research UK has launched an advertising campaign, supported by NHS Smokefree, aimed at increase awareness and encourage people to get help from their local Stop Smoking Service, which give smokers the best chance of giving up for good.

Running across a total of 12 towns and cities across Yorkshire and The Humber, the three week awareness drive will see posters across Calderdale.

The campaign highlights familiar frustrations smokers may experience, such as getting out of breath easily while playing football with their kids or when climbing the stairs. These examples are followed by information about the effectiveness of local Stop Smoking Services and how to access them.

The posters feature a simple message which fades out from black to grey to help illustrate the idea of running out of breath, and some digital versions of the posters actually invite people to experience the feeling of being out of breath while reading it.

The campaign will be backed by radio adverts and social media activity.

Specialist support and medication from Stop Smoking services give smokers the best chance of quitting for good.  They offer free one to one or group support from a specialist team of advisers, along with stop smoking medicines which are available for the price of a prescription. Sessions usually start a couple of weeks before a person quits and the service can be tailored to an individual’s needs.

“Many smokers know they should stop and want to, some may have tried to quit previously via willpower alone and failed. For a variety of reasons, we know a lot of smokers feel it is just too difficult for them to give up for good.

“But with help from one of our Stop Smoking advisers in Calderdale, offering support and advice, you will have the best chance of quitting for good.  In fact you’re around three times more likely to stop smoking* if you use a local Stop Smoking Service rather than going it alone.  And the proof is there are now hundreds of ex-smokers in the area who we’ve helped quit for good.”

“We’re pleased to support Cancer Research UK in delivering this campaign. Smoking rates in Yorkshire and The Humber are higher than the national average therefore it’s important that those who want to stop, are aware of the best way of achieving that goal”

“We can’t forget that tobacco is the single biggest preventable cause of cancer.  It is linked to at least 14 different types of the disease including most lung cancers – the leading cause of cancer deaths in Yorkshire and the Humber****.

“At Cancer Research UK we have a vision for the future – a tobacco free UK where, by 2035, fewer than one in 20 people smoke.  If we are to realise this ambition, then it is vital to help smokers beat their addiction for good and make them aware of the most effective method of giving up smoking, which is via specialist Stop Smoking Services”

“Smoking rates have reduced in Calderdale and there’s lots of support available to help more people quit, so you don’t have to do it alone. Our stop smoking services will be with you all the way, to help you start your smoke-free life. ”

To find a stop smoking advisor who’ll give you the best chance of quitting for good visit nhs.uk/smokefreelocal or contact Yorkshire Smoke Free Calderdale on 0800 612 0011 or 0330 660 1166 from a mobile.  Clinics are run at various venues across Calderdale.

‘IF I CAN DO IT, ANYONE CAN’ SAYS A HALIFAX MAN WHO HASN’T TOUCHED A CIGARETTE IN FIVE YEARS AFTER YORKSHIRE SMOKEFREE CALDERDALE HELPED HIM STOP.

The campaign is being backed by Dean Rogers, who first started smoking as an 11 year old and was smoking around 40 cigarettes a day until he was referred to the Stop Smoking Service.

Dean, 48, who is married to Dawn and has two grown up children, had tried a number of times to give up on his own without success, and usually was back on the cigarettes within the month.  But as he got older, the parcel delivery driver started to notice how out of breath he was, how he often woke up with a headache and how much he was coughing.

Then a serious health scare on holiday that finally gave Dean the motivation to quit, and this time he felt ready to do it.

“I had a nasty cough which turned into bronchitis and pneumonia and was coughing up blood.  I was only 42 but I looked really grey and was very poorly and my family were really worried about me.  I nearly didn’t make it and I finally realised this was now a life or death situation for me.  I had to give up the cigarettes, it was all or nothing, but I needed help to do it.”

He was referred to the Specialist NHS Stop Smoking Service by his GP to help him stop.

At his first session at Yorkshire Smokefree Calderdale, Dean was given a carbon-monoxide test – which shows how much of the poisonous gas is in the lungs.  A normal, non-smoker’s reading is six. But Dean was shocked to find that his measured 43 and be told he had the ‘lungs of a 65-year-old’.

“The support I got there was fantastic.  I first started on Champix tablets, but these didn’t work for me.  So I then tried nicotine patches and within four days I had stopped smoking altogether.”

Dean soon began to feel better and he and Dawn, who herself gave up ten years ago, started to enjoy a healthier lifestyle.

“Within a week of stopping I noticed I could smell everything.  Food started to taste better and my persistent cough started to go away.  I began to feel fitter and started going for walks with Dawn.  We have since climbed Ben Nevis, Scafell Pike and Snowdon, something I never even dreamed I would be able to do.   In fact I never thought I would make it to 50.  I will be 49 next month, so I am nearly there.”

Dean is without doubt the support he got from Yorkshire Smokefree Calderdale made it easier for him to quit.  He said:

“The advisers were great.  They had a range of methods available so they could work with me to find the one that best suited my needs.  They gave me continued support and encouragement and a much needed pat on the back when I needed it.

“The added support from other people in the free group sessions, sharing their own experiences of quitting, also helped me through.

“It has been five years now and I haven’t touched a single cigarette since giving up.  I feel so much better and have saved myself thousands of pounds. I have no intention ever to go back to smoking. If I can do it anyone can, so I recommend the service to anyone who is hoping to give up.”