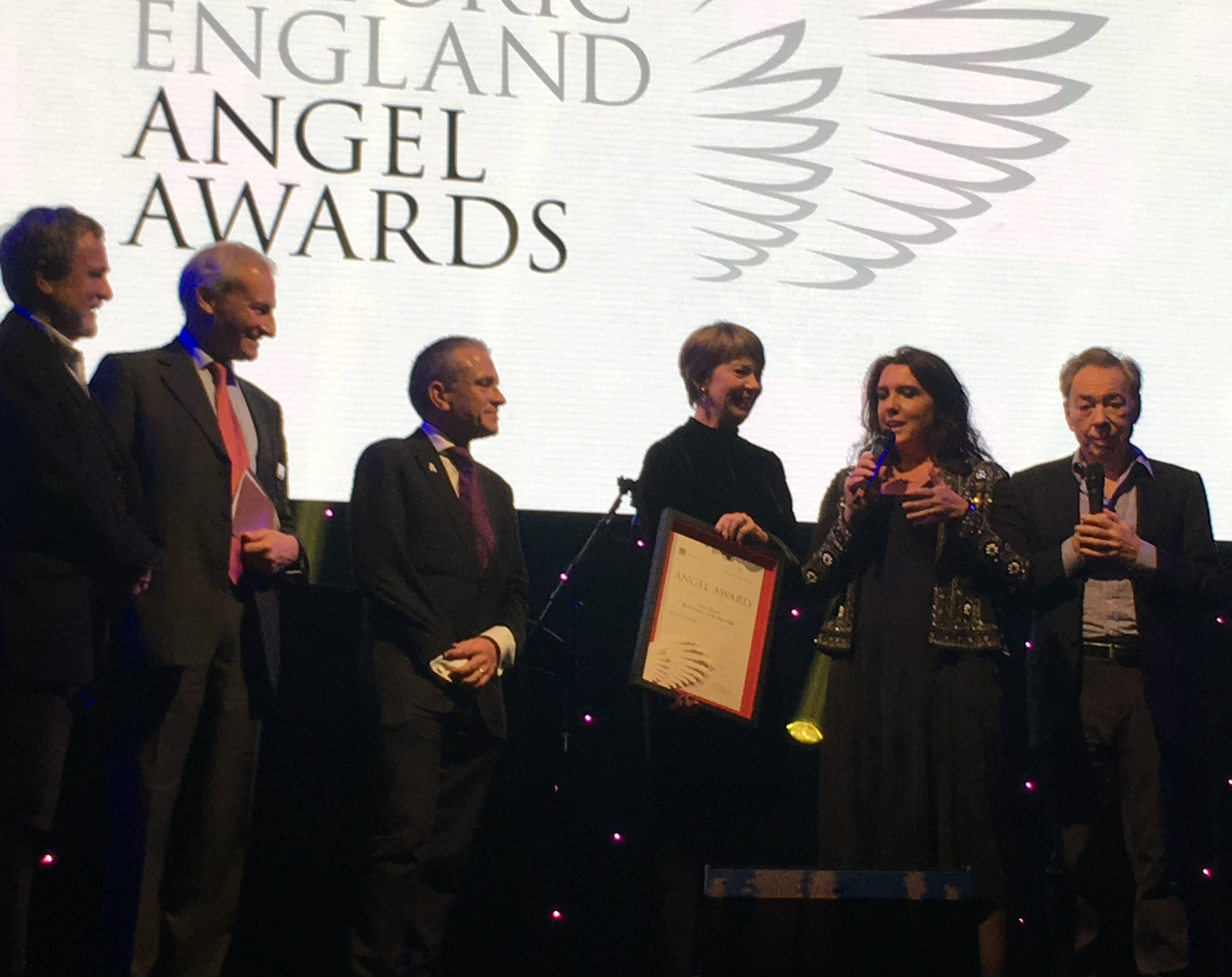 Please see the following quotes from Calderdale Council and The Piece Hall Trust to go alongside the press release below from Historic England.

“We’re absolutely delighted with Claire and The Piece Hall’s outstanding achievements at the Angel Awards. It’s incredible to be the first ever overall winner in the whole of the UK.

“This is extremely well-deserved national recognition. We are so proud of Claire for her role in conserving The Piece Hall for generations to come. It’s fantastic to hear all the positive feedback on The Piece Hall and the Council’s work to transform it into a world-class destination. Andrew Lloyd Webber summed up the project perfectly as inspirational, which is testament to our determination to make this work despite the tough financial times we are in.

“Thanks to The Piece Hall and other developments in Halifax, the town is being compared to major cities in Europe. We see this as the start of a transformation putting Halifax and Calderdale on the map nationally and internationally as a heritage and cultural destination.

“A huge thank you to everyone involved for their wonderful support, including The Piece Hall Trust and our key funders, the Heritage Lottery Fund – thanks to National Lottery players – the Garfield Weston Foundation and the Wolfson Foundation.”

“We were so thrilled to see Claire Slattery and Calderdale Council recognised by Historic England for their extensive work on the restoration of The Piece Hall. It’s now up to us at the Trust to deliver a sustainable future for this astonishing building in partnership with the Council.

“When Lord Lloyd-Webber visited The Piece Hall it was clear that he was impressed with the building and the cultural regeneration of the area, seeing the positive impact that it has had on the whole of Halifax and beyond. We are confident that it will continue to lead the way as a fantastic example of a heritage building re-purposed for 21st Century use.

“These awards top off another extraordinary week for The Piece Hall Trust which also saw the building on national TV for the BBC’s Children in Need programme and final preparations get underway to launch the festive season which kicks off this weekend.”

On Monday 20 November 2017 Andrew Lloyd Webber announced the winners of the Historic England Angel Awards 2017.  Supported by the Andrew Lloyd Webber Foundation, the Historic England Angel Awards celebrate the efforts of individuals and local groups across the country that have devoted their time and energy to bringing irreplaceable historic places back to life.

The ceremony was co-hosted by Andrew Lloyd Webber, whose first love has always been our nation’s heritage, and historian Bettany Hughes at the Palace Theatre in London. Nominees came from across the country to celebrate the achievements of all groups.

Andrew Lloyd Webber said: “Congratulations to all the winners! I’m delighted that these awards shine a spotlight on people who work tirelessly to bring our heritage back to life in such a vibrant way. I am especially pleased that we have crowned an overall UK winner for the first time. I am thrilled that it is the Piece Hall in Halifax. This stunning example of urban renewal should spur on the councils of every major city and town in Britain to do something similar. It is as if St. Mark’s Square in Venice has been deposited in West Yorkshire and puts Halifax on a par with major cities in Europe. The only word I can use to describe it is inspirational.”

Duncan Wilson, Chief Executive of Historic England said: “The Historic England Angel Awards show how the historic environment is for everyone. From the restoration of The Piece Hall which has become a lively destination in Halifax to the innovative business using craft skills to fix bottle kilns in Northumberland, the winners are breathing new life into our historic places. The variety and calibre of this year’s winners is truly impressive and I urge others to enter next year’s awards!”

The Overall Winner award is new for 2017. Andrew Lloyd Webber and an Angel Award judge from England, Scotland and Northern Ireland together chose one ultimate winner to receive the highest accolade.

In 1779, the West Riding of Yorkshire ruled the cloth trade and the Grade I listed Piece Hall is a monument to this time. Claire Slattery undertook a complex project to restore the beauty of the Georgian building and return it as a place of pivotal importance in Halifax. By 2009, work was urgently required to restore the stonework and remedy earlier repairs. Claire successfully secured funding to safeguard the future of the Piece Hall and in 2012 restoration work began. Claire also played a key role in developing heritage spaces within the building, where visitors can learn about what has made the hall so special throughout its history and experience its atmosphere as a trading hall. Thanks to the dedication of Claire and her team, the Piece Hall(external link) reopened to thousands of visitors on 1 August 2017.

Batteresea Power Station Development Company Chief Executive Rob Tincknell said: “The Piece Hall is an outstanding example of where a building’s cultural and industrial history have not only been rescued but enhanced.  This is an exceptionally difficult ambition to realise, and on behalf of the team working on Battersea Power Station it is an honour to support this award which is I am certain is both hard-won and richly-deserved.”

Claire, Slattery who scooped two Angel Awards said: “It’s taken me completely by surprise and I am thrilled! We seemed to blow people away with our project. It’s a wonderful achievement and everything we could dream of! The Piece Hall is loved in Halifax and this award can only help with bringing in more visitors from across the globe.”

For details of the other winners visit https://www.historicengland.org.uk/get-involved/angel-awards/