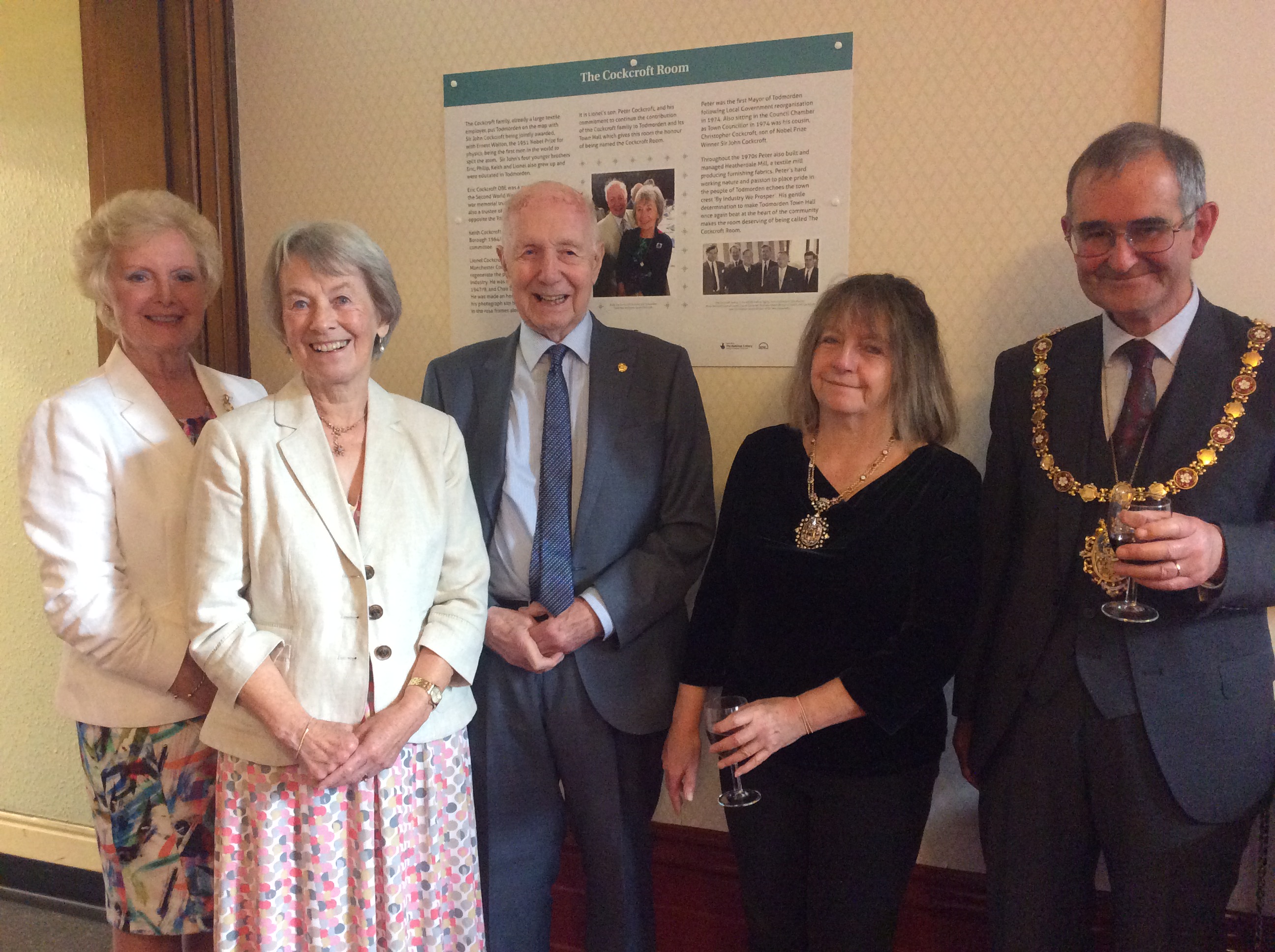 Todmorden Town Hall has renamed its committee room, The Cockcroft Room, in honour of the family’s contribution to the town.

The Cockcroft name is famous in Todmorden and around the world. The family was already a large textile employer in the town, but Sir John Cockcroft really put the family name and the town on the map when he was jointly awarded the Nobel Prize for Physics in 1951 for his work with Ernest Walton on splitting the atom.

“The Cockcroft family is well known and respected in Todmorden and its family members have contributed so much over the years.

“It’s fitting that one of the rooms in the Town Hall has been named after a family who have spent so much time in the building, contributing to the rich history of our town.”

The family’s history is deeply rooted in Todmorden and throughout the 20th century many members of the family took on high profile positions in the town with Keith Cockcroft, Lionel Cockcroft and his son, Peter Cockcroft all taking the role of Mayor of Todmorden.

Peter was the first Mayor of Todmorden following Local Government reorganisation in 1974. Also sitting in the Council Chamber at that time, as Town Councillor, was his cousin, Christopher Cockcroft, son of Nobel Prize winner Sir John Cockcroft.

It was decided that to honour the Cockcroft family’s commitment to Todmorden and Peter’s continued contribution to the Town Hall as a valued member of Todmorden Town Hall working group, committee room A should be renamed as The Cockcroft Room.

Anyone is welcome to become a Friend. To find out more, contact Daniel Jessop, (Acting) Neighbourhood Co-ordinator for Todmorden and Ryburn by emailing daniel.jessop@calderdale.gov.uk  or call 01706 548105/ 07912 891370.