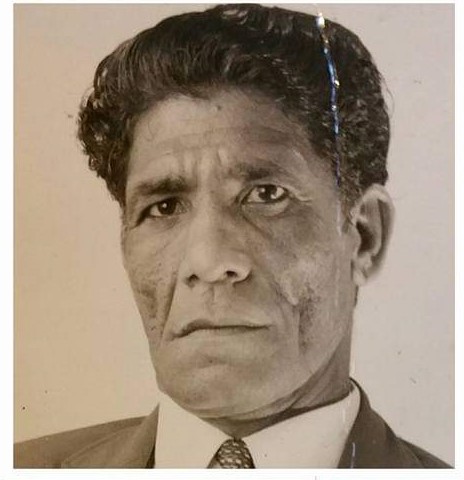 In recognition of this year’s theme for Black History Month, Black and South Asian council staff have been asked to share what they are ‘Proud To Be’,  to show how they are all making history in their own ways, to highlight the contributions and achievements of Black and South Asian people throughout history, and to inspire as many people as possible to take part.

Black or brown, we all form part of British history in ways our children should know and feel empowered. To kick things off, I’m sharing my story. My name is Assia and I was born in Pakistan and raised in Yorkshire. I have a broad Yorkshire accent and to be honest, even my Punjabi has a Yorkshire twang to it! I am the Prevent Education Officer for Calderdale and my role is to support schools in building young people’s resilience against all forms of hate, extremism and discrimination.

Throughout my career and life, I’ve always been drawn to pro-cohesion roles and for this I thank my father, who has always been my inspiration.

My father fought for the British army during World War II, which is one of the reasons why I choose to wear my poppy all year round. In 1947, when the British Army was decommissioned in India, my father secured employment as a security guard for a bank in Gujar Khan. In 1963 he received an invitation from the British government to come to the UK to help fill the labour shortage gap and so, at the age of 39, my father arrived in the UK.

He worked for 10 years in the coal mines and six years at the steel foundry in Shropshire, taking rare trips back to Pakistan. My mother, two older brothers and I joined him in 1978. A year later, my younger brother was born, and it was around this time that my father had to leave his work at the steel foundry to have a serious operation. After a lot of coaxing from my mother who was extremely unhappy in Shropshire, we moved up north to a small Yorkshire town called Batley – mainly because the houses were cheaper, and mum’s sister also lived in Batley.

When I think about my childhood, even my earliest memories are of my father breaking up fights between the children on the street, getting the neighbour’s cat down from a tree or doing the weekly shop for the elderly couple that lived at the top of our street. My father believed in ‘all for one and one for all’ and would daily put this into practice. I attended a multi-cultural primary school and my father was one of the first BAME governors at the school, where he was proactive in helping the school raise funds for various initiatives.

Outside school he was proactive in his attempts to reduce community tensions. One example that sticks in my memory involved a racist gang of white youths who would scare all the Asian children with their big dogs and egg all the women that were wearing shalwar kameez. My father had managed to earn the respect of the gang leader by saving him from being beaten up in a fight from an opposing gang. Suddenly this young man who we had all feared was my father’s best friend and followed him everywhere! That sort of thing tends to stay in your memory as a heroic act.

My father would do his best to support every local initiative that he felt would create unity. This was one of the reasons why so many people from diverse backgrounds unanimously identified with him. My mother would often comment that our living room was like a doctor’s waiting room.

My father was a humble man, but his leadership style has always inspired me. He wasn’t well educated but he was well cultured; he would often use humour and entertaining narratives to engage people and highlight key moral messages. He understood what people wanted and was able to articulate a vision in a way that people in the community understood and were inspired by.

Although my father never shied away from difficult situations, it’s his day-to-day goodness that really makes him a hero to me. He showed me that it’s not just grand acts of heroism that are important: small acts of kindness such as buying a sandwich for a homeless person, carrying your elderly neighbour’s shopping to the car, or offering a hand of friendship to someone who is alone, are all heroic in their own right. He showed me that small acts of kindness mean a lot to people, that serving others builds friendships and networks, and that you get as much out of it as you put in. He showed me that kindness is its own reward, and that you should always treat other people the way you want to be treated yourself.

He never told me that I should do these things: I just saw him do them all the time and only realised when I was older that not everyone does them. He showed me that they should and that it makes a difference. I have tried hard to set that same example to my children through my work and involvement in the community, supporting everyone that I can irrespective of background. It makes me feel proud and hold my head up high when people who knew my father say, “you are your father’s daughter!”

Black History Month is a time to celebrate the achievements and valuable role of Black and South Asian people in shaping our vibrant and diverse communities. For more information, see: https://www.blackhistorymonth.org.uk