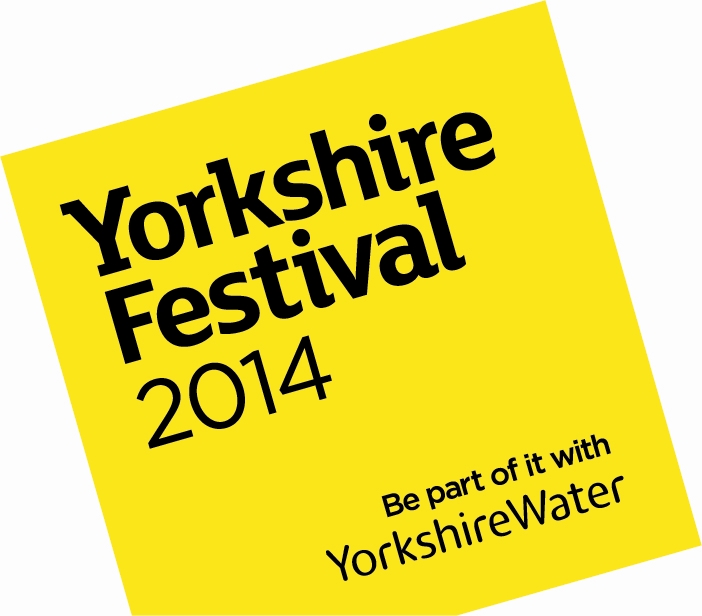 Ambitious plans for a biennial Yorkshire Festival of art and culture starting in 2016 have been announced today.

The ten year plan, which will see major headlining commissions in a programme which has public participation at its heart, has been announced on the day a report reveals that this summer’s cultural festival accompanying the Yorkshire Grand Départ of the Tour de France, generated close to £10 million for the county’s economy.

An independent evaluation report out today on the first ever cultural festival to accompany a Grand Départ also shows that there were more than 800,000 attendances at the 2,225 live performances, exhibitions and workshops over the 100-day Yorkshire Festival programme, with 18,000 people actually taking part.

Yorkshire Festival 2014, conceived by Welcome to Yorkshire, and supported by the Arts Council England, Yorkshire Water and Local Authorities across the county involved 47 headline projects alongside 475 fringe events.

“Yorkshire Festival exceeded all our expectations.  &Co’s rigorous evaluation report shows the festival’s artistic and economic impact and the irrepressible Yorkshire spirit. The cultural industries produced original work in every art form of exceptional quality, ambition and wit.  Participation was the “DNA” of this festival, people got creative as makers and performers at an unprecedented level.  Inspired by the Tour, the majority of the festival events were free attracting both young and old and 48,000 brand-new arts attenders.  It’s been 100 Amazing Days and we’re inspired that our ambitious cultural sector wants this festival to live again.”

Highlights of the festival included the world’s first Ghost Peloton, a monumental outdoor experience which brought dancers and a peloton of illuminated cyclists together in a stunning performance, Tour de Cinema’s premiere of Velorama screened in extraordinary outdoor locations across the county and the unusual Grand Departs, in which 18 cyclists pulled a grand piano up Cragg Vale, brought music to the longest continuous climb in England. Significant new plays were created – Bike Story, written by Mike Kenny and Beryl, actress Maxine Peake’s stage-writing debut.  One of the most influential sculptors of his generation, Leeds-born artist Thomas Houseago produced a monumental new commission – his first for Yorkshire.  Epic land-art, fashioned by artists, cyclists, school-children and young farmers, appeared as Fields of Vision throughout Calderdale and the South Pennines while Hypervelocity saw a fully functioning French Farm miraculously pop-up in St George’s Square, Huddersfield.  And more than fifteen hundred people attended 100 workshops to be part of Hope & Social and Grassington Festival’s live-gig Tour of Infinite Possibility, singing the festival song “The Big Wide”.

“The Festival’s strapline was “Be Part Of It” and the talent of the artists and performers, the enthusiasm of members of the public who joined in or came as audiences, and the generosity of our partners and sponsors made it a wonderful, countywide success. Thanks to all of you for 100 memorable and joyous days!”

Talks regarding a future Yorkshire Festival are now underway.

“Yorkshire Festival shone a spotlight on Yorkshire, creating an exceptional summer for people in readiness for the grandest ever Grand Départ. The success of the festival shows the exceptional artistic talent we have in this county and what we have to offer the world.

With all the current talk of northern powerhouses, this is the perfect time to demonstrate tangible Yorkshire ‘True Grit’, and launch a new festival for the North.  From today, we kick-start our ten year plan to create Yorkshire Festival for the future.”