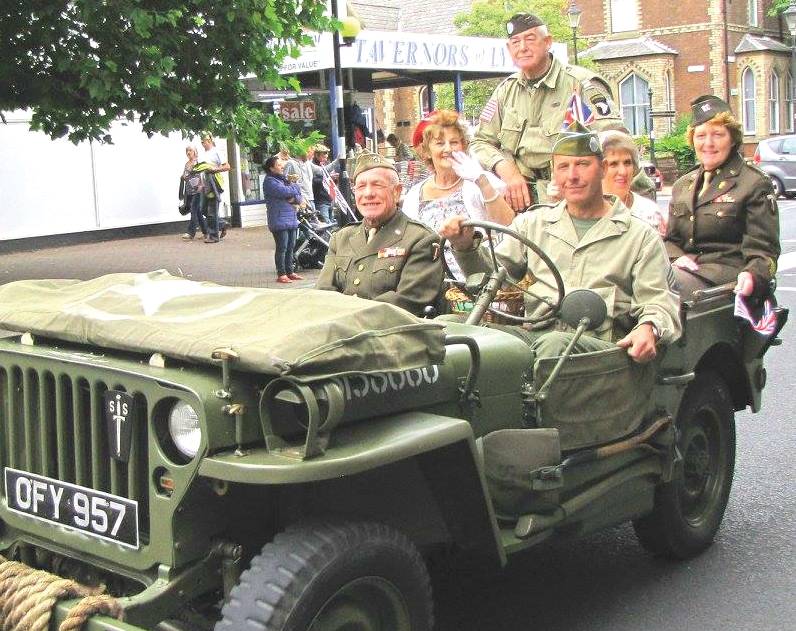 Calderdale families are invited to a special event to show their support for our Armed Forces past and present.

On Saturday 22 June 2019 from 9am until 5pm, Southgate in Halifax town centre will be filled with stalls, military vehicles, equipment, a medical tent and full field kitchen, plus much more.

Run by the Yorkshire Volunteers Regimental Association and supported by Calderdale Council, the free event will celebrate Armed Forces Day (Saturday 29 June). It will give people the chance to learn more about military life and the important contribution of current members of the Armed Forces, Cadets and veterans.

Representatives from the Armed Forces and the Mayor of Calderdale, Cllr Dot Foster, are attending the event.

“I’m really honoured to be joining local people to pay tribute to our Armed Forces past and present, and to thank them for their incredible dedication and sacrifice. We recently saw amazing public support for the Duke of Wellington’s Regimental Memorial unveiling in Halifax, so we hope the crowds turn out again for this special event.”

The new Memorial is just footsteps away from Southgate, so why not pay a visit before or after the event if you haven’t already seen the impressive 18ft statue?

Calderdale Council will fly the Armed Forces flag from Halifax Town Hall from Monday 24 June until the end of Armed Forces Day the following Saturday. A short ceremony will take place at Broad Street Plaza from 10am on Monday 24 June, which everyone is welcome to attend. The Mayor of Calderdale will talk about the significance of Armed Forces Week and the flag will be raised at about 10.20am.

A new exhibition, Don’t Panic! has just opened at Bankfield Museum in Halifax. It showcases objects related to life on the home front in Calderdale and runs until Saturday 30 November 2019. The exhibition is free to visit and marks the 80th anniversary of the outbreak of the Second World War in September. Find out more.