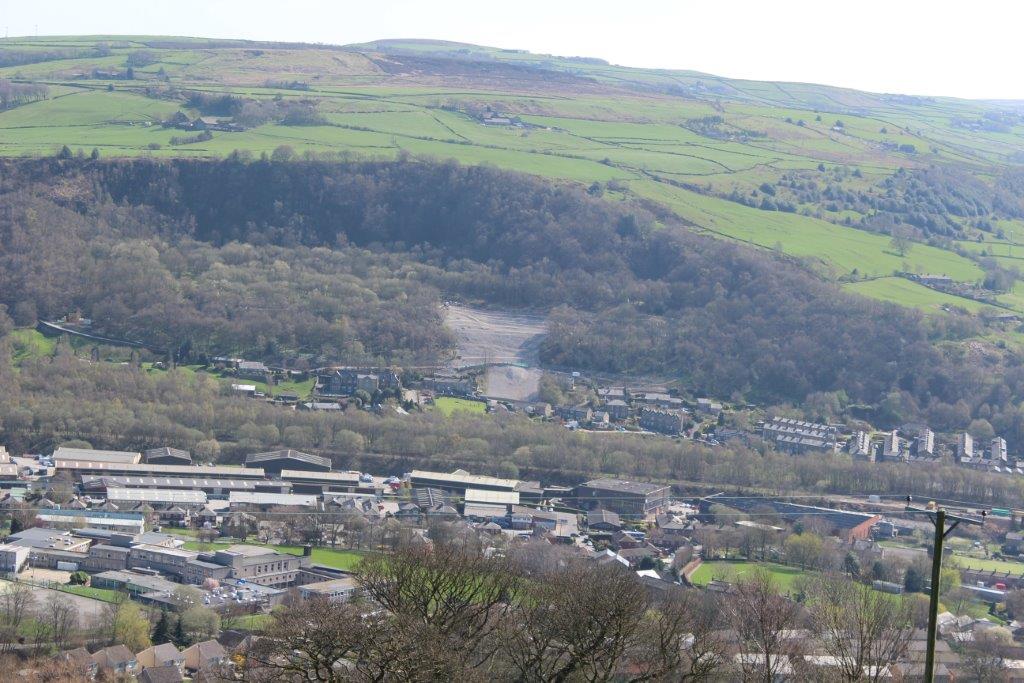 A £6.5 million project to strengthen the hillside, improve drainage and boost flood resilience at Scout Road in Mytholmroyd is now complete.

The Boxing Day 2015 floods caused a landslip which blocked Scout Road and led to the temporary relocation of Scout Road Academy and the evacuation of nearly 20 homes for safety reasons.

As part of its flood recovery work across the borough, Calderdale Council started a programme of repairs to help life get back to normal for local people as soon as possible, and to increase resilience against any future landslips.

The installation of a safety fence enabled the road to reopen and students to move back to Scout Road Academy in October 2016. Work since then has focused on permanently stabilising the hillside.

“The completion of work at Scout Road is a key milestone in Calderdale’s recovery from the floods along with borough-wide flood alleviation schemes and a range of natural flood management projects, it’s a powerful example of our determination to build resilience against extreme weather events.

“We’d like to thank local residents for their patience and support during this huge, vital operation. It has been carried out to the highest possible standard and many of the techniques used have shown real innovation, leading to improved protection for over 80 nearby homes and around 30 non-residential properties.”

The work at Scout Road has been funded by the Department for Transport, designed by JBA Consulting Ltd (the principal designer) and delivered by Halls Construction Services Ltd (the principal contractor). Calderdale Council has acted as client and project manager throughout. The work has included:

“Laboratory tests were also undertaken using samples of the soil to be treated mixed with different proportions of a wide selection of binders to select the most appropriate mix.

“Soil Mixing has proved to be an ideal solution for this slope stabilisation project, but it can also be used in a wide variety of other applications. In addition to the environmental advantage, stabilisation of soft soils by adding binders to reduce settlements and/or improve the stability of the land can be both a quick and cost-effective solution.”

The final touches to the work in summer and autumn 2018 include landscaping and planting bushes to bring more greenery to the area and absorb water to improve flood resilience.