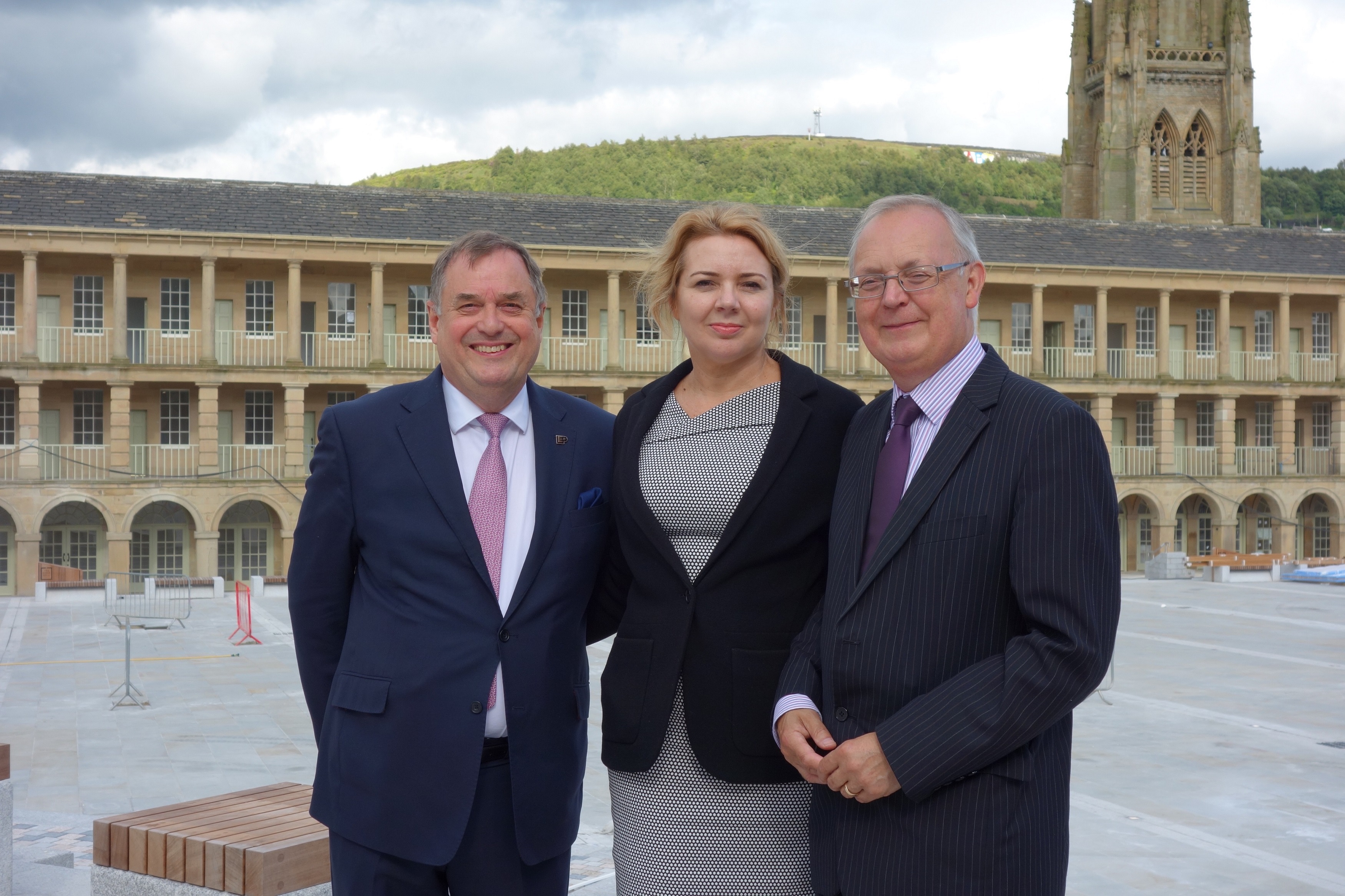 Roger Marsh OBE has been appointed to the role of Chair of The Piece Hall Trust, leading the independent charity tasked with operating the transformed Grade I Listed building into a dynamic new chapter.

The Piece Hall will reopen on Yorkshire Day (1st August 2017), following an extensive multi-million pound renovation. Roger Marsh will help steer the Trust into the new operational phase as one of the most extraordinary buildings in Britain nears its transition into a world class heritage, cultural and retail destination. Roger brings exceptional private sector and public partnership experience to the Trust which is responsible for breathing new life into this most significant public asset, ensuring its long-term survival and continued preservation.

Since 2013, Roger has been Chair of the Leeds City Region Enterprise Partnership (LEP), the public/private sector partnership promoting the Leeds City Region’s interests on a national and international scale by helping enterprise and business to thrive. With over 30 years business recovery, turnaround and insolvency experience across many sectors, he has extensive practical experience of dealing with challenging business, financial, operational and sensitive management issues in listed, PE backed and significant family/privately owned enterprises.

He was awarded an OBE in the Queen’s birthday honours list in 2015 for Services to Business and the Economy.

Roger will replace Acting Chair, Roger Harvey OBE, who will now take on the role of Vice-Chair, to head up a strong executive team including the newly appointed Chief Executive, Nicky Chance Thompson. Nicky will oversee the running of the The Piece Hall when it reopens this summer, having developed brand and retail strategies for major retail developments – McArthurGlen Designer Outlets and Jones Lang LaSalle retail outlets – and regeneration work in Covent Garden.

The transformation of The Piece Hall is already attracting significant investment into Halifax and it has the potential to boost the economy across the whole of Calderdale and the wider region. I am incredibly excited at the prospect of working with the Trustees and the executive team in shaping a dynamic and sustainable new era for a building that once was at the centre of the world’s woollen trade.

The Piece Hall is a complete one-off and, like everyone that has ever walked through its gates, I have fallen in love with its dramatic grandeur and rustic beauty. We are incredibly lucky in Yorkshire to have retained such a significant legacy from our industrial heritage and I’m keen to see The Piece Hall once again play a major role in the economic growth and transformation of the whole region.

Attracting someone of Roger Marsh’s calibre is a terrific boost for the whole team, as we deliver our vision. Roger’s knowledge, experience and strong relationships will be invaluable in helping us to achieve our ambition to create a truly exceptional destination that benefits all who live locally and attracts visitors from far and wide.

In the past few months, as we have been searching for the right person to take the role of Chair, Roger Harvey, a Trustee who has been with the project from the start, has been an energetic and warm Acting Chair. I am extremely grateful to Roger for taking on the additional responsibilities and supporting us as we prepare to run a fully operational Piece Hall.

The renovation of The Piece Hall has been made possible due to funding from The National Lottery and Calderdale Council. The monumental structure and immense courtyard are being restored and transformed with a state-of-the-art interpretation and learning centre, a new east extension and a re-designed piazza.

The first chance for the public to explore the building will be Yorkshire Day. On 1st August at 10am the bell will once again ring, echoing the first ever day of business in 1779 and heralding a significant new chapter for the magnificent Georgian structure.

To mark the reopening, a programme of spectacular free weekend events, entitled ‘Welcome’, will kick off with Andy Sheppard’s Saxophone Massive on 18th August and close with French aerial spectacular The Enchanted Chandelier from Transe Express on 2nd September.