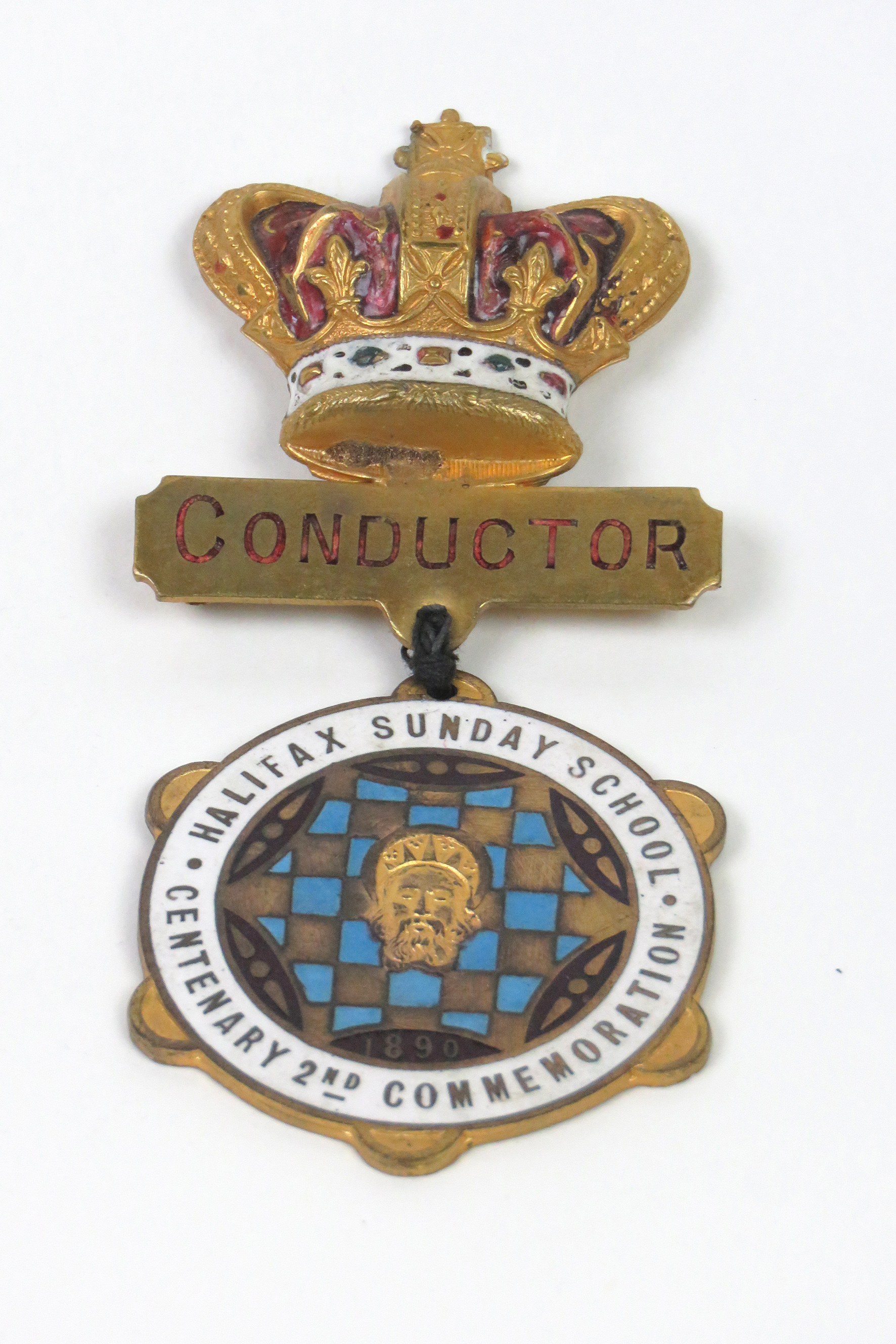 A new heritage centre, which will tell the story of The Piece Hall and Halifax, will be one of the key attractions when The Piece Hall re-opens on Tuesday 1 August 2017.

Preparations at ‘The Piece Hall Story’, in the south arcade of The Piece Hall, are well underway, and a range of artefacts has been carefully selected from Calderdale Council’s Museum Service collection to help bring it to life.

The Piece Hall Story is part of the multi-million pound Piece Hall transformation project, which has been funded jointly by Calderdale Council together with a generous £7 million grant from the Heritage Lottery Fund, thanks to National Lottery players.

One of the most important aspects of the transformation of The Piece Hall has been the opportunity to tell the story of the building and of the town.

It’s a tale of how the ambition and enterprise of our forebears changed Halifax forever, creating great wealth, but also hardship, as the town entered the modern age.

We want to give visitors a flavour of what life was like in Halifax during the heyday of the wool trade, which has left a lasting mark on the town.

Since The Piece Hall was built as a cloth market, for the sale of cloth pieces, a number of the exhibits relate to the history of the textile industry, which played such a key part in the development of Halifax as a centre for commerce.

Tools used during the textile manufacturing process will be displayed, including a yard measure, wool weight, spinning wheel and loom, which would have been in daily use in the late 1700s.

Such a value was placed on cloth, and any other goods in the 150 years before The Piece Hall opened, that anyone caught stealing in Halifax would be beheaded.  The Piece Hall Story will include a gibbet blade and a record of the unfortunate people who met this fate between 1286 and 1650, when the practice thankfully ended.

Many of the artefacts have a direct link to The Piece Hall, such as door locks, with an original key, which date back to 1779 when the building first opened.

There will also be an opportunity to learn about the men and women who lived in Halifax in the years after The Piece Hall opened.

During the early 1800s soldiers used The Piece Hall courtyard as a parade ground for military exercises and drills.  Items from this era will include a regimental drum, a military handbook and a uniform including a sword and bicorn hat, which date back to the time of the Napoleonic wars.

A lady’s dress together with a beautiful gold silk spencer – a short close fitting jacket worn by women in the early 19th Century – will show the changing fashion of the Georgian period.

As the cloth market at The Piece Hall declined in the Victorian age, the building was put to different uses, famously hosting the Sunday School Jubilee concerts which took place between the 1830s and 1890.

These will be marked with a display of hymn music, commemorative mugs, programmes, tickets and posters which celebrated each event.  The Jubilees were great occasions for the town, with thousands of children taking part, and even attended by the Prince and Princess of Wales on their visit to the town in 1863.

The Piece Hall Story will open at 10am on Tuesday 1 August 2017 with the ringing of the trading bell, starting a new chapter in the history of the Grade I listed building.

The Council is also very grateful to the Garfield Weston Foundation and the Wolfson Foundation which are supporting the scheme.