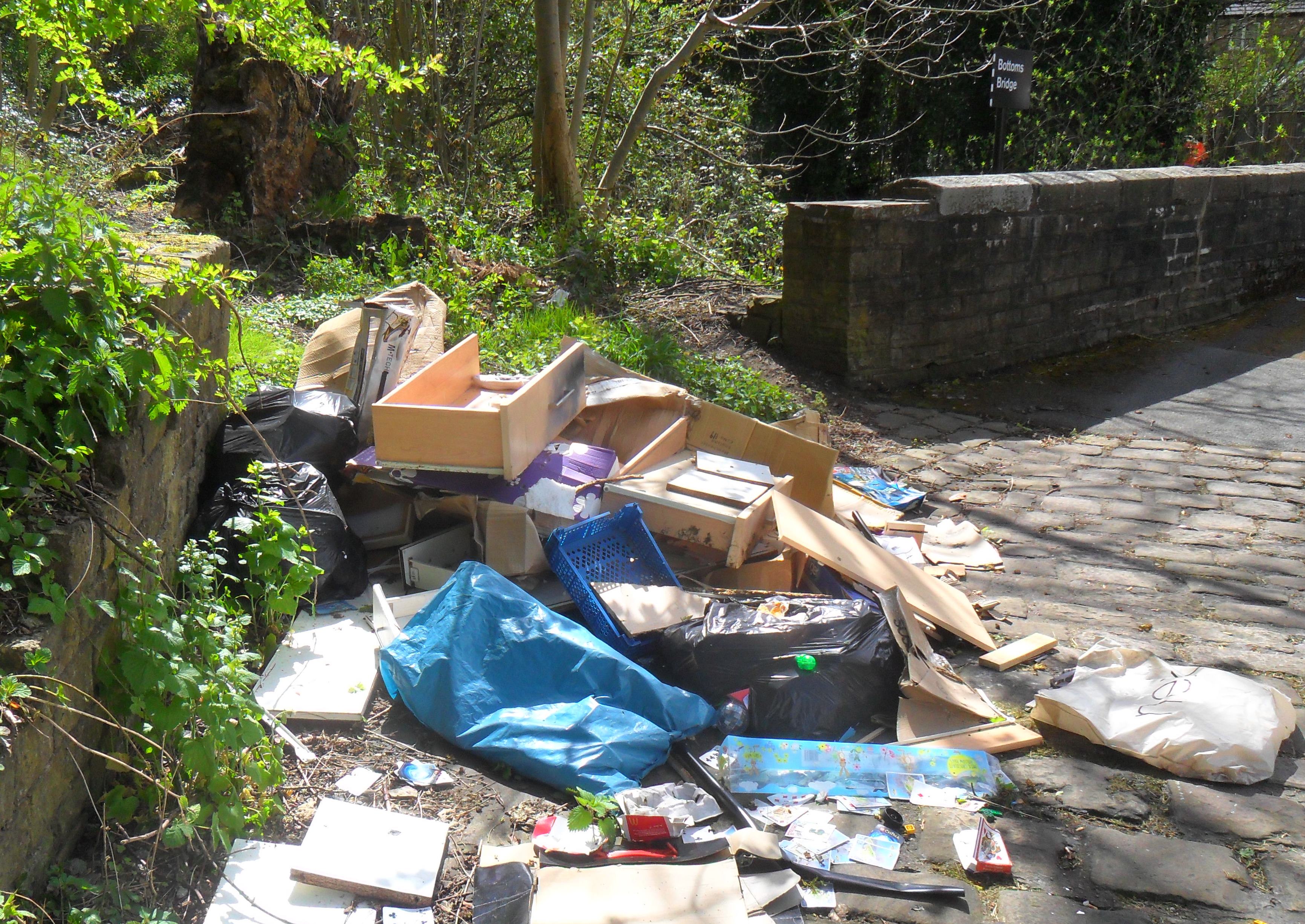 Ways to reduce the amount of littering and fly-tipping in Calderdale have been discussed at the meeting of Calderdale Council’s Economy and Environment Scrutiny Panel.

At the meeting of the Panel on Thursday 20 April, members of the Litter and Fly-tipping scrutiny review group presented their report and recommendations to reduce litter and fly-tipping in the borough.

The cross-party review group has been looking closely at the issue since October last year.

In their research, the group heard from Council officers, as well as councillors and partner organisations, to identify aspects in tackling the issue of litter and fly-tipping that are working well and where improvements could be made.

Their findings have now been published with fifteen recommendations for Cabinet to consider.

The recommendations focus on three key themes of education, enforcement and marketing, and include ideas such as streamlining the process for reporting; placing appropriately worded signage in dumping hotspots; designing a ‘Clean Calderdale brand’; and producing targeted data, breaking down instances into postcode areas and wards.

The Chair of the Economy and Environment Scrutiny Panel, Cllr James Baker, said:

“As part of the work of the Litter and Fly-tipping Review Group, we’ve looked closely at the issue of fly-tipping in the borough – why people do it, how we can deter people from doing it, and how the council’s processes can be improved for dealing with it.

“Littering and fly-tipping really blight our beautiful countryside, and these recommendations are our ideas about how we think improvements can be achieved and also how we can improve our natural environment.”