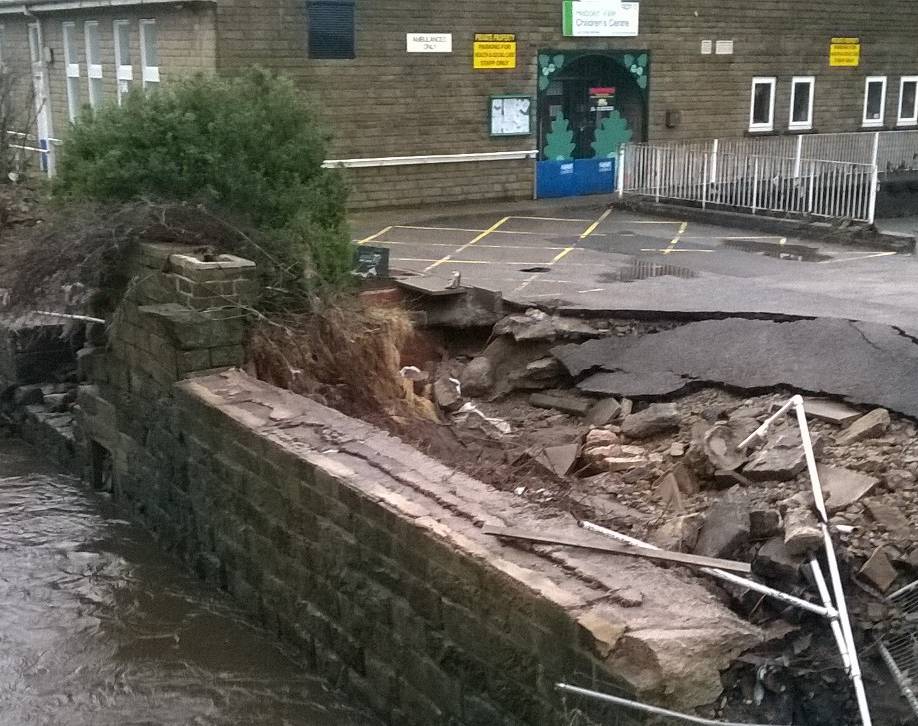 Calderdale Council’s Cabinet are discussing plans for the future of the site of the former Hebden Vale Centre, which was badly damaged in the 2015 floods.

The Hebden Vale Centre was previously used as a children’s centre and a day centre for older people. During the flooding on Boxing Day 2015, the building was seriously damaged and alternative accommodation was quickly found for services using the building.

These services have since permanently relocated after consulting with service users. This means the building is now surplus to requirements and because of the damage it suffered, planning permission has been submitted for demolition and site clearance.

Members will now discuss future plans for the site and will consider a number of options. The recommended option is for the site to be occupied by the Environment Agency (EA) for the interim, as part of their ongoing work on flood alleviation schemes. The planned EA works involve repairs to the river walls and removal of debris and the footbridge. This work is designed to complement wider works across the Hebden Bridge area.

It has been recommended that following the completion of the EA’s works that the site becomes a surface car park, improving the parking opportunities within Hebden Bridge. A business case is to be developed for this purpose once the EA’s scheme has been confirmed and this will require appropriate further approval and consultation.

“The Hebden Vale Centre was in a sorry state after the flooding, and given its prominent location in Hebden Bridge, it’s important this site is utilised in the best way going forward. Parking must be an eventual option.

“In the short term, allowing the Environment Agency to use the site will provide a local base for the ongoing remedial and flood alleviation works in the town.”

The item will be discussed at the meeting of Calderdale Council’s Cabinet on Monday 12 September starting at 6pm.