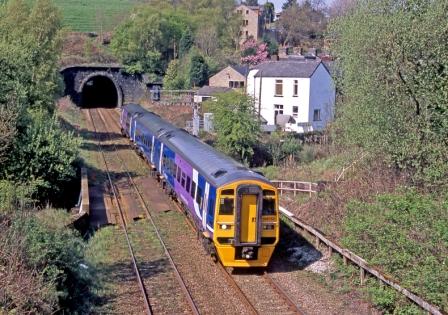 Calderdale commuters could soon see improvements to regional train services after a partnership was agreed between Rail North and the Department for Transport (DfT).

Rail North, which represents local authorities across the North of England, has joined forces with the DfT to take on responsibility for the management and future specification of the Northern and TransPennine rail franchises, which will begin next year.  The new franchises will be in place in February 2016.

Over the past year councils in the north of England have worked together to develop proposals for local decision-making to play a central role in defining future rail services across the region. The Rail North proposals include a ‘Long Term Rail Strategy for the North’, a strong business case, and a new decision-making framework for the local authorities to work together.

“Joining the Rail North partnership with the DfT has given us an opportunity to influence the future of our rail services, which is vital if we are to create sustainable economic growth. At the moment decisions are taken in Whitehall, without due consideration to our local plans and aspirations, yet our rail network has a significant impact on the health of our local economy.

“This new partnership will look at ways in which we can deliver a rail service fit for the future, one which provides better access to jobs, reduced congestion on the highway and an improvement in our quality of life.  In Calderdale it could mean better, more modern trains, ensuring that all of our towns have frequent, reliable, fast services with good connections to Manchester, Leeds and our regional airports; better rail links to serve new and existing business parks like Copley and Lowfields, and delivery of an improved weekend service supporting tourism. We now have the chance to share in the decisions that will determine whether Calderdale gets the high quality services necessary to make sure our economy continues to flourish.”

The DfT – Rail North Partnership is founded on a shared set of principles which include ensuring that new infrastructure, such as the £530m investment in rail infrastructure in the Northern Hub programme, is used in the most effective way to strengthen our economy, and that priorities are clearly defined for future investment in the network and rolling stock.

The partnership will also build on the work Rail North set out in the Long Term Rail Strategy which has gained strong support from businesses, passenger groups and industry stakeholders.

“I’m delighted that the Secretary of State has seen the value of the work the north of England authorities have undertaken over the past 18 months,” said Sir Richard Leese, Vice Chair of the Greater Manchester Combined Authority, on behalf of the Rail North leaders’ group. “We believe that a devolved railway will focus more on the places of the North, their prosperity and passengers. The railway has a key role to play in a more robust North of England economy, and sustainable economic growth must be supported by improved connectivity across the North.”

“The DfT – Rail North Partnership will focus on growing the railway to maximise the benefits of investment, and having a basis for determining investment priorities in future, while at the same time providing passengers with better services and delivering a more efficient railway,” said Chair of West Yorkshire Metro, Cllr James Lewis. “Additional rolling stock will be vital if we are to support an economy where more and more people travel by train to work, for business, and for shopping and leisure activities.”

A joint Rail North/ DfT working group will develop the detail of the partnership proposals for presentation to the Secretary of State, Patrick McLoughlin, and north of England local authority leaders early in the new year.