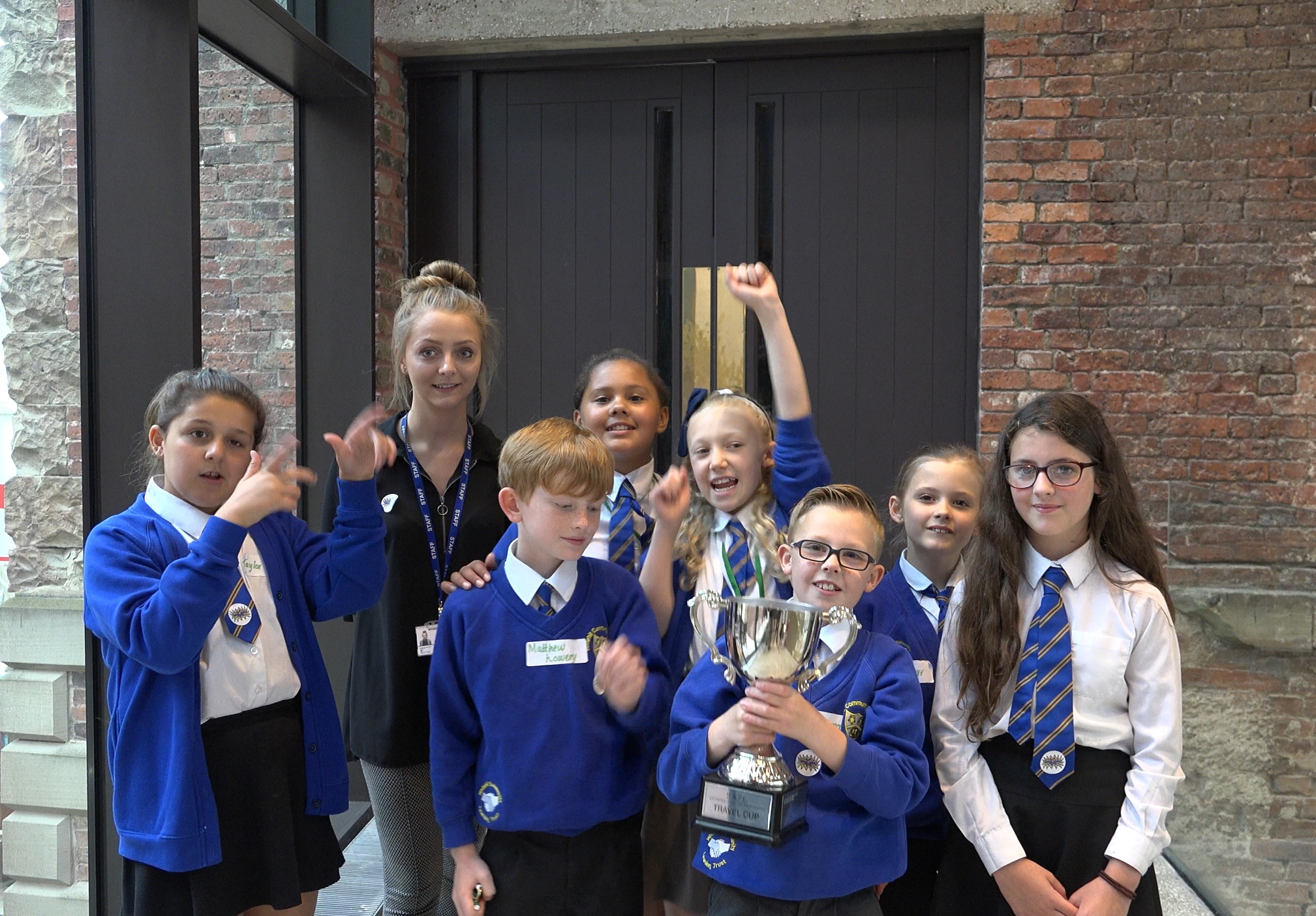 Children across Calderdale have been working on campaigns to promote safer and more active travel around their schools and communities.

Over the last three months, officers from Calderdale Council have led a project with 14 schools, helping them develop their own campaigns, promoting the benefits of walking and cycling, healthy living and sustainable travel.

On Friday 23 June, the seven schools whose campaigns were shortlisted, competed for the SAFE (Sustainable, Active, Fun and Environmental)Travel Cup, pitching their ideas to a Dragon’s Den style panel.

All seven campaigns were innovative and enthusiastically presented by the pupils and the Dragons had the unenviable task of having to choose the eventual winners.

In the end, pupils from Whitehill Community Academy were awarded the SAFE Travel Cup for their ‘Stop, Drop and Ride” campaign which was launched in May.

Their plan, in partnership with Illingworth Fire Station, involves a child being dropped off at the fire station before being accompanied by a member of the Bikeability team to cycle a safe route to school. Children then cycle back at the end of the day and are collected from the Fire Station. This not only reduces congestion around the school, but also helps the school children stay active.

“The SAFE Travel Cup is a great way for children to think about the different ways that safe and active travel can be applied to the school commute.

“Initiatives like this also help our ambition to become the most active borough in the north by 2021. By encouraging active forms of travel we can not only improve our health but also cut down on congestion and improve air quality in our villages and towns.”

“The response from schools to the SAFE Travel Cup has been really encouraging. All the children involved have worked really hard and have been so enthusiastic about their own campaigns.

“Schools have really taken this challenge seriously and have come up with some great ideas to tackle important issues. The children have also gained some important experience in presenting and performing in front of an audience.

“The competition has been so successful it will now become an annual event in the school calendar.”