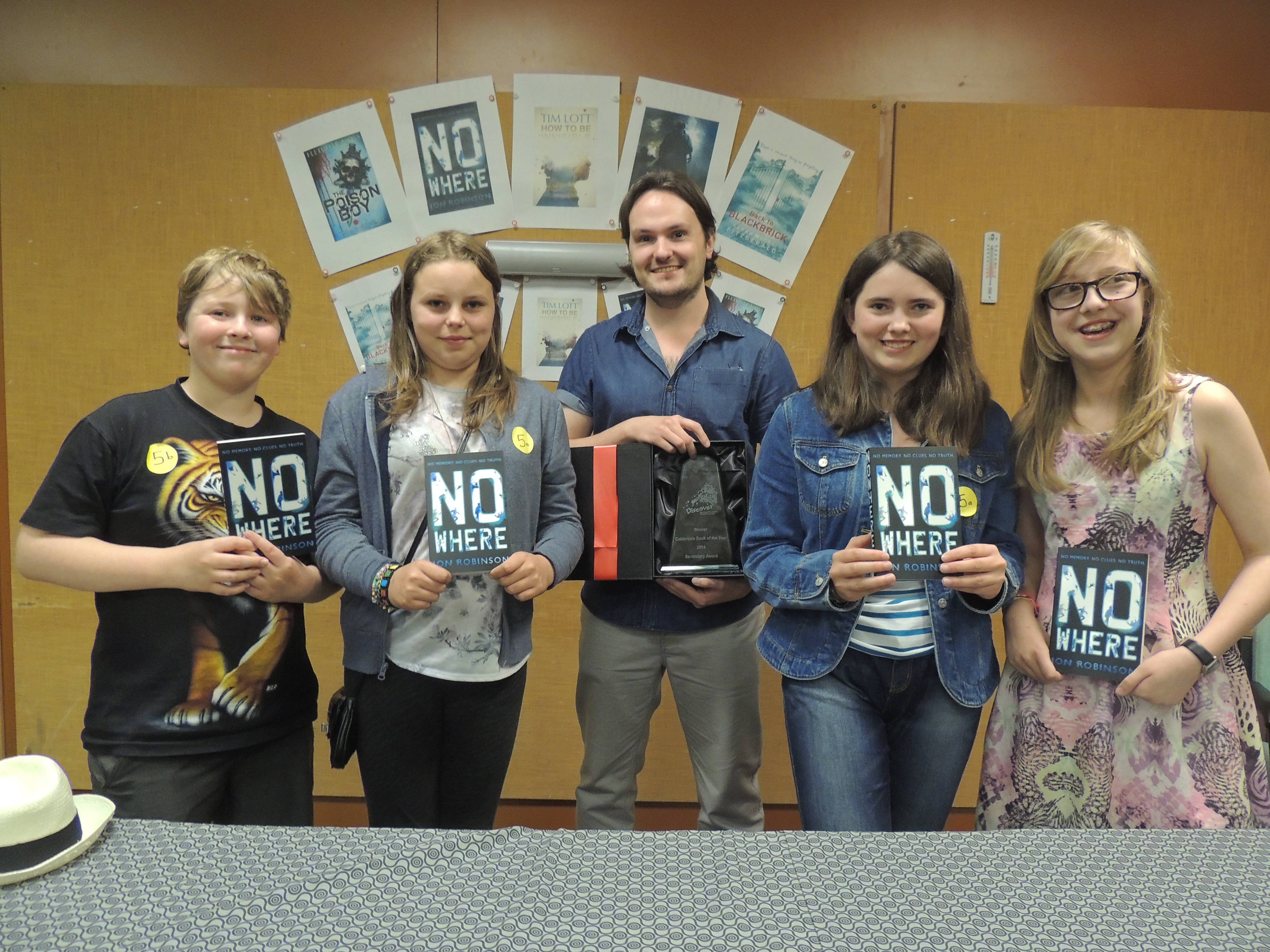 After months of reading and reviewing, on Wednesday 18 June young book lovers from 14 local high schools chose their winner of Calderdale Book of the Year for Teenagers.
The students gathered at a literary lunch at the Central Library, Halifax, where they met the authors of the five books shortlisted for the Book of the Year for Teenagers Award 2014. They discussed which was their favourite book and cast their votes.
The winner was Jon Robinson, author of ‘Nowhere’, and he was awarded with a trophy at the event. The book was chosen from a very strong shortlist, which covered a wide range of genres and styles.
Next Wednesday, 25 June, young readers from 12 primary schools will be down at the Central Library to meet the four authors shortlisted for Calderdale Children’s Book of the Year 2014.
The book awards are now recognised by the UK’s major publishers, and winning the award becomes a significant achievement for the listed authors. Primary and secondary school students in Calderdale have been involved in the book award since 2000, where they’ve each read, discussed and voted on a total of 140 different titles over the 14 years.
Calderdale Council’s Cabinet Member for Communities, Cllr Steve Sweeney, said:
“I always enjoy attending this event and meeting so many young people who are thrilled and motivated to be meeting authors in their area. The standard of the children’s review writing improves every year and many demonstrate important insights into the stories and characters.”
Discover’s Learning Manager, Lynne Hackett, added:
“Authors love the award because it introduces new books to a wide range of children and young people, some of whom would not choose to read such titles of their own accord. The young people read all of the books and discuss their responses and feelings about the texts. This is a project which encourages whole book reading, discussion, and listening to and respecting the views of others – all crucial skills.”
The shortlisted teenagers’ books were:
The shortlisted children’s titles were:
Why not borrow a copy from your local library?
For more information go to discover@calderdale.gov.uk or call 01422 392619.